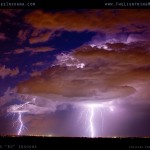 Once again apologies to all readers for the recent lack of timely updates on these pages. I promise it has nothing to do with my own recent string of embarrassing defeats (although I admit that doesn’t do a lot for my motivation!) Here is a brief report from John Kerrane on this year’s club lightning tournament which was played a couple of weeks ago. There will be a report on the first round of Calderdale league matches in the next day or two.

On Monday the 15th twelve players met at  the Trades Club to contest the club’s annual Lightning Competition, the traditional pre-season event on the week before the start of the Calderdale league season.

With a move every ten seconds on a buzzer, you need steady nerves and a bit of luck, as well as the usual chess-playing skills. At the beginning of the game, ten seconds seems quite manageable, but as the game wears on and the position becomes more complicated, blunders and oversights soon start appearing.

In the event, the competition produced a clear winner in John Allan, who led from the early rounds, with a final score of 5½/6. He was well ahead of the two runners-up on 4/6, Dave Shapland and Pete Leonard. Again, Dan Crampton produced the unexpected result of the evening, taking half a point from Allan in the first round.

One of the most entertaining games of the evening was the following king hunt by Nick Sykes against… (oh look!) me. For some reason I decided to test Nick’s nerve and memory by inviting him to play the deadly dangerous Traxler Variation of the Two Knights Defense which I never play with White and he has great experience of with Black. I threw further petrol on the fire by opting for the 5.Nxf7!? line which demands complete accuracy from both players in order to avoid immediate disaster. Sadly I simply wasn’t up to the task (9.d6 was correct I believe and only then 10.c3) and Nick played in thematic fashion to draw my king out into the open and then mate him on a6!. An enjoyable romp I hope at least other readers will agree, even if I must avert my eyes.