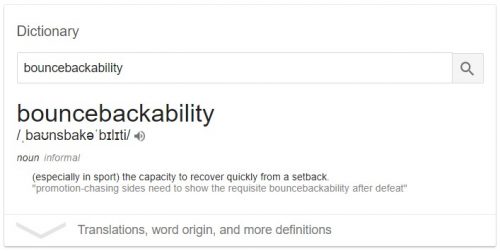 Round 4 of Calderdale League 1 took place on Monday this week and, after a disappointing showing in round 3, both Hebden Bridge ‘A’ and Hebden Bridge ‘B’ were hoping to demonstrate their powers of recovery.

Pete Leonard’s Hebden Bridge ‘A’ team were put to the sword in brutal fashion by Huddersfield ‘A’ in their last match. Now, in a strange quirk of the fixture list this season, they were set to play their fourth consecutive home match of the season – they will in fact play six of their seven matches in the first half of the season at home. This schedule should give all the ‘A’ team members plenty of practice playing with the Black pieces before Christmas!

On Monday night they were up against a resurgent Belgrave ‘A’ side who have bolstered their line up considerably this season with the inclusion of John Morgan and Dave Patrick. The visitors have also shown an impressively consistent line up so far this season using only six players to date. On Monday they brought Ian Hunter, Morgan, Patrick, Malcolm Corbett and Karim Khan to the Trades Club. Pete meanwhile had strengthened his team compared to the one he’d fielded for the Huddersfield defeat. Andy Bak returned to play on board 1 and Nick ‘Syko’ Sykes was back on board 5 after performing strongly on top board for the ‘B’ team in the last two rounds.

As the two teams gathered for the match it was clear that the outcome was completely in the balance. On paper both sides had exactly the same average rating. Would the possession of the White pieces in these circumstances tip the balance in favour of the visitors?

The match turned out to be just as tight as the statistics would have suggested. On board 2, though the Johns Morgan and Allan played out an interesting and intricate dance with John Allan relinquishing a pawn in exchange for active piece play, the game ultimately ended in a draw at the point when it seemed inevitable that Black would win the pawn back.

On board 4, Neil Suttie seemed well set to open Hebden’s account as he got the better of Malcolm Corbett in the opening, winning first one, than a second pawn. However, in reaching out for a third he missed a tactic and had to relinquish a piece. The players reached an endgame in which Malcolm had a rook, bishop and two pawns against Neil’s rook and five pawns. The situation still looked dicey for White but Malcolm managed to stabiles the situation and, finally, they repeated moves and agreed a draw although the engine assesses the final position to be decisively in White’s favour with accurate play.

Andy Bak lost out to Ian Hunter on board 1 but Hebden struck back decisively with wins on boards 3 and 5 to secure the narrowest possible victory. Pete Leonard’s win demonstrated most aptly the natural justice inherent in the game as, having succumbed to an opening trap in horrifying fashion last time out against Huddersfield, he this time sprung a trap of his own to secure a decisive advantage, winning a piece. That he was able to do this against a player as well prepared as Dave Patrick just goes to show that it really can happen to anyone!

Meanwhile on board 5 the Syko was doing his dark work against one of his favourite customers, Karim Khan. Karim tends to play a hybrid Reti-Larsen’s opening system (with 1.Nf3 and 2.b3) when he thinks he’s facing a well booked-up opponent. The approach has worked for him in the past no doubt, but when you are up against someone as well versed in theory as Nick, playing offbeat lines can sometimes back fire. In this instance, even though he’d expected to face 1.e4, Nick wasn’t surprised by Karim’s opening choice and was able to gain a very comfortable position early on in the game as a result.

The middle game developed along purely positional lines and Nick gradually improved his position and simply outplayed Karim who was eventually forced into desperate measures as he gave up a whole rook for just two pawns. The hoped-for initiative never manifested itself and Nick simply handed back an exchange and defused White’s activity to win the game and secure the match for Hebden.

This excellent win put’s Hebden Bridge ‘A’ on three wins out of four. They are still most definitely in the title chase and will next play away at Golden Lion in Todmorden on the 13th of November.

Now to Martin Syrett’s Hebden Bridge ‘B’ team who, despite putting up good resistance in all three of their matches before this one, had failed to score a match point. They too were playing at home on Monday night against fellow back-markers Brighouse. This match represented Hebden’s best opportunity yet to get off the mark.

Brighouse brought pretty much their strongest line up of the season for a match that was vitally important for them too. On board 1 was Robert Broadbent, a player able to take on anyone in the league. Then came Nick Hudson, playing his first game of the season on board 2, Captain Paul Whitehouse on board 3 and Adrian Dawson and Tim Pryke on boards 4 and 5. To meet this team Martin fielded Andy Leatherbarrow, himself, Paul Gledhill, Neil Bamford and Terry Sullivan. With rating advantages on board 2, 3 and 5 and an evenly matched encounter in prospect on board 4, it looked like Hebden might have the edge.

Of course rarely do all the games in a match go according to the ratings. Such was the way of things in this one as Andy Leatherbarrow succeeded in drawing with Black against Robert Broadbent on board 1 despite giving away more than 25 rating points.

It was on the middle boards, where the games were most closely matched, that Hebden did their damage. Neil Bamford dispatched Adrian Dawson on board 4 and on board 3, new player Paul Gledhill took down Paul Whitehouse’s London System in confident fashion. He played sensibly until Paul misjudged a tactic that cost him a piece. The rest was pretty straight forward.

Finally, Captain Syrett won a nice game on board 2. For once it was his turn to face a gambit line as Nick Hudson met his Sicilian Defence with the Smith-Morra Gambit. It’s not in Martin’s nature to play passively to hang on to material and so he didn’t as he prioritized development and placed his pieces on active squares. He also hung onto the gambit pawn with the only cost being that his king remained in the centre of the board uncastled for a pretty long time. It turned out to be the safest place for it as Paul allowed Martin to exchange bishop for knight on g4 and opened the g-file by re-capturing with his g-pawn.

Martin continued to prioritise piece activity until move 22 when he finally decided it was safe for him to castle king’s side. By this time he had a strong positional advantage as well as an extra pawn. Finally, it was Martin and not Nick who got an unstoppable king’s side attack as he pushed his pawns with his opponent pretty much a passive by-stander. At the end Martin broke through decisively with his queen to finish the game in his favour. This gave Hebden ‘B’ their first win of the season.

So, with both Hebden teams showing their ‘bouncebackability’ and keeping their respective hopes for the title and avoiding the drop alive, heads now turned to Halifax chess club where the other four teams in League 1 were gathered.

Halifax ‘A’ took on Huddersfield ‘A’ and Halifax ‘B’ welcomed Golden Lion. Both visiting sides were the only ones left undefeated in the league at the start of the night and, by the end of the evening, they both still were.

Huddersfield ‘A’ are perennial challenges for the title. In recent years though they have failed to get their strongest line up out consistently across the whole season. So far this time they have gotten stronger and stronger. Having defeated Hebden Bridge ‘A’ last time out now they were out to add Halifax ‘A’ to their list of victims and they fielded Greg Eagleton, Mitchell Burke and Dave Keddie together for the first time this season to help them do it.

In fact, in the end it was made to look easy as Greg beat Bill Somerset, Mitchell beat Richard Porter and Dave beat Carlos Velosa. Dave Tooley then beat Sam Scurfield and Steve Westmoreland took down Mac Randhawa to record the League’s first whitewash of the season.

Golden Lion meanwhile were given a head start as, for the second match in a row, their opponents defaulted a board to them. It could have been another overwhelming victory at the Lee Mount Club but in the end the visitors made hard work of it as they lost their first board of the season on board 5 where Marc Turu had a perfectly viable position against Ray Cully only to blunder to instant defeat.

The visitors did manage to win the remaining three games but they certainly didn’t have everything their own way. On board 2 Phil Cook was forced to toil and grind late into the evening against Scott Gornall before he finally converted a rook and pawn ending where he had an extra pawn. On board 3, Andrew Clarkson defeated Howard Wood quickly but realized the outcome could have been different if Howard had spotted a tricky defence that could have netted him a piece.

Finally, Dave Shapland won a piece very early in his game against Vivienne Webster but then played too casually and lost it back before going on to win the game for a second time in a tough knight, rook and pawns endgame when Vivienne got her knight trapped in enemy territory. The final score was 1 – 4.

All of this means that Golden Lion stay on top of the league table by just half a board point over Huddersfield ‘A’. Both have 8 points. Hebden Bridge ‘A’ are in third place with 6 points, Belgrave ‘A’ have 4 and then Halifax ‘A’, Halifax ‘B’ and Hebden Bridge ‘B’ all have 2, while Brighouse stay rooted to the foot of the table and have yet to score.

A number of games from this week’s fixtures can be found in the game viewer below. Thanks again to Nick Sykes for collecting and transcribing many of them for publication.

Next week sees the start of the 2017-18 edition of the Calderdale Individual Chess Championship. As in recent years, all rounds will take place at the Trades Club on the first Monday of the months of November, December, January, February and March. John Kerrane is the tournament organiser. If you haven’t yet entered and you would like to please call (01422 842 426) or email (kerranerie@btinternet.com) John before the end of the day on Sunday 5th of November.