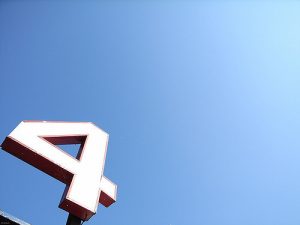 Only four players have a maximum 2 points after the second round of this year’s Calderdale Individual Chess Championship. Photo used under Creative Commons terms and sourced from bicouni’s Flickr photo stream.

After the turbulence of the first round a relatively normal service was resumed in Round 2 of the Calderdale Individual Championship as the higher rated players generally re-asserted their dominance. That wasn’t to say that there weren’t any surprises though. A couple of the underdogs put up stern resistance and manage to draw their games against top seeds.

With the champions from the last four seasons (and also the top two seeds), Matthew Parsons (Hebden Bridge) and Greg Eagleton (Huddersfield), having only managed draws in round 1, there was an opportunity for some of their challengers to maintain a half point advantage if they could manage to win again in the second round. The first surprise of the evening happened before play had even started as the third seed, Mitchell Burke (Huddersfield) did not show up and appeared not to have informed the arbiter, John Kerrane, early enough in advance of the round to be eligible for a half point bye. We will await to see whether or not Mitchell will be given a half point. In any case, Mitchell’s absence meant that the draw had to be carried out again from scratch so the start of the round was delayed.

Once proceedings were underway it was clear that the cohort of Hebden Bridge’s junior players, all relishing the opportunity to play against more experienced opposition, where going to have a difficult evening. All eight of the juniors lost in the end and they put up varying degrees of resistance.

Owen Buchan (Hebden Bridge) faced the toughest proposition as he’d taken a half point bye in round 1 and was then drawn to face reigning champion Greg Eagleton in round 2. Owen quite sensibly chose to play a 2.c3 Sicilian line rather than wade into some theoretical debate and he succeeded in playing some interesting and unusual moves and maintained the material balance but failed to get his king to safety and was gradually out-manoeuvred until Greg broke through on move 21 to threaten mate.

Martha Leggett (Hebden Bridge) was unfortunate enough to have been the extra player in the draw in round 1. The up-side was that she got a full point. The downside was that she now faced another experienced player with half a point to his name Belgrave’s Angel Gonzalez. She also put up good resistance with some sensible play in the opening but slowly it all unraveled and Angel’s experience showed through.

The other junior who showed good fighting spirit was Luca Curry (Hebden Bridge) who took on Pete Leonard (Hebden Bridge) one of the surprise losers in round 1. This was a game of hanging pawns for, while Luca kept his pieces on the board he slowly lost one pawn and then another until Pete had reached a single rook and pawns ending where he had four (!) extra pawns. Luca realized that the game was up at this stage but he had at least managed to reach an ending.

Finally, Toby Dodd also put up firm resistance against Steve Harrington (Belgrave) in an encounter that didn’t have the same gap in rating between the two players as some of the others and was therefore rather more protracted.
The remaining four Hebden Bridge juniors, Gwillem Hughes, Alfie Dermo, Julia Hadari and her brother Joel were unfortunately put to the sword in rather more summary and swift fashion by Robert Sutcliffe (Huddersfield), Vivienne Webster (Halifax), Neil Bamford (Hebden Bridge) and Adrian Dawson (Belgrave) respectively.

In the next round some of the juniors will inevitably start to get drawn against each other and this should begin the process of deciding which of them will win the junior prize in the tournament. Hopefully they are also learning and getting valuable experience from these games played against adult opposition.

Now let’s look further up the draw. The other high-profile victim of round 1 (besides Pete Leonard) was Richard Porter (Halifax). He bounced back with a win in positional style over Bill Joyce (Todmorden). Top seed Matthew Parsons won in similar fashion against Daniel Rivron (Halifax) and Andy Leatherbarrow (Hebden Bridge) capitalised on his excellent draw with Matthew in round 1 by beating Michael Tait (Halifax) to advance to 1½.
That just leaves us with the remaining twelve players (aside from Mitchell Burke) who had won in round 1 to cover. With Mitchell out of the draw they were all neatly paired against each.

On board 1 Martin Syrett (Hebden Bridge) was up against fourth seed Phil Cook (Todmorden). Martin can be a very dangerous player and has been on decent form this season but unfortunately, on this occasion, he suffered a major malfunction. Having responded in typically ambitious fashion to Phil’s provocative opening play, Martin overlooked a tactic that gave his opponent a devastating counter-attack early in the middle game. The end was efficiently executed by Phil who compelled Martin’s resignation as early as move 21 and was the first player to reach 2/2 on the night.

Not long afterwards Nick Sykes (Hebden Bridge) joined Phil on 2 as he took down one of the round 1 heroes, Pete Moss (Halifax), who had beat Richard Porter in fine style. Nick, as ever, was well versed in the opening that appeared on the board as play transposed from a King’s Indian Defence to a Maroczy Bind-type position but with some interesting nuances. Pete’s position gradually became more and more difficult until Nick was able to force a decisive breath through in the centre. He concluded the game with a nice tactic exploiting a pin on the d-file and a knight fork on c7.

It was rather later in the evening before anyone else was able to make it to the perfect score. On board 4, Dave Shapland (Hebden Bridge) faced John Brooke (Belgrave) and played energetically to set up a strong attack and put his opponent under great pressure. Dave won a piece and then another. John soldiered on but he had no counter play and was eventually forced to resign in a hopeless situation just after the players had reached time control.
Interestingly, only one more player was able to join the three now on 2 points. On board 2 fifth seed Ian Hunter (Belgrave) seemed in danger of losing to super-solid Scott Gornall (Halifax) at one point but in the end an acute time-shortage for Scott enabled Ian to escape with a draw which was the least he deserved for his efforts.

The sixth seed John Allan (Hebden Bridge) also faltered against Mike Barnett (Belgrave). Mike is a tough player to beat with Black and John didn’t manage to create any sort of complications or imbalance in the game and as a result the two chopped wood until they reached a same-coloured bishop and pawns ending which was only ever going to be a draw.

The last game of the evening to finish did finally produce a fourth player to make it to 2 points. Richard Bedford (Todmorden) took his time but did convincingly outplay Barry Wadsworth (Halifax) who put up stiff resistance but was already losing by the time he blundered both his remaining pieces in terrible time trouble at the very end of the evening.

The full list of individual results and standings after round 2 are given below. Some of the games from round 2 can be found in the game viewer at the end of this post.

In round 3 on the 9th of January, we should see some really interesting games between the leading players as, providing no-one takes a half point bye, the four leaders should square off and then the nine on 1½