The final game of the 2011/12 season Individual Knockout was played a couple of weeks ago! This competition has become increasingly interminable in recent years and this one has gone on and on until the participants thought it would never end. One competitor wryly suggested that it would have ended sooner if it had been played by post!

The main challenge with any summer tournament is that it has to be fitted around player’s holidays and that can make scheduling difficult. The Knockout is further hindered by the rule which says drawn games must be replayed and this can mean that individual encounters go on for weeks or even months if several games are required to find a winner.

It’s telling to see that, this season, neither the Team nor the Individual Knockout competitions have been organised and this might lead us to believe that their permanent demise is imminent. Certainly there is still an appetite for summer chess amongst the players but the League Committee need to have a long hard think about what to place into the vacuum left by this contest.

Right, enough moaning! Back to the action: the final of this year’s Individual Knockout was a mouth-watering prospect as it matched up this year’s Calderdale Individual Champion (Matthew Parsons) with last year’s winner (Darwin Ursal). These two appeared to be evenly matched and the clock times for the handicap were close enough to make little difference to the way the game was played. Matthew, as the lower rated of the two had the advantage of the White pieces although he was heard to remark that, whenever he and Darwin play it always seems to be the player of the Black pieces who ends up winning.

I’m certainly not a good enough player to be able to offer any erudite exposition on the way the game evolved but what I can tell you is that Matthew had thought carefully about what he would play in the opening and elected to go for 1.e4 (which he virtually never plays) simply in order to transpose the inevitable Sicilian Defence that followed in to a line that he had spent time studying with an early g3. The tussle was very closely matched right into a double rook ending which Matthew played very accurately and was able to snaffle first one and then a second pawn. Darwin tried his best to put up resistance but Matthew technique was admirable and he duly collected a third title to go with his League 1 and Individual Championship gongs. The endgame in particular is well worth closer study by anyone who wants to see how double rook endings should be conducted. 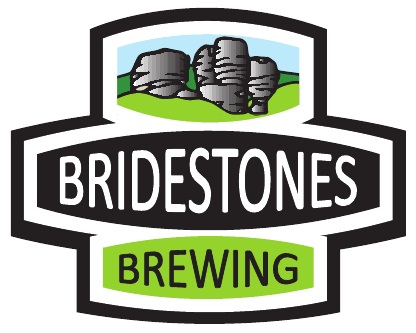 Of course the Bridestones Holme Brew competition has also been progressing and last week Andy Leatherbarrow played two games as he faced Nick Sykes with White on Monday and then Dave Shapland with White on Wednesday. His fortunes were contrasting but interestingly the results of both games hinged on faulty strategic decisions that led to tactical disaster.

On Monday Nick sensibly chose to play the Sicilian Defence in the almost certain knowledge that he would face an anti-Sicilian line. True to his record Andy opted for a Closed Sicilian position. Nick is well versed in anti-Sicilian lines and has an excellent record against them and he soon achieved equality by employing the classic stratagem of queen’s side expansion against White’s king’s side advance.

The crucial moment in the game came when Andy decided to open the centre with 15.d4?! It turned out that Black was much better placed to exploit the opening of the game and Nick soon developed a very dangerous initiative. Having advanced the pawns in front of his king Andy found that his majesty was now metaphorically wearing no clothes and his embarrassment was plain to see by move 23 as Nick arranged both bishops and his queen to point towards the White king from afar. Andy desperately tried to plug the holes but Nick applied the finishing touches by manoeuvring one of his bishops from the queen’s side to the king’s side. This combined with a battery of queen on b7 and bishop on a8 was the death knell. A very well played game by Nick after a strategic error on Andy’s part.

On Wednesday however, the tables were turned as Andy operated the White pieces once more against Dave. This time the opening was a Pirc which Dave has been introducing to his repertoire recently. Dave had anticipated Andy’s likely choice of variation (an early h3) and played the opening in contemporary fashion with a6 and b6 to hold his ground and prepare a counter-strike on White’s centre.

Sadly for Dave that was where his sound strategy came to an end as he then elected to breakout with c5 in stead of e5 on move 10. His motives were sensible in that he was familiar with Benoni-types set ups and had gained a playable middle-game against Mathew in the previous round. However, in this instance the e5 break was needed to hold the line and Andy played very accurately, confident that he knew where to place his pieces and how to meet Black’s plan. Labouring under the misapprehension that his fianchettoed bishop was about to do serious damage on the White queen’s side, Dave plunged in by sacrificing his b-pawn and then opening the a1-h8 diagonal with 18…Ne4? Andy had seen further however and knew that he could give up the exchange for a brutal attack on the Black king. Dave had seen the idea and planned a counter measure but he’d overlooked that a different move order by White would spell disaster and was forced to capitulate as early as move 21 when it became clear he was getting mated or losing a piece for nothing.

This competition enters it’s second half on Monday as Nick takes on Pete Leonard and Dave faces a psychological challenge by having to play Andy again with the White pieces. Matthew is due to play Alastair Wright but it appears Alastair may have withdrawn from the tournament.

All three games mentioned in this post can be found in the game viewer below.