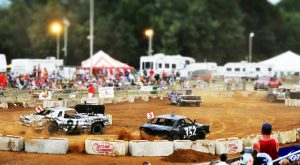 Sometimes the derby match ups can be unexpectedly competitive, other times they can be damaging encounters for the second teams – in this case Halifax ‘B’ and Hebden Bridge ‘B’ managed just a point between them. This image is used under Creative Commons terms and sourced from Julie Falk’s Flickr photo stream

After a Christmas vacation of over a month, Calderdale League 1 teams re-convened this week to begin the second half of the season. With Hebden Bridge ‘A’ just a point in front of title holders Todmorden ‘A’ and two points ahead of Halifax ‘A’ this year’s title race is once again set to be enthralling.

In fact, before we dive into the eight round of fixtures lets round up the only loose end from the first half of the season as Halifax ‘B’ hosted Huddersfield on the 16th of January to play the match that was postponed in November.  The visitors white-washed their opponents in convincing fashion which meant they also closed to within two points of the league leaders at the half-way point of the season.

Traditionally, fixtures between teams from the same club take place in the first and eight rounds in order to eliminate any possibility of collusion for a ‘convenient’ result later in the season. That said, sometimes clubs seem to find it strangely more difficult to get ten players out than they do during the rest of the season. Thankfully, that didn’t happen on this occasion as full line-ups were fielded for both the Halifax and Hebden Bridge derbies. We should have seen a Todmorden derby as well but Todmorden ‘B’ withdrew before a pawn was moved this season and so Todmorden ‘A’ had a bye round which will have suited them with their board 1 player Martin Hamer currently playing in the Gibraltar Open.

Indeed, players absent in Gibraltar certainly had an impact on Huddersfield’s match at Belgrave this week. Both Greg Eagleton and Mitchell Burke are over at the rock and that meant Huddersfield had to put out a weaker team than Captain Steve Westmoreland might have liked. Even more unfortunately, Belgrave chose this week to put out their strongest side of the season with regulars Ian Hunter, Karim Khan and Gordon Farrar supplemented by rare appearances from Richard Bowman and Malcolm Corbett. This meant Gordon played on board 5 which is most unusual.

As it happened strengthening the lower boards didn’t help the home side in that department as Khan and Corbett lost to Nigel Hepworth and Steve Westmoreland respectively and Farrar drew with McFadden on board 5. This might have cost Belgrave dearly but they salvaged a point from the match as Hunter beat Keddie on board 1 and Bowman beat Tooley on board 2.

Now to the ‘demolition derbies’ alluded to in the title of this post. Halifax ‘A’ put their ‘B’ team to the sword most convincingly. Only Peter Hughes on board 1 salvaged a draw with Winston Williams. Beyond that there were wins for Messrs Ursal, Somerset, Morgan and Porter who all out-rated their opponents by 40 points or more!

Finally, we come to the Hebden Bridge derby which the ‘A’ team approached with some degree of trepidation. After all, on the first evening of the season they had been lucky to escape with a draw when Andy Leatherbarrow and Martin Syrett had surprised Dave Shapland and Chris Bak respectively and John  Allan had held Matthew Parsons to a draw.

On this occasion both sides were slightly weaker. Hebden ‘A’ field just one of the two Bak brothers – Chris – and consequently Hebden ‘B’ did not have Nick Sykes amongst their number as he took his regular seat on board 5 for the ‘A’s.

There was still a question about whether the players might have become a bit rusty over the Christmas period having only had the third round of the Calderdale Individual and in some cases, the Yorkshire League, to get their brains back into gear this month. In fact, the most significant factor in this match turned to be the colour allocation for, as the ‘away’ team in this match, Hebden ‘A’ took the White pieces on all boards and made full use of them.

First to finish were Pete Leonard and John Kerrane on board 4. Pete actually blundered a pawn and allowed the queens to be exchanged in the same combination on move 10 but never the less seemed to obtain a reasonably active position by way of compensation. Five moves later John overlooked a tactic that allowed Pete to gain two pieces for a rook and suddenly the game had turned around. Pete played actively after that and sealed a win as early as the 26th move to take his personally tally in the League to 4½/5.

The ‘A’ team asserted their superiority further when Nick Sykes took down Neil Bamford’s Sicilian Dragon to double the lead.  Like Pete, Nick is also undefeated in the Calderdale League this season. In fact his only defeat since September came at the hands of Phil Cook in the last round of the Calderdale Individual Championship. It is on such individual records as these that Hebden are building their title challenge.

On board 1 Matthew Parsons was facing John Allan for the third time this season. They had drawn in the reverse fixture when Matthew had Black and John had played very accurately to hold him to a draw. Then they had played again with the same colours early this month in the Individual when Matthew played superbly to nurse a small advantage to victory. Now Matthew had White and it was evident right from the off that he was determined to make it count. Playing his habitual London System he methodically outplayed John using his formidable understanding of the opening to ruthlessly exploit every inaccuracy. Finally, John cracked under the pressure as he blundered his queen and resigned immediately – oddly enough also on move 26. Matthew has provided some notes to this game which is published along with the others from this match in the game viewer at the end of this post.

This result took the ‘A’ team over the top and on to 3 points. Now it was just a matter of how many points they could score to improve their board count.

The last two games were repeats (but with colours reversed) of the match-ups that had upset the apple cart in round 1. Chris Bak against Martin Syrett on board 2 and Dave Shapland against Andy Leatherbarrow on board 3. The two games were very different in nature with one being sharp and tactical in nature and the other much quieter and positional.

For the second game in a row Dave faced the Two Knights and employed the so called ‘Modern variation’ where White plays 5.e5 instead of 5.0-0 which has a long history. For the second game in a row his opponent chose immediately to take a solid and relatively unambitious path. In round 3 of the Calderdale Individual Richard ‘Beaky’ Bedford had chosen 5…Ng4 and gone on to achieve a superior position. Now Andy took a leaf out of this book by employing 5…Ne4. Dave responded by offering a pawn sacrifice on move 7 which Andy declined in order to try and create disharmony in the White camp. It seemed to work as he equalised easily. Dave tried to keep tension in the position but Andy found a way to get the queens off and then simplify down to an opposite coloured bishops ending. Try as he might to exploit a purely notional positional advantage, Dave couldn’t provoke Andy to make a mistake and eventually the game was agreed a draw. With that Dave’s winning streak of eight games comes to an end and Andy continues his admirable renaissance after having a tough year in 2015-16.

The second chapter of Bak vs. Syrett was a complicated and tense affair in which both players managed to get into zeitnot twice and the outcome seemed in the balance right up until almost the very end of the evening. Martin continues to eschew his old Scandinavian habit in favour of the Sicilian Defence. Chris played an offbeat closed line and seemed to get a solid advantage but as always, Martin wriggled and resourcefully found ways to stir up trouble. In fact kibitzers noticed that Chris appeared to overstep the time limit right before move 36 but Martin, in acute time trouble himself, didn’t notice. It was ironic then that the game was finally decided when Martin overstepped the time limit much later in the evening although by that stage it appeared that his position was hopeless in any case.

The individual scores highlighted a significant change of fortunes from the round 1 match:

These results ensure that Hebden ‘A’ stay top of the league two points clear of Halifax ‘A’ and three clear of Huddersfield and Todmorden ‘A’ who have a game in hand. Their next couple of matches are likely to be absolutely crucial to their title challenge however as they face first the erratic but ever-dangerous Huddersfield at home and then the reigning champions Todmorden away. If they can win both of those two tough encounters they’ll be in the box seat.

Monday night also saw the inauguration of the Calderdale Handicap League which was created primarily to offer league 2 players a few more games during the season. Only three clubs – Hebden Bridge, Halifax and Belgrave – have entered teams, but it will an interesting experiment that could gather more momentum in future seasons especially if the league’s team numbers continue to dwindle.

So, on Monday the Trades Club saw Hebden Bridge host Halifax although Halifax should have been the home team but generously agreed to play in Hebden Bridge as the home side fielded a squad full of juniors meaning travel would have been very difficult. The handicap systemis based on average rating of the two sides with a weighting being awarded to the lower rated team in the form of points on the scoresheet ahead of the match. In this instance the Hebden Bridge started the tie on 1½ points.

Sadly, it didn’t help them much as they lost the six board match by 5½ – ½ with Owen Buchan taking the consolation half point from Glen Roper. The individual scores were:

All five games from the Hebden Bridge derby can be replayed in the game viewer below.