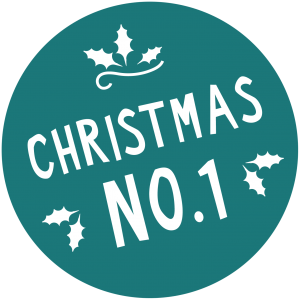 First of all I’d like to wish all our members and readers a very Happy New Year! In this first post of the new decade we’ll be catching up on a plethora of recent action from across the Calderdale Evening Chess League as we reach the halfway mark in the 2019-20 season.

On Monday the 16th o November the first round of fixtures in this year’s handicap league were played. Hebden Bridge travelled to Belgrave and Huddersfield went to Halifax.

In the second of these matches, Huddersfield held a rating advantage on all but the top board where Scott Gornall out rated Alec Ward. However, when the handicap calculation was made the overall rating difference was small enough that Halifax only received a half point head start. It turned out that this was the only score they were going to receive as Huddersfield went about their business in brutal fashion putting their opponents to the sword on every board including the top one were Alec was the only player to overturn the handicap.

Across Halifax at the Belgrave Social Club the home team welcomed Hebden Bridge. Here both teams field six players. It seems that everyone involved thought this was the correct number and were in error – a resolution to this will need to be agreed by the league committee as the Calderdale League website only has room to enter the results from five boards.

Hebden fielded a balanced side with regular ‘A’ teamers, Stavros Pantazopoulos and Pete Leonard, on boards 1 and 2, and two juniors, Zora Sandhu and Jamie Heritage on boards 5 and 6. John Kerrane and Paul Gledhill made up the numbers. Belgrave meanwhile largely featured players who appear most regularly in their ‘B’ and ‘C’ teams and this meant that they too received a half point head start.

Despite an outstanding draw for the home side on board 1 where Dave College held Stavros Pantazopoulos, Belgrave lost the match. Two victories for Hebden on board 2, where Pete Leonard overcame Chris Edwards; and board 5, where Jamie Heritage won in just his second competitive over the board encounter; were accompanied by draws on boards 3, 4 and 5 to see Hebden home by a score of 3 – 4 after the handicap had been taken into account.

POST SCRIPT: Both clubs agreed a way to resolve the issue of having played the match over six boards instead of five. The game between Paul Edwards and Paul Gledhill will not be entered onto the League results website. As the two players were very close in their ratings this means that the overall match result will not be affected the omission of this one board. Handicap League fixtures are not rated and so this will not effect the players ratings either.

This result represents a good start for Hebden in a competition they have a realistic chance of winning.

As we reported on in our last post, Hebden Bridge ‘A’ faced a challenging trip to Halifax ‘A’ on Monday the 9th of December for the final round of fixtures in League 1 this year. The champions brought a very strong line up with Matthew Parsons, Stavros Pantazopoulos, Dave Shapland, Andy Leatherbarrow and Pete Leonard all turning out to face a slightly below strength Halifax team. The hosts were without Winston Williams and Sam Scurfield meaning that they lined up with Darwin Ursal, Richard Porter, Carlos Velosa, Vivienne Webster and John Nicholson in their side.

On paper it looked like the top board would be very tight but then Hebden out rated Halifax by varying degree from board 2 downwards. In the end the result did reflect the statistics but the match was somewhat tighter than the ratings suggested it would be.

Hebden successfully plucked the low hanging fruit early on in the evening when Pete Leonard saw off John Nicholson on board 5 to give the visitors the lead. After that result though, the rest of the games were rather more closely fought.

As expected, the board 1 encounter between Matthew Parsons and Darwin Ursal was a heavyweight encounter. Initially, Matthew appeared to be doing well but then Darwin turned the tables and even won some material but, as the game got sharper and more complex, the Halifax player overlooked a forced draw and the game came to an abrupt end.

Boards 2 and 3 finished at a similar time quite late in the evening. Stavros Pantazopoulos slowly turned up the heat and built the tension in his game against Richard Porter until finally, the Halifax captain cracked by miscalculating a tactical sequence and losing material. It looked like he was in serious trouble positionally anyway.

This result prompted Dave Shapland to offer Carlos Velosa a draw on board 3 in order to try and secure the match. This game too had been a tight and tense affair. Carlos had wrestled the initiative from his opponent in the middle game but didn’t find the right way to press home his advantage and allowed Dave to re-establish control.

Dave’s advantage in the ensuing endgame was quite small, even non-existent, but it seemed that he could carry on playing for a win at very little risk and so that was what he did until a draw was all his team needed. Ironically, in the very position where Carlos shook hands, it appears he may have had a good try for a win himself. However, when you’ve been hanging on with little hope of winning for a while, sometimes you just want the game to be over.

In the end it was probably a good job that Dave stopped playing when he did for, shortly after the board 3 game ended, Andy Leatherbarrow made a critical mistake against Vivienne Webster on board 4 and slumped to Hebden’s only defeat of the night.

Here is the final scorecard for the match:

A crucial win then for Hebden Bridge ‘A’ but a highly creditable performance from Halifax ‘A’ who demonstrated why they’ve been up near the top of the table for most of the first half of this season.

Over in Brighouse, Hebden Bridge ‘B’ were busy bidding for a win that would take them above Halifax and restrict the gap with their ‘A’ team to a couple of points. Unfortunately, Hebden lost the services of Richard Bedford on the day of the match as he succumbed to one of the many bugs doing the rounds at this time of year. Happily however, even with four players, Hebden were far too strong for their hosts as they won on all four of the boards that did see action.

In the third match to take place on the 9th, Huddersfield ‘A’ defeated Belgrave ‘B’ at home to increase their margin for error above the drop zone. Had Belgrave managed to beat them, Huddersfield would have dropped down a place into sixth. Instead they drew two points further ahead to within one point of fourth placed Belgrave ‘A’ who had the bye in round 8.

Huddersfield were happy to welcome Greg Eagleton into their side for the first time this season and he duly saw of Gordon Farrar on board 1. Belgrave struck back on board 3 where Karim Khan took down Richard Boylan but Huddersfield sealed the win when Nick Sykes defeated Chris Edwards on board 5. The other two games were drawn.

All this means that, at the halfway mark, there are no teams on the same points total. Hebden Bridge ‘A’ are top with 11 points, Hebden Bridge ‘B’ have 9 and Halifax ‘A’ are third with 8.

On Monday 2nd of December the League 2 teams played their final round of fixtures in 2019. Run away leaders Huddersfield ‘B’ hosted second placed Belgrave ‘C’ and duly won 4 – 1 to maintain their perfect run of form. They look all but certain to secure promotion back to League 1 next season. The home team dropped just two draws in this match as Belgrave players Dave Colledge on board 2 and Paul Edwards on board 5 managed to hold their opponents.

At the Trades Club, Hebden Bridge ‘C’ were up against the bottom team Halifax ‘B’. This fixture was a very tight one with three draws in the match balanced by a win for either side. Scott Gornall beat John Kerrane on board 1 for Halifax’s win and Chris Marsden won against John Nicholson on board 4 for Hebden Bridge. It’s worth mentioning that a new junior club member, Jamie Heritage, played his first match for the club on board 5 and drew against Andrew Whiteley. You’ll have seen above that he went on to win his next game in the Handicap League against Belgrave. We look forward to seeing how this new young prospect develops.

You’ll find a couple of the games from the matches reported on in this post in the game viewer below.