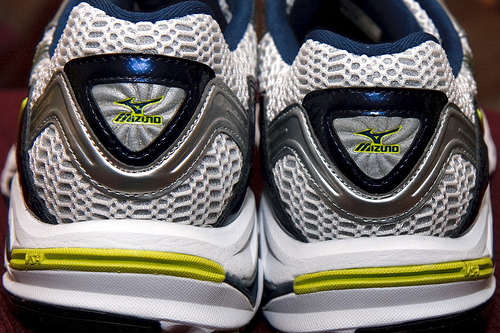 Hebden Bridge ‘A’ are showing a clean pair of heels as they pull clear at the top of League 1. Image sourced from gothick_matt’s Flickr photostream

It’s been another busy week of League chess in Calderdale with both divisions marching into combat.

In League 1 the leaders, Hebden Bridge ‘A’ have developed an apparently plump 4 point cushion at the top of the table after a string of favourable results in this round of fixtures. They began the round 2 points clear of Todmorden ‘A’ and 3 points ahead of Courier ‘A’. Both those teams lost their matches this week. Courier went down 3½-1½ at Belgrave who have turned their season on it’s head after a terrible pre-Christmas campaign. Meanwhile the reigning champions, Huddersfield ‘A’, showed they still have the stomach for a fight by beating Todmorden, also by 3½-1½, at home.

All this meant that Hebden ‘A’ could pull further ahead in the title race by beating their ‘B’ team colleagues. This they duly did by a margin of 4-1. This score line re-asserted the ‘A’ team’s ascendency after the ‘B’s had earned a surprising draw in the corresponding fixture before Christmas. On the night however Dave Shapland’s men gave their relegation colleagues no quarter as they ruthlessly took them apart.

Dave was the first to finish his game on board 4 against John Kerrane. He equalised in the opening fairly swiftly and then found ways to exploit some positional weaknesses that John had created. Sensing he was getting into deep water John tried to create complications but these backfired and Dave tightened the thumbscrews before a tactical oversight on John’s part handed Dave a free knight and he resigned.

On board 2 Darwin Ursal faced the ‘B’ team Captain, Martin Syrett. Martin attempted to throw his adversary in the opening by deploying a different anti-Sicilian line then his usual Grand Prix Attack. He seemed to be doing perfectly well before he too made a tactical error and also lost a piece.

Pete Leonard ground out a very nice positional win against Dave Sugden on board 3. Something appeared to have gone awry in the opening for Dave and Pete made no mistake in punishing him clinically in a game he rightly claims to be one of his season’s “better efforts”.

The most interesting game of the night was played on board 5 where the ‘A’ team’s Nick Sykes deployed Bird’s Defence against Neil Bamford’s Ruy Lopez. This line is very interesting and leads to some highly entertaining and unusual play. Nick seemed to be doing very well as Neil struggled to come to terms with a line he knew little about, but just as the game seemed to be in the bag, Neil set up a cunning trap and Nick fell into it. After that Neil had no trouble claiming yet another scalp in a season where he has gathered a good handful of them.

The last board to finish was board 1 where Andy Leatherbarrow played Matthew Parsons. Andy has shown tremendous resilience on top board for the ‘B’s this season and his statisitcs alone do not accurately reflect the quality of his play against the best in the league. He made Matthew work very hard until, in a pawn and piece ending that seemed to be drawn, he ran out of time to hand Matthew the full point.

All of the games from the derby fixtures can be replayed and downloaded from the viewer at the end of this post. This new game viewer by Chess Tempo has undergone some user testing but seems to be working really well for everyone so I intend to use it henceforth. It’s easy to use, simply select a game from the drop down list above the board and then navigate through the moves using the arrow keys on your computer or the arrow buttons under the chess board. You can play through variations in the commentary by clicking on a move in the variation and then advancing through the moves in the same way as mentioned above. You can also download the games by selecting the command in orange below the moves and annotation area.

In League 2 Hebden Bridge ‘D’ sat out this round of fixtures as they had a bye generated when Wheatley withdrew from the league earlier this season. That just left Hebden Bridge ‘C’ to travel to Courier ‘B’ in this division. John Kerrane picks up the story of the tie.

On Monday evening, Hebden Bridge C travelled to the Belgrave Club, Claremount, Halifax for a match against Courier B in the second division of the Calderdale Chess league.
The match was notable mainly for the fact that all the games were over relatively quickly, and all led to decisive results. While Hebden Bridge C captain John Kerrane and Dan Crampton on board 4 both lost due to blunders, the rest of the team polished their opponents off in style, and the game ended in a 3-2 win for the Hebden Bridge side. The match featured the debut for the C team of Ray Deravairere, who won a pawn endgame on board 5, and looks set to become a regular member of the team.”

This result means that Hebden ‘C’ retain their second place spot in the division. They are 5 points behind the leaders  Todmorden ‘B’ – who thrashed Halifax ‘B’ for the loss of only half a point on Monday night – although they have two games in hand on them. Halifax ‘A’ are 1 point behind Hebden Bridge having played the same number of games as them. Halifax beat Todmorden ‘C’ on Monday. Hebden still have to play Halifax ‘A’ twice and so it seems certain that the result of these two matches will decide which of them gets promoted to League 1 next season.

Next week there is another round of League 1 action as Hebden Bridge and Huddersfield have the second round of their double match up at the Trades Club when Hebden ‘A’ host the champions with a chance to put themselves out of sight in this year’s title race and Hebden ‘B’ host Huddersfield ‘B’ in a match they absolutely must win to have even the remotest chance of staying up. It should be fascinating so stay tuned for more the reports and the games.