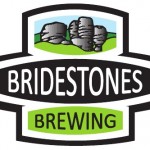 The Bridestones Holme Brew Chess Challenge came to an end at the Trades Club on Monday night as Andy Leatherbarrow and Pete Leonard played out a draw in trying circumstances as the chess players attempted to concentrate over the din of the live football being televised in the main room.

This result allowed Pete to catch up with Dave Shapland in second place with 3½ out of 8 and Andy’s half point enabled him to catch Nick Sykes on 3 points with all these four players finishing well behind the tournament winner, Matthew Parsons on 7.

Below is the final cross table for the competition. Next week Matthew will receive his prize of beer from our sponsors and all the participants will hope that the summer of chess has sharpened them up for the coming season rather than worn them out. These five players will spearhead Hebden Bridge ‘A’s attempt to achieve a “Three-peat” of Calderdale League 1 title’s. They’ll need to be at their best to have any chance of succeeding.

Let’s pause moment to assess the merits of this summer-long contest. The objective was to give the ‘A’ team players some focus over the close season and hopefully provide them with the opportunity to play some decent chess as well. To this extent the competition succeeded because each player had some positive aspects to take away from their games and certainly some of the chess was of a decent quality.

Perhaps the most surprising feature of all was the lack of draws in the competition. Bearing in mind that four of the contestants were rated within 10 points of each other it is interesting that there were only 4 draws (17%) in 23 games and that includes one draw featuring Alastair Wright who withdrew after playing three games. For the record there were 12 White wins (52%) and 7 Black wins (31%).

So, how about the format? Does it have any merits and offer any possible view of summer vacations yet to come? “Perhaps” I think is the answer. Probably it was too much to expect a six-player double round robin to fit comfortably into the summer break and also allow players to be away on holiday. After Alastair had withdrawn it became easier to finish the schedule. Several participants have said they’d like to do something similar again next season and so perhaps two or even three grade-banded sections of 5 players in each would be a possibility. Certainly a planned and agreed schedule would be a good idea to give everyone some structure and a timetable to work to. This could still allow for holidays and be planned around participants’ vacations.

A couple of players also mentioned the idea of inviting in some players from other clubs to take part provided they commit to the schedule and agree to play at the Trades Club. This is an interesting possibility and might enable some additional strength to be drafted in at the high end of the spectrum (mostly to give Matthew a proper run for his money!) Ultimately, the competition is a club contest and the bulk of the participants should come from the membership. I’d certainly welcome some feedback from other members about the possibility of expending the format next summer. Who knows, perhaps Bridestones Brewing will be interested in sponsoring it again.

I asked all of the players to share their thoughts on the competition and their own performance. Let’s start with the thoughts of the winner.

Firstly it was a great idea, it was worthwhile, I had some good games, and I’m glad I took part.

I think the quality of games was reasonable. I believe people were too concerned with the opening and trying to catch out/avoid their opponents strengths, rather than playing to their own, of which I was guilty of in 3-4 games, though luckily I only paid the price once.

Mine own performance – I cannot be disappointed. 8/9 against such a field I believe to be a great performance”

The format of the competition made it unusual and challenging. The round robin is totally different from anything else I’ve done before and I really enjoyed it. It has a somewhat claustrophobic feel to it which lends the whole thing some intensity.

Frankly, I expected to lose both my games against Matthew (though I tried hard to cause him difficulties) and so my objective for the tournament was to score 50% against the others. I managed to succeed in this and so I’m satisfied with my tournament although my loss with White to Matthew is still the cause of some pain!

Being the lowest rated and, in my opinion, the weakest endgame player in the line up, I felt it was particularly important for me to prepare for the opening phase well and to play ambitiously with White. I scored 3 out of 4 with White so I achieved my objective (and ironically I won three endgames where my opponent’s played less well than I did!) However, my performance with Black was not so good (½/4 if you don’t count my draw with Al) and so perhaps I should have stuck to my regular repertoire in my games with Black against Andy and Pete!”

I’m glad to have taken part and would do so again. What do other members think? Given that there is no club championship during the winter, how about setting up a Summer League that is open to all members? Entries could be required by a date that would give time for the competition to be organised.

Say a dozen entered; the thing could be split into two divisions, initially split by grading, but with promotion and relegation, to give those of us who aren’t Matthew something to play for! How many matches? Two against each opponent is the ideal.

As for this tournament, I think the result was a fair reflection of our various abilities. I was disappointed in many of my games; without looking through them again, I lost fairly feebly to Matthew, to Andy and Dave, first time round, and was fortunate to win both of my games against Nick.

I hear what Matthew says about obsessions with openings. I feel my opening knowledge is 30 years out of date! In an attempt not to fall into the more well-known traps, I have tended to focus on just a few openings. Certainly, you know that I’m going to open 1.e4 as White, and respond 1…Nf6 to either 1.e4 or 1.d4. Over time, I may try to extend this.”

I think the tournament has actually been a success, mainly as we managed to get through all the games.

I would like to do something similar next summer, whether we open it to more players from other clubs and do a single round robin, I don’t know?

My own performance was a little strange. In the games I didn’t make one move blunders (with that I mean the computer assessment changing dramatically in one move) I did very well. My openings were a positive, in no game was I worse out of the opening and in 6/8 I achieved clearly better positions (just need to convert the advantage). I played slightly different openings to what people might have expected which may have been an psychological advantage.”

“I enjoyed the matches. Usually I just relax and do no chess across the summer. I will be interested to see if it makes a difference to the season start. The only thing I would try and change would be the uneven spacing of the games, but that may not be possible.

Personally I tried to play positions I know less well or have not tried in matches and different opening lines to my usual ones. This has been challenging but insightful. It was interesting to play the different styles within the team. Generally I was happy with my games. There were just a couple that I was not fully tuned into and got beaten.”

It appears then that this competition, or something like it, may return next summer and hopefully with more players taking part. I hope our readers have enjoyed the games and the coverage. I must also say “Thank you” once again to our sponsor for providing us with a prize. Let’s hope that this is the start of something special!

Below is the final game of the competition. All games and reports can be found on the Bridestones page in the tab above.