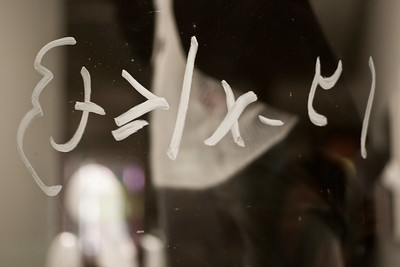 Hebden 1 and Hebden 2 kicked off the new season playing against each other. Who got their calculations right on the night? Read on to find out. Photo credit: litherland’s Flickr photo stream

On March 16th 2020 I played on board 1 for Hebden Bridge ‘C’ as they hosted Huddersfield ‘B’ in the Calderdale Evening Chess League. That was a round 11 match and we’d almost reached the end of the season. Sadly, we didn’t make it to the very end. Little were any of us playing that night to know that this would be the last competitive over the board chess we would play for the best part of 18 months. The COVID lockdown came into effect the following week and all our activity ground to a halt.

Much has changed since that Monday night in 2020. Lockdown life has afforded many people the opportunity to discover the pleasures of playing chess for the first time or has given those who used to play years ago the chance to renew their appreciation of the game. The Queen’s Gambit series on Netflix has glamourised the world of chess and challenged the generally held stereotypes people had of chess players and chess itself. Online chess has boomed significantly and the number of online competitions available to us has expanded as a result – but we’ve also been confronted by an epidemic of online cheating that has damaged the reputation of the game.

A few weeks ago, we were able to start up our face-to-face meetings at the Trades Club again and we’ve been blessed with a steady influx of new members as well as an enthusiastic return to action by our existing membership base. As long as the world can stay COVID secure in the near future and activity is not abruptly curtailed again, it would appear that the pandemic has had a silver lining for the chess community.

Last Monday night Hebden Bridge 1 and Hebden Bridge 2 met for the first match of a brand new Calderdale Evening League season. It was great to be back at the board playing competitive chess again. However, the match was not completely free from the impact of the COVID pandemic. For a start, several of the players who had originally been selected to play either came down with the virus or were anxiously awaiting the results of tests to see if they could leave their homes. The Trades Club was unavailable for the match because they had a gig scheduled that night but our back up venue (the Golden Lion in Todmorden) was unable to open as planned due to staff shortages. Indeed, the match between Halifax’s two teams was postponed as their usual venue was also unavailable.

Riding to our rescue came our friends at Belgrave Chess Club who agreed to host our derby match at their venue so that we could proceed as planned. In recent seasons our top two teams have been selected based on the geography of their player bases with those players from the upper Calder Valley and East Lancashire playing in one team based at the Golden Lion and the those based all points west of Hebden Bridge playing at the Trades Club. Generally, the two sides have been fairly evenly matched and they’ve dominated League 1 in recent times.

This season, there is only one division and all four clubs (Hebden Bridge, Halifax, Belgrave and Huddersfield) have fielded two teams in it. With all our home games taking place at the Trades Club we’ve taken the opportunity to split the strength of our pool of players evenly across the two teams. Thus, on Monday the strongest two players available faced each other on board 1 and then the next two strongest on board 2 and so on across the 5 boards with just a small change on the bottom two boards. The idea was to try and create genuine competition between the two sides and, based on the evidence from Monday, it seems to have worked well. The match was tied with competitive and tense games on all five boards.

Both teams fielded a blend of experienced league players, more recent league players with fewer games under their belts and brand new members who’d never played in the Calderdale League before. Right from the start of the evening it was clear that the match was going to be tight. Board 4 was the first game to finish when Andy Leatherbarrow (playing for the first team) took down Cobus Daneel (one of the two new members) with the Black pieces. This was followed shortly after by a draw on board 2 between Andrew Clarkson (playing for the second team) and Martyn Hamer. These two have faced each other many times before and, despite entering a promisingly complicated line of the Sicilian Richter Rauser, they sensibly decide not to risk too much and signed peace terms in a roughly equal position.

Having fallen behind, Hebden 2 then struck back mid-evening when 15-year old Jamie Heritage beat Dave Shapland to level the scores for the second team. Dave had prepared a line of the French Tarrasch Variation as a bit of a surprise but Jamie coped with it superbly and played accurately to maintain some pressure. Dave committed the first major imprecision of the game and followed it immediately with a more serious blunder which led to a terminal loss of material.

The second team then took a 2½ – 1½ lead when Chris Marsden, who had been steadily turning the screw against the second new player in the match, Jeremy Butts, won a piece and then converted his advantage without too much fuss. That result meant Matthew Parsons (playing for the first team) needed to beat Phil Cook with the Black pieces to tie the match up. That he succeeded in doing this only at the very end of the evening should reveal that this game was very tight, very well played and extremely tense. At the end, Matthew won on time but it appeared he had won endgame anyway. Subsequent analysis with an engine revealed that in fact, Phil could have held the balance but only with a very accurate sequence.

So, the match ended tied which is probably a slightly better result for the first team given they were all playing Black. The final match scorecard is below:

You can view some of the game played on Monday in the game viewer below.

For the benefit of those who are uninitiated, the game viewer above contains some of the games played last Monday night. It will automatically scroll through all of them one after the other unless you tell it to stop by clicking on the ‘=’ button below the board. To select the game you wish to view click on the ‘…’ symbol in the white box above the board. This will reveal a dropdown menu for you to choose from and when you select your game will appear. You can navigate forwards and backwards using the arrow buttons beneath the board or click on the moves in the text box on the right.