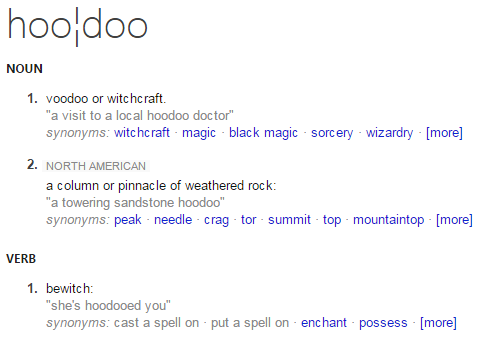 Whatever you choose to call it, there is no doubting that Hebden Bridge have something of a mental block when it comes to playing away to Belgrave

There’s been plenty going on in January but for one reason or another (primarily that I’ve been busy organizing the simul with Danny Gormally – of which, more later this week!) I haven’t had the time to post anything on these pages for quite a while. Here then is a round up of the Calderdale Evening Chess League action from last month.

The first match after the Christmas break can be as tricky as the first match of the season. It’s hard to know quite what to expect and if you haven’t played a serious game in over a month, you may find that you’re a little bit rusty. This season, in the Calderdale Evening League first division the gap between rounds 7 and 8 was more like six weeks than a month. For those who’ve got used to playing a match every week during the league season that feels like an awfully long lay-off.

That’s why, as the players of Hebden Bridge ‘A’ pulled into the car park at the Belgrave Social Club in Halifax two weeks ago, they felt no small amount of trepidation. In the first match of the season, playing Belgrave at home, Hebden had completed what must be one of the most unjust whitewashes in the League’s history. They could easily have lost the match against the visitors but they somehow won 5-0. So, Belgrave would be thirsty for revenge. They also had some historical precident on their side. Last season, in the corresponding fixture, Belgrave took Hebden down 3-2 when, right up until the end of the evening, it looked like Hebden would win it. Reaching further back, Belgrave has been a graveyard for Hebden Bridge ‘A’ on a number of occasions in recent years. Defeat there almost cost Hebden the title four years ago.

On this occasion Belgrave fielded Ian Hunter, Karim Khan, Gordon Farrar, Malcolm Corbett and Mike Barnett. All seasoned veterans of local league chess, all well capable of dispatching players graded higher than them. So, despite out grading their opponents on every board, the visitors knew there was a tough evening’s chess ahead of them. The tone for a tense evening was set early on as all of the games bar one began in relatively quiet fashion. On board 1 Ian Hunter chose to play the Exchange Variations of the Semi-Slav against Andrew Bak. This has the reputation for being one of the most sterile variations in the whole of chess, but that just means Black must be all the more on his guard against complacency.

On board 2, Karim Khan was so desperate to avoid playing another Spanish against Dave Shapland that he resorted to the Nimzo-Larsen Attack with 2.b3 and got precisely nothing from the opening phase of the game. Gordon Farrar, has more of a track record of using eccentric opening lines and he deployed an early f4 against Pete Leonard on board 3 with the game transposing into a pseudo reversed stonewall. Again, White gained no advantage from the opening. Finally on board 5, Mike Barnett is the sort of chap who sticks to the tried and tested and he pretty much always goes for 1.Nf3 and 2.c4. He did so on this occasion against Andy Leatherbarrow too and the players soon found themselves in a symmetrical variation of the English Opening.

The exception to all of this was the perfect storm that began to brew on board 4 where Nick Sykes chose to deploy the Sicilian Dragon against Malcolm Corbett and the game followed a very sharp and extensively analysed course as the two entered the Soltis Variation of the Yugoslav Attack characterised by Black playing h5 to try and slow down the White king’s side advance. Nick correctly observed that he could steal the initiative by sacrificing the exchange on c3 in thematic fashion and he quickly generated a very dangerous attack for his troubles. When Malcolm then overlooked simple tactic that picked up his a-pawn as well his king began to look very vulnerable indeed.

The first game to finish was board 1 where, at some point during the middle game, Andy won a pawn and, despite stubborn resistance from Ian, he was able to nurse this all the way into the end game and covert it to a win. The visitors had taken the lead. A little while after that Gordon and Pete agreed peace terms in a queen and pawns ending that looked dead even. The players made the same assessment and shook hands.

That though was where the good news ended for Hebden. Nick was unable to find a breakthrough against Malcolm and was still an exchange down as the players reached the end game. When Malcolm managed to get both his rooks onto the seventh rank it looked bleak for Nick who was unable to find a means of keeping his position together and had to resign. The match was level.

To make matters worse, Dave Shapland had gone astray against Karim on board 2 as well. Missing his best opportunity of the game to create pressure on the e-file, Dave ended up with one of his rooks running up and down the fifth rank and looking in danger of getting trapped. Rather than accepting an ugly looking position, Dave gave up the exchange for a pawn and seemed to have hopes of grabbing a second. With a pair of rooks off the board he might have had chances of holding or even winning the game but all four rooks were present and Karim’s quickly got active and started to target Dave’s weak queen’s side pawns. Again, passivity did not seem an attractive option so Dave went for activity and counter play hoping to complicate Karim’s task of winning. The Belgrave player gamely turned down a craftily timed draw offer from his opponent, forced himself to calculate through the complications and finally reached a position where he was giving check mate. Belgrave had the lead.

Finally, just as Dave was resigning on board 2, Andy and Mike were concluding peace on board 5. The position was level and both players were short on time having each exhaustively searched every possibility for play left in the game.

So Belgrave extracted their revenge with a fine 3-2 win against a Hebden team who appeared to be still wearing their Christmas jumpers and paper crowns. Here’s the final match score card:

Elsewhere, Halifax ‘A’ were busy routing their ‘B’ team by 4½ — ½. Scott Gornall managed to draw against John Morgan on board 3 but that was the ‘B’ teams only consolation. This results means that Halifax ‘A’ have drawn level on points with Todmorden ‘A’ at the top of League 1. However, the only reason that has occurred is because the other scheduled derby match between Todmorden ‘B’ and Todmorden ‘A’ was postponed, so Tod ‘A’ have a match in hand on their rivals. In the next round the top two will meet at Halifax for an encounter that Halifax must win in order to have any chance of overhauling the champions. It should be a cracker.

A few days after these two fixtures were played, Huddersfield hosted Brighouse and then dispatched them 4 — 1 without losing a single board. Wins on the bottom three boards by Messrs Hepworth, Westmoreland and Charesworth were the difference as the top two boards ended in draws.

So, despite losing to Belgrave, Hebden Bridge ‘A’ hold on to third spot in the league behind the evermore distant leading duo. That said, both Huddersfield (in fourth) and Todmorden ‘B’ (in fifth) have two games in hand on them and are only two points behind.

The teams in League 2 had emerged from their Christmas vacations a week prior to League 1 and they then played another round of fixtures this last Monday. John Kerrane reports on the most recent matches for Hebden Bridge ‘B’ and ‘C’.

“On a busy Monday evening at Hebden Bridge Chess Club… our two second division teams were both in action.

The ‘B’ team took on Halifax ‘D’, who put up stiff opposition to what was, on paper, the stronger side, and it was not until the last game to finish, between Hebden’s Freddie Exall and Halifax’s Michael Tait went Hebden’s way, that the 3 — 2 win for the home side was clinched.

Courier had generously offered to play their ‘home’ fixture against Hebden Bridge ‘C’ at the Trades Club, to allow Hebden Bridge’s junior players an opportunity to play, and the youngsters played so well that the match could easily have gone 2 — 3 in their favour. However, lack of experience in the endgame led to their advantages slipping away, and the final result was a 4 — 1 win to Courier.

Luca Curry’s game against John Smith on board 2 ended bizarrely — John made a move and offered a draw, overlooking a simple mate for Luca on the next move. Luca missed it too, and accepted the draw.

A few weeks before this most recent round of fixtures the two Hebden teams had met for their second derby match of the season. The ‘B’ team used this match as an opportunity to field a few juniors themselves which in turn allowed John Kerrane to give some of the fringe players amongst his young charges the chance to get a bit of experience. The bottom two board of this match were all junior affairs which but the more experienced players triumphed here. Only John Kerrane himself managed to win on board 1 against Neil Bamford as Hebden ‘B’ ran out comfortable winners. The final match scorecard looking like this:

Some of the games from the fixtures mentioned in this article can be found in the viewer below.