This week our alliterative headline leads us into the second round of the Calderdale League 1 season. Last time out we mentioned that Hebden Bridge ‘A’, the reigning champions, did not play their scheduled derby match after the club was forced to withdraw the ‘B’ team due to a lack of players. This just meant that the ‘A’ team were chomping at the bit to get their first match under their belts and they traveled away to Brighouse for their first taste of combat. 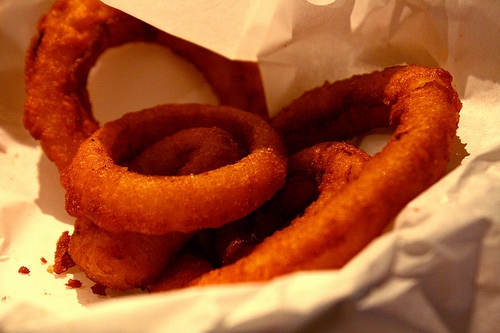 Having lost Matthew Parsons before the season started and then discovered that Pete Leonard was unable to play in this fixture as well, Captain Nick Sykes was forced to take drastic measures with the scanty resources available to him. Fortunately he was able to call upon the services of Andy Bak who stood in for Pete in one match last season. This meant that the two sides were pretty well balanced ratings-wise with Andy out-grading Brighouse’s Dennis Breen on board 1 and Robert Broadbent outgrading Hebden’s Andy Leatherbarrow by a similar margin on board 2. Boards 3 and 4 were more closely matched although Hebden had the stronger players on paper in both cases, and on board 5 Hebden’s Josh Blinkhorn faced a completely unknown quantity in the form of Mike Brocklehurst who was returning to competitive chess after a number of years away from the game.

In the corresponding fixture both last season and the season before Hebden had come close to disaster only to win by the odd board in matches that saw all five games ending with wins for one side or the other. This time there was but a single draw! The night started well for Hebden as Nick Sykes won the battle of the Captains against Bruce Bendall on board 3. Nick always enjoys facing the Anti-Sicilian lines and has an excellent record against them. He confidently repelled Bruce’s Grand Prix Attack set up and then went on the front foot to launch a devastating attack which was all the more effective due to Bruce still having his queen’s rook and bishop parked up and out of the game.

Not long after this Andy Bak and Dennis Breen agreed peace terms on Board 1. Dennis deployed a King’s Indian Attack and played it fairly quietly thus allowing Andy to equalise without any problems. However, Dennis always manages to find activity in his games and this was no different as he initiated some tricky middle game play. Andy navigated the tricks and reached a position which the computer suggests was much better for him but, seeing that there were still some murky waters to navigate and a favourable match score he steered towards a line that forced a draw.

Josh was playing his first game for Hebden Bridge ‘A’ and was left with the unenviable task of taking on a returning player of whom nothing was known prior to the game. This is always tricky. Mike employed the Four Knights Game and Josh chose to complicate the game early on rather than allow dull symmetry to emerge. This paid off handsomely as he soon developed a strong attack. Mike defended stoutly but eventually his position as overwhelmed and he started to haemorrage material.

Josh’s win sealed at least a draw for the visitors but Robert Broadbent then gave Brighouse a chance as he complete a trade mark grind against Andy Leatherbarrow. The opening was typically obscure from both players but Andy lost a pawn in a multiple minor piece ending. It looked like he might have counter play but in the end, as Robert put it so apositely after wards “a pawn is a pawn”. Yes, and Robert is not the kind of player that you want to give a pawn to. He tends not to give them back and then makes you suffer interminably.

That just left Dave Shapland’s game against Paul Whitehouse to finish off the night. In fact, by the time Andy and Robert had finished this game too was all but over as Dave had managed to launch a king’s side pawn storm against the enemy monarch that seemed certain to end in regicide. Earlier Paul’s passive opening play had allowed Dave to achieve all the benefits of a King’s Indian type-attack but without any of the usual draw-backs. It was a bludgeoning rather than a rapier like offensive in the end but it ended in entertaining checkmate none-the-less.

So, Hebden avoided a bloodbath but won more convincingly than in previous seasons as the bottom three boards carried them across the line. One suspects this will have to happen on a very frequent basis if Hebden are to have even the smallest hope of fighting for their title again this year. The final match score card was:

Elsewhere, Todmorden ‘A’ sat the round out having been scheduled to play Hebden ‘B’. Whilst they did so their ‘B’ team suffered at the hands of the ferocious Halifax ‘A’ side who travelled with an even stronger team than had drawn with Huddersfield in round 1. Wins by Winston Williams and Darwin Ursal on boards 1 and 3 respectively where surrounded by three draws to ensure the visitors cruised to victory.

Meanwhile, back in Halifax, Huddersfield played away again (having played Halifax in round 1), this time against the new look Courier ‘A’ side. Courier clearly have aspirations to go for the title but their ambitions were thwarted as the visitors edged a tight match (Huddersfield always do this!) with wins for Mitchell Burke against Tony Slinger on board 1 and Tony Aguirre against Kevin Winter on board 5. In the middle of the tie was a nice consolation win for Dave Patrick over Greg Eagleton. Huddersfield look as difficult to beat as ever they were and they have started with three points from two matches just like Halifax. These two look like the teams to beat this season.