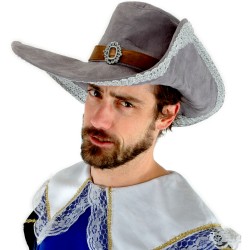 Today dear readers I would like to introduce you to a new columnist for this blog who I hope will be making regular returns to these pages. Wishing to be known only by the nom de guerre of “The Swashbuckler”, he will hopefully provide some inspiration for any player who wants to introduce an air of swagger and panache to their games instead of dour, avoid-losing-at-all-costs solidity. He promises that his columns will be less about self-improvement and more about developing a playing-style for those of you who want to play like neanderthals! I’ll let him explain more:

ï»¿The Swashbuckler #1: Rules of Swashbuckling
Welcome readers to my first column for the Hebden Bridge Chess Club website. Hurrah! Today, in anticipation of the mouthwatering scraps and adventures that I have in store for you, I would like to set the scene by defining the philosophy that I play my chess by and which will dictate the tone and content of my future postulations. Perhaps the best place to start would be to define the term “Swashbuckler”.
The dictionary definition of a Swashbuckler is:

For our excellent purposes we can discard the third of these meanings although I hope that the word “dramatic” will be applicable to all the games I share with you on this blog. I should like to expand a little on the first two meanings however because in modern culture it seems that our interpretation of the term at hand is influenced by many of the books and films of the last century that have fixed an image of ‘swashbucklers’ and ‘swashbuckling’ so vividly into our imaginations. Whilst our first instincts here are useful I don’t want to lose sight of some of the original meaning of the term. Time for a bit of etymology and here I’d like to quote directly from an excellent blog that I discovered during my research called “The Pirate King”:

“Although you and I may associate “swashbuckling” with pirate stories and Hollywood movies, the term was originally anything but complimentary. A “swashbuckler”, when the word first appeared around 1560, was a swaggering braggart, bully or ruffian. “Swashbuckler” actually came from the antiquated words “swash” (to make a noise by striking) and “buckler” (shield).
A “swashbuckler” was originally a mediocre swordsman who compensated by making a great deal of noise, strutting through the streets banging his sword on his shield, challenging passersby to duels, and just generally acting like a jerk.”
So, from this information, what can we deduce should be the defining characteristics of the chess-playing-swashbuckler (CPS)? I’d like to offer the following profile for your consideration:

Well, that will do for a start though I reserve the right to add further defining characteristics to this profile as I see fit.

Now that I’ve defined the raison d’etre for this column I think it’s only right that I tell you about the format that I have in mind. In each column that I publish here I will introduce readers to either; a “Swashbuckling Hero” from the annals of history, many of whom will be plucked from relative obscurity; or an opening system that I deem to be suitable for budding swashbucklers to add to their repertoires. In either case I very much hope that the games I share with you will inspire you to introduce just a little bit of ‘swash’ and ‘buckle’ to your chess life for, as I like to say to all my students: “Life’s too short for endgames!”
By way of prologue to the themes I’ve introduced today I’d like to share a game I played online recently:

Thanks for reading folks. Please do give your thoughts on this game and/or the swashbuckling methodology I’m advocating in these columns. See you again soon.