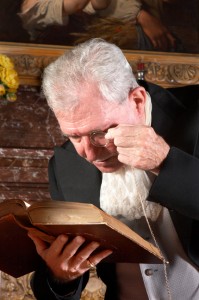 2 Responses to “Retreat and Recapture, it’s the Right Thing to do!”