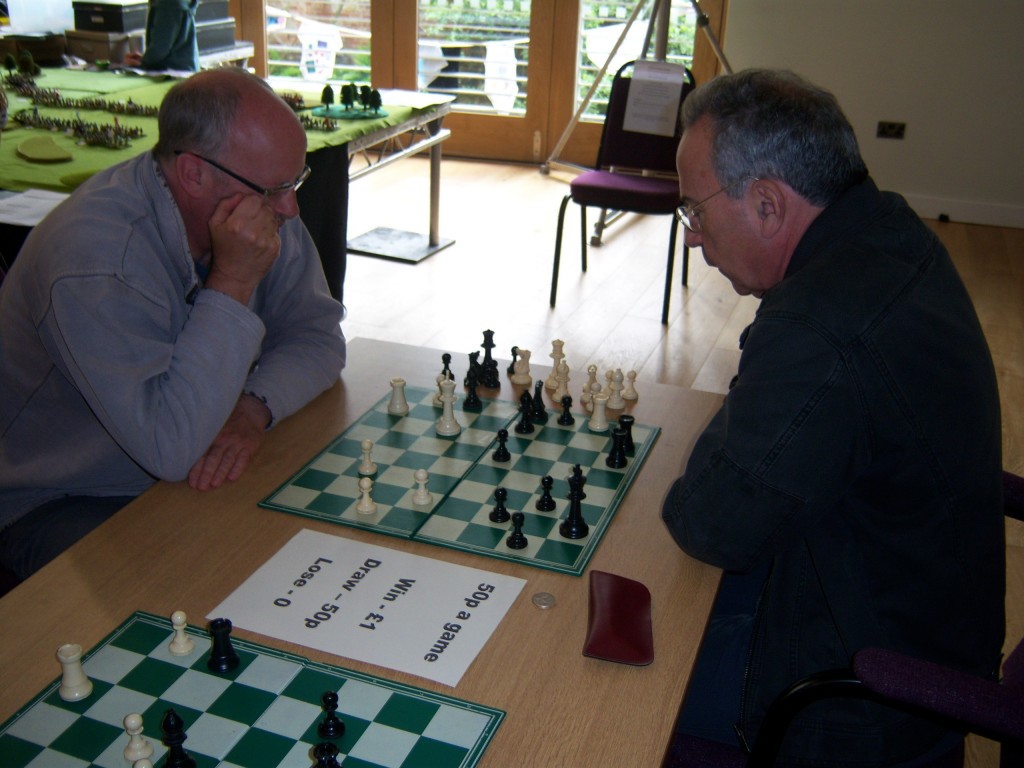 Like the enraged Achilles tearing the Trojans limb from limb, Peter Rawlings (right) cut a bloody swathe through the serried ranks of Arts Festival Goers

The Chess Club played its part in the Hebden Bridge Arts Festival last weekend when an elite team of members took part in the ‘Games Day’ at the Town Hall on Saturday the 29th.

Martin Syrett, John Kerrane and Peter Rawlings set up alongside the Halifax War Games Club, the Hebden Bridge Railway Modellers and Hebdenopoly Games Designers for an afternoon of concentration and friendly competition. Two boards were set up for all-comers along with the Calderdale League’s outdoor chess set for those who felt the need to get a dose of vitamin D whilst they played.

Amongst this collection of gaming nerds our members cut a slightly more ‘approachable’ gib by offering stakes games against the public. Pete ‘the Ripper’ Rawlings mercilessly pocketed one 50p after another as the townsfolk fell to his wiles and as a result the club made a small surplus from the exercise.

However, financial gain was not the main aim of the day. Promoting chess and the chess club was and several participants expressed an interest in coming along on Monday nights. Most encouragingly of all, John was able to speak with a governor from Riverside School who suggested that it might be possible to reinstate the chess club there again. Let us hope that this becomes a reality.