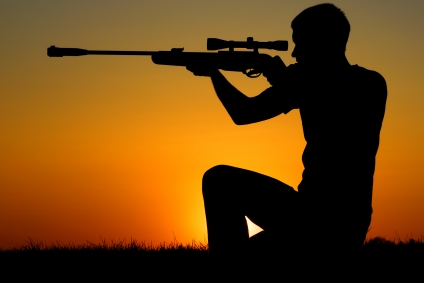 As the summer winds it way into August and the holiday season, the Bridestones Holme Brew Chess Challenge is almost at an end and now crawling slowly to a halt. With participants away on holiday there have only been two games played in the last few weeks and the weeks ahead will also see single games completed rather than groups of fixtures.

Both games played last week and this involved the out-going Hebden Bridge ‘A’ team Captain, Dave Shapland. From a grading perspective at least the bottom seed been the surprise package of the competition as he had succeeded in getting himself to 3/5 and a clear second position following his defeat of Pete Leonard a few weeks ago. Now he faced the new Hebden ‘A’ Captain Nick Sykes and the runaway tournament leader Matthew Parsons in successive weeks knowing that, if he could overcome the odds again an win both games he could even be back in the hunt for the tournament victory.

First came his game as Black against Nick who was propping up the table and desperate to score a victory to avenge a painful defeat when the two met earlier on in the competition. Both these players are great connoisseurs of the opening phase of the game and so it was no surprise to see a deeply theoretical discussion appear on the board. Nick had beaten Dave earlier this season in the Calderdale Individual Championship by deploying 1.c4 and took full advantage of a blunder by his opponent early in the middle game to collect the whole point. This time round, true to his principles of never playing the same opening against the same payer twice, Nick opted for 1.e4 and waited to see whether or not Dave would essay the Sicilian, Spanish or his recent pet line, the Pirc. Dave picked the Spanish and surprised his opponent a little by offering a mainline rather than the Bird’s or Classical variations which deviate from the most well trodden paths early.

It turned out that Dave had anticipated Nick would choose the Worrall Attack (5.Qe2) and had prepared a line to play against it that looked quite similar in nature to an old favourite of Dave’s the Open Variation or the Marshall Gambit. The game followed thematically well known principles until Dave plunged in in the centre with 14…d4, closing the position in that part of the board. The game then developed on the flanks as Dave tried to create problems for Nick on the queen’s-side whilst Nick countered in classical fashion by manoeuvring his pieces across to the king’s-side to go for Dave’s monarch directly.

The crisis of the game came with Dave’s decision to initiate huge complications after 24…g5!? Computer analysis suggests this was his best option but it appeared Nick had numerous ways to sacrifice material in order to get a strong attack. Instead he chose another course which appeared to offer him material parity and chances to exploit Dave’s structural weaknesses later on. Dave then missed a deeply cunning way to win a piece and found himself a pawn down but with very active pieces as compensation. Nick then missed an opportunity to give himself good winning chances and entrenched himself to ensure his opponent didn’t get the chance to build an attack. The queens came off the board and then, with Dave still a pawn down a draw was agreed as Nick had no good way of converting his advantage due to the activity of Dave’s remaining rook and bishop. An interesting game with plenty of excitement and the first time Black has not lost in four games between these two.

On Monday night Dave lined up against the club’s strongest player knowing that only a win could give him any hope of catching Matthew up in the competition. At least he had the White pieces with which he had so far scored 3/3. He’d also had the chance to think about and prepare for Matthew’s Sniper system where Black plays and early c5-g6-Bg7 in one move order or another. What Dave had in mind was to capture Matthew’s pawn on c5, bolster the long black diagonal with c3 and then play the unusual looking 6.Na3!? This turns out to be a critical test of Black’s resources and there are many bear traps awaiting the unsuspecting Sniper. Of course Matthew is anything but unsuspecting and he played the best and only moves to keep himself afloat.

Surprisingly, Dave chose to offer an early queen exchange and Matthew, confident of his end game ability, was happy to acquiesce. However, he then followed up with the natural looking 9…0-0 and it turned out that this was one of those occasions where playing natural looking moves wasn’t a good idea. Dave was able to get his pieces onto good squares and force Matthew to place some his on awkward squares. A well timed h3-g4 thrust locked Black’s king’s knight up on h6 and with the Sniper bishop also locked in on g7 and no immediate opportunity to break out with the thematic f5 Matthew was suddenly rendered somewhat immobile.

Over the next dozen or so moves Dave increased his advantage with some sound active play until the critical moment in this game arrived at move 26. Matthew’s a-pawn was attacked but, rather than move or defend it (remaining passive) Matthew played 26…Kh8 with a view to giving up the pawn and re-activating his knight via g8 and e7. Dave had a long think as he considered the pawn offer but, critically, he declined it in favour of trying to keep Matthew’s activity to a minimum. It was the point at which the game turned. Matthew hung on and gradually unravelled his pieces. Dave’s advantage dwindled until Matthew generated some counter play on the h-file and suddenly Dave had to change his mindset to defending for a draw rather than playing for a win. A series of inaccurate moves was followed at move 55 by a tired blunder and it was all over. Matthew had escaped to take yet another win. He is now on 6/6 and no-one can stop him wining this competition. Congratulations to our inaugural Bridestones Holme Brew Chess Challenge Champion!

Both the games covered in this report are in the game viewer below.

Next week Hebden Bridge will play a friendly 10-board match against Keighley at the Trades Club. There should be plenty of action from this encounter to provide some interest for these pages next week.

4 Responses to “Sniper Guns Down Another Victim”