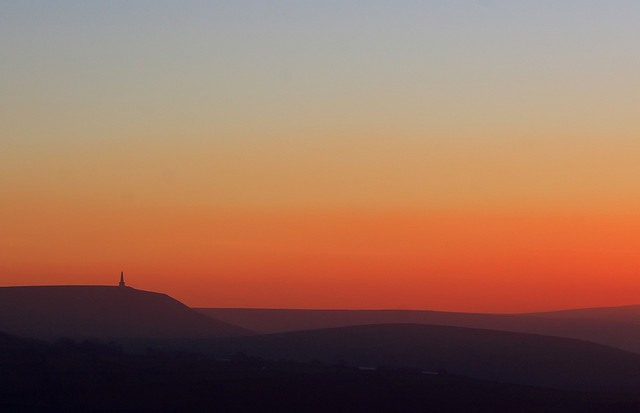 The end of another season in Calderdale. This photo is used under Creative Commons terms and is sourced from freakdog’s Flickr photostream

It’s time to close the curtain on another exciting and hugely competitive year of chess in Calderdale. Last week the evening leagues finished as the league 1 title reached a thrilling conclusion and league 2’s remaining fixture decided the destiny of the final promotion spot. Then, yesterday the team lightning context was played out at the Belgrave Club in Halifax as Calderdale clubs gathered for the traditional season ending celebration.

First let’s tell the story of the evening league as, last week, three teams started out the evening still with a chance of taking the title. The nearly team of the last few seasons has been Todmorden ‘A’. They’ve been there or there abouts for each of the last three seasons and this time, for the first time, they were in the box seat with one match to play as they held a single point lead over their nearest rivals. Those rivals were Halifax ‘A’ and Hebden Bridge ‘A’ who had absolutely identical records going into the final round. To add to the drama, the final round of fixtures saw Hebden Bridge travelling to Todmorden ‘A’ knowing that if they won they could only miss out on the title on board count if Halifax beat the second bottom team, Todmorden ‘B’, at home.

In Halifax, the title holders did their job smoothly, though not as convincingly as they might have hoped as they dispatched Todmorden ‘B’ by a score of 3½ -1½.  The champions missed Darwin Ursal but still one on boards 1, 2 and 5 as Bill Somerset, Winston Williams and Carlos Velosa all capped fine individual performances for the season. Board 4 was drawn but on board 3 Mike Huett took a full point off Sam Scurfield to leave Halifax hoping that Hebden Bridge would win at Todmorden, but by the narrowest possible margin. That was the only outcome that would allow Halifax to retain their title.

Hebden couldn’t quite bring the strength to bear that they had been able to muster for their previous couple of rounds as they missed the services both of Matthew Webb and Ihor Lewyk. Either of these two would normally have played on board 1 but without them Hebden were still able to field the side that had defeated Todmorden at the Trades Club earlier in the season. The only change to the line-up was that Nick Sykes swapped places with Dave Shapland on boards 3 and 4. The home team had once again rolled out a formidably strong line up with all five players rated 170 or over. Their only change was that Carlos Gil-Fresno was replaced on board 4 by Scott Riley.

Unfortunately for Hebden, they never really managed to get the kind of momentum going that would have put pressure on the hosts. With Todmorden only needing to draw the match to take the title, their players quite rightly set their stalls out solidly, effectively asking Hebden how they were going to try and win the match.

None of the games really caught fire. On board 4 Dave Shapland played a move order that allowed Scott to play the Exchange Variation of the Semi-Slav. This is well known to be one of the most sterile openings of them all. Dave compounded his error by trying too hard early on to develop actively and he instead found himself a pawn down with absolutely no counter play whatsoever and only a lot of suffering ahead of him.

On board 5 Andy Leatherbarrow, up against a much stronger opponent who he had lost to earlier in the season, elected to play the Rubenstein Variation of the French Defence. The game was drawn early on as Andrew Clarkson could find no decent way of playing for a win without taking huge risks. There was no need for him to do so and so peace terms seemed sensible.

The top three boards didn’t seem to be offering the visitors any hopes of victory either. On board 1 Andy back appeared to always be slightly worse than Martin Hamer who deftly kept his dangerous opponent at arms-length. In the Martin won a pawn but was unable to convert his material advantage into a win in a rook and pawn versus rook end game

Pete Leonard did appear to have some pressure against Phil Cook on board 2 but Phil has proven his durability in a season that has seen him lose only one game. He didn’t fail this time either as he steered the game safely towards equality before the players agreed a draw here too.

This just left Dave struggling desperately to save a draw against Scott and Nick Sykes on board 3 playing against Pete Mulleady in a slightly worse rook and pawn ending. The prognosis was not good and indeed Hebden finally had to give up the ghost when Scott finally broke Dave’s resistance to seal a fine positional victory against and confirm Todmorden as champions. Hebden now needed Nick to win his game just to tie the match up.

With Pete up against it on the clock it looked like Nick might be able to survive despite now being a pawn down. Rook endings are notoriously complicated, the more so in time pressure, so Pete did well to dodge Nick’s attempts to create confusion. Subsequent analysis showed that Nick did indeed miss a draw at some point but as played, Pete converted his advantage and Todmorden ran out comfortable 3½-1½ winners.

Congratulations to Tod on finally making it to the top step of the podium after a few near misses in recent times. They are worthy champions this season. Here is the final match score card:

There are a number of games from this match in the game viewer at the end of this post. My particular thanks go to Andrew Clarkson who annotated his game against Andy Leatherbarrow and sent it for publication.

Let’s wrap up our coverage of League 1 with the remaining results from the final round of fixtures.

Halifax ‘A’s defeat of Todmorden ‘B’ condemned the visitors to the drop. The remaining two matches would decide who would join them with Belgrave needing to beat Huddersfield away and hope Courier ‘A’ would do them a favour and beat Brighouse away in the process to avoid relegation. In the event neither of these outcomes came to pass as Brighouse held Courier to a draw on the Monday night and then Huddersfield thrashed Belgrave 5 — 0 on Wednesday. So, Brighouse survive again and Todmorden ‘B’ and Belgrave go down. Huddersfield finished a point behind Hebden Bridge ‘A’ in fourth place with Courier three points further back in fifth.

The prize for the best individual in League 1 went to Andrew Clarkson of Todmorden who finished with 11/13. Matthew Parsons of Huddersfield was second with the same score but achieved with one more game. Third was Halifax’s Carlos Velosa who got 10½/14

Now to League 2. Whilst Hebden Bridge ‘A’ were battling it out for the title at Todmorden, Hebden Bridge ‘B’ were at the Trades Club playing a postponed match against Halifax ‘B’ that would decide on the final look of the League 2 table. Halifax ‘B’ had already won the championship with an unblemished 9 wins out of nine which put them eight points clear of Hebden ‘B’ and Todmorden ‘C’. Danny Crampton’s team therefore needed to do what no other team had managed so far this season and avoid defeat in order to secure second place.

Danny has been nothing but ambitious with his team this season and he pulled out all the stops for this match. In came Alastair Wright who has only played one match for Hebden Bridge ‘A’ this year. In too came Josh Blinkhorn who has had a year away from the game but was now ready to return. Adding Martin Syrett, Neil Bamford and Terry Sullivan to the lower order meant that Hebden could expect to compete with the champions elect, and compete they most certainly did.

Although the match was played at the Trades Club this was an ‘away’ fixture and so the Hebden players all had Black. All the games were closely contested affairs but Hebden took an early lead through Josh Blinkhorn’s win over Adrian Dawson on board 2. This was followed by draws on boards 1, 3 and 5 leaving Hebden a point up with just one game to finish. Sadly for them the game between Neil Bamford and Howard Wood, which had swung this way and that throughout the evening finally ended in defeat for Bamford and so the match ended tied. This was still enough to send Hebden Bridge ‘B’ up though. Here’s the match scorecard:

Congratulations to Danny and his team for gaining a promotion place. They will have a tough battle on their hands next season but if the some of these returning players are available throughout then they will be a tough proposition for their League 1 opponents.

In the individual performance table, former Hebden player, Dave Sugden scored a fantastic 9½/10 for Halifax ‘B’. His only blemish being the draw against Alastair Wright in that final game.

This week saw the team lightning take place at the Belgrave Club in Halifax. Once again there were just 6 teams taking part in this year’s event but several clubs took the contest very seriously and brought their top players to the occasion.

In the end Huddersfield were the victors. They brought a mega-strong line-up for their ‘A’ team and ran out with 22½/25. Hebden Bridge came second with 17½ and Halifax were third with 16½. Unsurprisingly with such a dominant performance, Huddersfield pretty much swept up the board prizes too although they didn’t get it all their own way. On board 1 Andy Drabble’s 4½/5 was only good enough to share first place with Hebden’s Andy Bak (a fine result for him). On board 2 Matthew Parsons got the same score and shared first with Halifax’s Winston Williams. Board’s 3 and 4 were taken by Huddersfield’s Mitchell Burke and Greg Eagleton respectively. Board 5 was won by Bill Bardelang of Brighouse.

So, that pretty much brings the 2015-16 season to a close. There is just the small matter of the Calderdale Congress which will be held at the Lee Mount Club in Halifax on the 22-24 of May and finally the Brighouse Rapidplay on the 6th of June.

5 Responses to “Sunset over Calderdale”