A rather lengthy period of radio silence (for which please accept your editors apologies) means that there is rather a lot to catch up on this week. 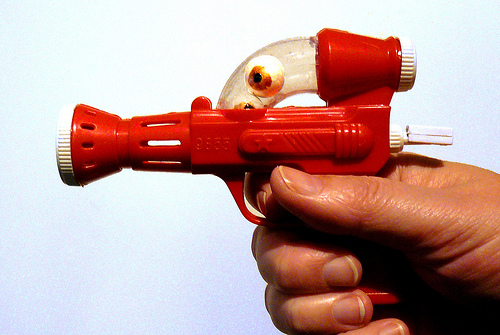 It was pop guns at dusk as Hebden Bridge ‘A’ and Halifax ‘A’ faced off in League 1.

I make no apologies for starting with Hebden Bridge ‘A’s re-scheduled match with Halifax ‘A’. This should have taken place in January but was postponed due to snow. Ironic then that it snowed even more heavily on the weekend before this re-arranged encounter. Thankfully there was only one player unable to travel but the bad news for Hebden was that this was their board 2 stand in Andy Bak. Icy roads in Andy’s neighbourhood prevented him from participating and so Hebden’s Captain was forced to resort to a tried and tested resource, namely plundering the club’s ‘B’ team. Normally this would have been straight forward but the ‘B’ team were also playing a match (of which more later) and regular first teamer Andy Leatherbarrow was committed to transporting his kids to play in that fixture. Fortunately for the ‘A’s Josh Blinkhorn was made available and they fielded a full (if slightly weakened) team.

Halifax on the other hand had beefed up for the occasion. Everyone knows about the ferocious strength of their top two boards but in previous rounds their weaker lower boards have proved to be their undoing. Then, a few weeks ago, they successfully fielded a debutant, Jamie Kubiza, on board 4 and for this match he played on board 5 to accommodate the returning Scott Gornall to the ranks. This provided a much more solid looking line-up on their boards 3 to 5.

Without Andy Bak Hebden were left to decide on who should play board 2. Pete Leonard has been a regular on board 2 this season but from a grading perspective Andy Leatherbarrow, Dave Shapland and Nick Sykes are pretty much on a level with him and Pete had prepared for his likely board 3 opponent so Nick Sykes took his chance to step up to board 2. He’s been on excellent form this year (unbeaten in the league) and has beaten both Leonard and Shapland in the Calderdale Individual Championship so he deserved his chance to take a shot at Darwin Ursal.

Indeed, Nick acquitted himself extremely well and sensibly selected a Nimzo-Indian Defence to open with and this yielded him comfortable equality. It appeared that he might even be doing better in the middle game at one point but then Darwin did what Darwin does best and created complexity and imbalance where there seemed to be none. Nick got into difficulties on the clock and Darwin pounced to give Halifax the early lead.

On board 5, Josh Blinkhorn equalised against Jamie’s London System and then went on the attack. He sacrificed one pawn and then another but his attack stalled and Jamie defended sensibly. In a rook and minor piece ending it even looked like Josh might lose but in the end his active pieces and ingenious play allowed him to regain the material deficit and steer the game to a draw which was a fair result.

Hebden Captain, Dave Shapland got into a terrible mess against Scott Gornall on board 4. He also faced a London System and had convincingly beaten Scott in the same opening line earlier in the season when the two ‘B’ teams played at Halifax in League 2. This time it was different. Fatefully, Dave made a poor positional decision that saddled him with a bad bishop in a closed position. As he desperately tried to extricate himself from the mess he got into horrendous time trouble and suddenly found that he needed to make his last 6 moves in just 8 seconds!

Thank goodness then for Halifax’s new digital clocks, which allowed Dave to see exactly what he had to do, for a loss due to a time forfeit in this match would have been utterly criminal. Dave made it to move 36 with just a single second left on his clock and may even have missed some chance to gain an advantage in these final few moves before the control was reached. Instead the queens came off and left the players in a same coloured bishops ending which Black was never going to win due to his prelate being on the same coloured squares as most of his pawns. Scott tried to manoeuvre for a win but Dave just held the position together and they agreed a draw.

Pete Leonard sacrificed a pawn in the opening against Halifax’s Captain, Carlos Velosa. He seemed to have plenty of compensation for it as Carlos’s king was displaced and left in the centre of the board. It seemed that Pete’s attack must break through but somehow it didn’t. Carlos gave back his extra pawn to leave the players with a rook and queen and four pawns each. Carlos offered a draw which Pete would probably have taken were it not for the situation in the match. He had to decline and play for victory. It turned out that Carlos’ attempts to reach a draw would be more difficult than he might have imagined because his pieces were passively placed and Pete’s very active. A hurtling passed a-pawn flew up the board and as Carlos blockaded Pete’s queen was able to infiltrate and secure a desperately needed win. It was 2-2.

Time and again Hebden have won and saved matches from 2-2 this season. This time the pressure was on Matthew Parsons to at least hold out against the league’s top performer this season, Bill Somerset. Matthew had sacrificed the exchange and managed to grab two pawns for it but the queens were still on and the position was complicated. Two factors swung the game in Matthews favour in the end. First of all, Bill had to play for a win and it was a position that was harder to play for White. Also, both players had just 4 minutes to complete the game and Matthew is an excellent blitz chess player. He switched into blitz mode and started moving very quickly, forcing Bill to do the same. First Matthew managed to force off the queens and created two connected passed pawns in the process. Bill had to give up his rook for these two and this just left Matthew to figure out how to shepherd home his last remaining pawn with only his knight and king. He did this faultlessly and secured a golden victory with 90 seconds left on his clock.

A collective sigh of joy and relief emanated from the Hebden players who now find themselves 3 points clear at the top of the table with just two matches left to play. The match scorecard looked like this:

Meanwhile, back at the Trades Club… League 2 champions elect, Hebden Bridge ‘B’, were locked into a struggle with their own ‘D’ team and, as they had done in the reverse fixture earlier in the season, found themselves with a much depleted line up and in some kind of dynastic feud! This was because the ‘B’s fielded all three of the Leatherbarrow clan whilst the ‘D’ team played two Leggett’s on boards 4 and 5. Sadly for the ‘B’ team the Leggett’s won the dynastic struggle comprehensively with Dave and Dylan Leggett beating Spike and Hephzi Leatherbarrow. At the other end of the fixture the ‘B’ team’s regulars ensured that disaster was averted and Martin Syrett won his battle of the Captains against Danny Crampton on board 3 and Dave Sugden beat Chris Greaves on board 2. This left the match hanging on the result between Andy Leatherbarrow and Robert Murray on board 1. This ended in a draw and therefore so did the match. Oddly the reverse fixture was also a draw and these two points are the only ones that the ‘B’ team have conceded all season long.

The previous week had seen all three League 2 teams in action. Two of them went to Halifax’s Lee Mount Club to take on Halifax ‘C’ and Courier’ B’.

Hebden ‘B’ faced a strong Courier line up and found the going tough although they came through in the end. On board 1 Dave Shapland’s 100% record for the ‘B’ team was expunged by Pete Hughes who played very accurately under some pressure after having won a piece. Courier’s team also performed well on boards 3 and 4 where Paul Jacobs and John Whitehead drew with Josh Blinkhorn and Dave Sugden respectively. That left Andy Leatherbarrow and Martin Syrett to defeat John Smith and Richard Bottomley on boards 2 and 5 to secure the match by a single point.

John Kerrane’s ‘C’ team were also away at Halifax ‘C’.

Finally, Danny Crampton’s ‘D’ team were at home playing the league’s bottom side Todmorden ‘D’. Their hopes of securing a rare victory were thwarted however. A side mostly comprising junior players did their best and John Tate and Hephzi Leatherbarrow did particularly well but the top three boards all made mistakes as the team slumped to defeat.

There is a veritable cornucopia of games from these matches in the viewer below.