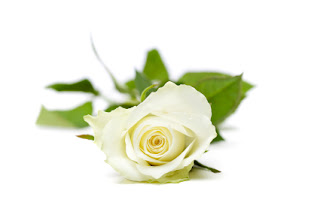 Today’s post comes from Adrian Dawson who reports on the first round fixtures from the Yorkshire League which began last Saturday with two tough away fixtures for Calderdale’s two teams.

“In this article it is time to give grateful mention to some of Calderdale’s heroes for their out-standing work in, not only representing our League, but in the way they have shown out-standing fortitude by organising teams that can not just compete at the highest level but can compete at all! People such as David Patrick, who for years has kept a team in the Woodhouse Cup by consistently finding strong players who are happy to represent us and is also the Fixtures Secretary to the League; Dave Colledge who does a sterling job as the League’s Secretary and also captain’s the Calderdale ‘B’ team, who also perform admirably in the I.M.Brown (Yorkshire’s Second Division). Both ‘A’ & ‘B’ teams finished mid-table last season and promise to improve this term. Finally, Dave Milton, a former Yorkshire Secretary, who has done what no chess player has done for many a year in organising, not just one Todmorden team but a thriving club that now boasts 3 teams, all of which are showing great promise in the local league.

The Calderdale teams had perhaps the toughest matches they will face in their campaign in the first round of the Yorkshire Saturday League. The ‘A’ team travelled to face the champions for the past 3 years, York, and it has to be said, gave a very good account of them selves, especially in the middle order. Being out-graded on all boards bar one the ‘A’ team battled hard and the score, although looking like a heavy defeat, does not give a true reflection of how the match went.

Although the ‘B’ team’s result was the same this match showed the ‘B’ team can do battle with the strongest. Hull used to be the largest club in Yorkshire and won the Woodhouse Cup 13 years in succession, from 1987 to 2000. They soon after had some internal problems and withdrew from playing in Yorkshire. The present team is now fighting to try and replicate those glory days. Our ‘B’ team were heavily out-graded on all boards and had to default on bottom board. In the match Neil Suttie and Dave Sugden both had their opponents on the rack but couldn’t convert. Dave Milton was much better against his opponent but lost on time. Last to finish was Steve Priest who turned down a draw offer and tried to squeeze out a win but in the end had to give a perpetual check to avoid defeat. The rest of the side were outplayed by a much stronger team that seems to be on its way back to Division 1.”