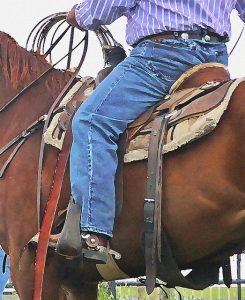 The chess players of Calderdale got saddled up for the new chess season as round 1 matches in League 1 took place this week. This image is used under Creative Commons terms and sourced from John Maddin’s Flickr photostream

Monday night saw the first convention of the 2017-18 Calderdale Evening Chess League. But, before we dive into the match reports and results, let’s ring the changes from last season as there have been several of significance and this website has lain dormant over the summer so there’s lot’s to catch up on.

Let’s start on a positive note! There are eight teams taking part in League 1 this season after last season began with Todmorden ‘B’s last moment withdrawal. This is a very welcome state of affairs.

The other significant change in League 1 concerns the current (and three-time consecutive champions) Todmorden ‘A’. Todmorden chess club folded over the summer but a chess team based in Todmorden has been salvaged and will be based at the Golden Lion in Fielden Square. The team primarily comprises former Todmorden ‘A’ players and it is hoped that, by moving the team to the Golden Lion (a community pub with an interest in hosting and promoting a range of local clubs) that some fresh blood might be attracted and new administrators be found for a club in Todmorden to be established there.

In the meantime, some of Todmorden’s members have joined Hebden Bridge Chess Club and been welcomed with open arms as they have bolstered our numbers to the extent that we can be far more confident about being able to consistently field three teams across the two divisions this season. That hasn’t been the case in recent years.

Some consolidation and expansion has occurred elsewhere in the league too. Belgrave have seen John Morgan and Dave Patrick return to their ranks (a few years ago they represented Courier at the same venue but when Courier was discontinued they joined Halifax and Todmorden respectively) and this has enabled them to enter two teams into League 2 this season as former ‘A’ team regulars are now available for the ‘B’ team and ‘B’ teamers for the ‘C’ team.

League 1, round 1 fixtures took place on Monday and Wednesday night this week. Here’s a quick re-cap of all the teams playing in League 1 this season:

And so, to the action. Tradition holds that any derby matches between teams from the same club are held on the 1st and 8th rounds of the league season. This meant that Hebden Bridge ‘A’ and Hebden Bridge ‘B’ were pitted against each other and so were Halifax ‘A’ and Halifax ‘B’. Additionally, Belgrave ‘A’ hosted Golden Lion and, on Wednesday evening, Huddersfield ‘A’ played Brighouse.

Last season Hebden Bridge ‘A’ only managed to draw against their ‘B’ team in the opening match of the season when they were playing at home (i.e. they all had the Black pieces). This time around although the ‘B’ team once again had the White pieces, the eventual outcome of the fixture more closely resembled the return match up from 2016-17 when Hebden Bridge ‘A’ won 4½ – ½.

One factor that had certainly changed since last season was the team line ups. Gone from the ‘A’ team line up on the 23rd of January were their top three boards, Matthew Parsons, Chris Bak and Dave Shapland. In their stead appeared John Allan (a ‘B’ team player last season), Pete Leonard (the team Captain this season) and Sam Swain (a welcome new arrival this summer). The side was completed by Neil Suttie (a Todmorden refugee) and ‘A’ team regular Nick Sykes.

Martin Syrett’s ‘B’ team also saw some changes from the last time these two sides played with John Allan stepping up to the ‘A’ team and John Kerrane stepping out of the line up to make way for fresh blood. Martin was joined by Andy Leatherbarrow on board 2, a returning friend from Keighley Mark Stollery on board 3, a new member Paul Gledhill on board 4 and a familiar friend Terry Sullivan on board 5.

With the ‘B’ team out-graded by at least 20 points on each board, they could have anticipated a tricky evening and so it proved as the stronger ‘A’ team squad drew two and won three of the games despite all operating the Black pieces.
On board 1, ‘B’ team Captain Syrett ventured his favorite King’s Gambit against John Allan. John took and kept the gambit pawn but as the game eventually simplified down to a rook and three pawns versus rook and two pawns ending it became clear that it wasn’t so easy for Black to convert his extra pawn and finally the players agreed to a draw.

Andy Leatherbarrow played an English Opening to counteract Pete Leonard’s favoured Grunfeld set up on board 2 and a very closely contested and finely balanced game ensued which eventually was agreed drawn. However, the kibitzing Matthew Parsons thought Andy might have had a winning ending when the result was agreed.

The game on board 3 between Mark Stollery with White and Sam Swain with Black developed into one of the evening’s sharper battles after the agreed upon the Meran variation of the Semi-Slav as their chosen terrain for the opening phase. It appeared that Sam built up a good deal of pressure but the assessment of the position was still unclear. Later on Mark sacrificed a piece for an attack but Sam defended stoutly and was able to consolidate and win the game with the extra material.

On board 4 the ‘A’ team’s Neil Suttie faced a new member, Paul Gledhill who has just arrived in the Calder Valley from Manchester. He set out his chess-playing style by essaying the Urusov Gambit. Neil responded cautiously and carefully before building an attack on the White king that led him to win first a piece and then the game.

Finally, on board 5, Nick Sykes played the Nimzo-Indian against Terry Sullivan and gained a god position from the opening before both players overlooked a strong tactical idea for White that would have kept Terry in the game. Once he’d missed his chance Nick didn’t give him another and won the game soon after.

Here are the full match details:

A good start for Hebden Bridge ‘A’ then and they look to have a very compact line up with all players rated within a 20 point range. With occasional appearances from the likes of Matthew Parsons and the Bak brothers, they will certainly be in the running for the league title again this season.

The other derby match at Halifax threw up a great surprise as Halifax ‘B’ beat their ‘A’ team colleagues rather handily. To be sure, the ‘A’ team does not look as strong as it has done in recent years with John Morgan moving back across town to Belgrave and Darwin Ursal and Winston Williams both missing. Never the less, the line up on paper should have been sufficient to have gotten the job done, but derby matches can be strange affairs, especially when it’s the first match of the season and blunders are perhaps more likely.

In any case, with the ‘A’ team all having the Black pieces, the statistical advantage was diminished and on the night Pete Hughes overcame Bill Somerset on board 1 and Vivienne Webster and John Nicholson beat Sam Scurfield and David Loughenbury respectively overturning significant rating differences in the process. The bottom board was drawn which left only the ‘A’ team captain, Richard Porter, to salvage a consolation point for his team by beating his counterpart Scott Gornall on board 2.

The third match to take place on Monday night was between Belgrave ‘A’s new beefed up side and Golden Lion. This was probably the heavy weight encounter of the round in terms of teams who may be vying for the title at the end of the season. Golden Lion’s top three boards (Martyn Hamer, Pete Mulleady and Andrew Clarkson) have done the business for Todmorden ‘A’ over the course of the last three seasons, but on this occasion they were matched by Belgrave’s Ian Hunter, John Morgan and Dave Patrick. Of these three boards perhaps only Andrew Clarkson will feel he should have achieved more than a draw for his efforts.

This match was sealed for the ‘Champions’ by wins on the bottom two boards. On board 4 Dave Shapland over whelmed Malcolm Corbett’s Pirc when his opponent chose swift expansion on the queen’s side over piece development and then played inaccurately at a crucial moment to allow Dave a mating attack. Later, David Innes saw off Karim Khan in a game that was typical of his street fighting style. The opening was off beat, the tactics obscure and, although it appeared at one point that Karim had the upper hand, shortly afterwards he found himself a whole rook down for just two pawns and the rest was fairly straight forward for David.

On Wednesday evening Huddersfield ‘A’ hosted neighbors Brighouse in the final match of round 1. Again on paper this looked like a total mis-match as Huddersfield out-rated the visitors 45 points or more an all of the bottom four boards! That they only won by the narrowest possible margin was down largely to the efforts of Brighouse’s top board, Robert Broadbent who drew with Greg Eagleton, their team Captain Paul Whitehouse who drew with Andrew McFadden and a new Brighouse player, journeyman Adrian Dawson who has joined the club to help bolster their dwindling numbers, who dispatched Dave Tooley on board 4. Dave Keddie and Steve Westmoreland restored order for Huddersfield by winning on boards 2 and 5 to see the home side over the line.

At the end of round 1, Hebden Bridge ‘A’ are top of the opening league table having been the only side able to win by a margin of 4 – 1. Golden Lion and Halifax ‘B’ are just behind them on board count with Huddersfield in fourth. Based on the first round of match one would have to conclude that the title honours will be fought out between Golden Lion, Hebden Bridge ‘A’, Huddersfield and probably Belgrave ‘A’. We’ll have to wait and see but the league certainly looks like it will once again be very competitive this season.

3 Responses to “Back in the saddle”