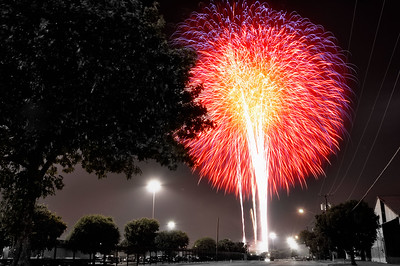 It’s traditional to celebrate special occasions with a display of fireworks. As this website celebrates its tenth anniversary and marks the and of the 21st century’s teenage years, we have a fireworks display of our very own. 14 of the best and most exciting games played by Hebden Bridge players or in Hebden Bridge over the last ten years. Photo: Robert Hensley

As the calendar flips inevitably over to the beginning of another new year the natural tendency of many writers, historians, commentators, journalists, philosophers, TV presenters, sociologists, pundits and yes, even chess players, is to turn back to reflect on the events of the previous year to try an identify the important moments of interest for them. As 2019 ended and we entered a new decade, we had even greater cause to reflect than usual.

Now then seems an appropriate time for us to think back over the last ten years of recording chess events in Calderdale and of course Hebden Bridge in particular. This little website started life just over ten years ago itself. The 10th of September, 2009 was the date of the first post to be exact. I initially set it up as a personal chess blog but quickly moved it on to become a website for the chess club, reporting on the matches and exploits of our players and our friends and rivals participating in Calderdale chess.

Recently I was trying to think of a suitable way to celebrate reaching such a landmark anniversary. I don’t know how many posts there are on this website or how many games I’ve published here, but I’ve invested an enormous amount of time into documenting our club’s activity, recording our successes and failures, greeting our new members and remembering some who are no longer with us. I felt like I ought to do something to celebrate.

It was then that it struck me that the website’s 10th anniversary and the passing of the present decade might enable me to run something like a ‘Best Games’ poll to enable us to enjoy again some of the most accurate, complicated, tense, stressful, beautiful, competitive and entertaining games from the first ten years of this website’s existence.
Making that decision was the easy part. I then had the dilemma of deciding which games to select and trying to figure out which deserved a place in the pantheon of the ‘greatest’ of the past ten years. When I reflect on my own games from that time there have been so many memorable and interesting battles that I could probably make a very long list of my own efforts quite easily. It was going to be too hard a task to compile a list of candidate games on my own. So, I reached out to club colleagues from the past ten years and some of the strongest players from other clubs in Calderdale to ask for suggestions.

I expected a few suggestions primarily from current team-mates and a few players who I see regularly. What I got was an unexpectedly enthusiastic response, both to the concept of a ‘Games of the Decade’ list and also contributions suggesting games for the list. In fact, I got so many suggestions that I realised I would quickly have to set out some entry criteria to help me home in on a longlist to present to you. Here are those criteria:

Using those guidelines, I was able to whittle down the list of candidates I had received, but I still had rather a lot, and, in some cases, players were appearing in multiple games. The next job then was to go through the games again myself, often having to decide which of a number of candidate games suggested for a particular player were my favorites. I use the word ‘favorite’ very specifically because I didn’t really feel that I could be the sole arbiter for the ‘best game’.

And that brings me to the final dilemma. After much soul searching and contemplation, I have created what still amounts to a longlist of 14 of my favorite games that I’d like to celebrate again with you. There’s that word ‘favorite’ again. I’ve used it because I think this will ultimately be more of a popularity contest than a judgment of quality. If we were only aiming to seek out the best on the basis of the ‘most accurately played’ game, then we’d probably end up selecting a contest between two of the strongest players in league that ends up as a draw with some relatively hard to understand strategic manoeuvring along the way.

My list of 14 still has plenty of games played by the strongest players in the league, but we’ve also got a few games that are not, and they deserve their place on this list in my opinion. Some games are extraordinarily complicated and that usually means that the accuracy levels go down and the number of mistakes (at least from a chess engine’s perspective) go up. Others are memorable because they involve high stakes or high drama and were played under the greatest competitive pressure. Others still are on the list for aesthetic reasons because there is something strikingly beautiful about them. There are also some games that are outstanding for technical reasons and that can therefore be considered as instructive. What they all are, I hope, is entertaining.

I’ll present all 14 games over the course of three posts and then in a fourth post I’ll give you my shortlist of five games and present a poll to ask readers to choose their favorite which will be crowned ‘game of the decade’. You can do so on any or all of the grounds given above. Beauty is in the eye of the beholder and everyone is entitled to their opinion.

I’d like to say a big ‘thank you’ to everyone who took the time to reflect on their games and the games of others and send me their suggestions. Every game was considered but ultimately this initial long list is my own selection so I apologise if my opinion doesn’t reflect your own.

Without further ado then, let’s rip the lid gleefully off pandora’s box and take a look at our first four games as we progress through the list in chronological order.

This first game actually predates the website but it fits the entry criteria and I was keen to have an example of Dave Wedge’s play in the list as he was, without doubt, the strongest player at the club at the turn of the decade. Here, Dave faces Huddersfield’s top board of the day who plays the most aggressive and uncompromising set up against the Modern Benoni. Dave knows how to handle this and sets about neutralising White’s attack before going on the counter offensive. His opponent continues to hit out and go for the kill as the position opens up and becomes very complicated.

I’m guessing that the end of this game was played in mutual time pressure as both players miss chances that I’d have expected them to spot with time in hand. However, aside from a moment at the very end when Dave allowed his opponent a gilt-edged chance to steal the game that was in turn overlooked, this was a typically fearless win for Dave in fine counter attacking style.

Matthew has been one of the dominant players in the Calderdale League for much of the last ten years. That being the case it was no surprise to find that there were a significant number of his games that could easily have made it into this collection. There were several that made my ‘Parsons shortlist’, but in the end I picked this one as my personal favorite because the sacrificial idea that swings the game is, in my opinion, quite hard to concieve.

Using one of his favorite weapons with Black, the Sniper, Matthew plays ambitiously and creates a very double-edged position against Dennis Breen of Brghouse. The critical moment comes at move 15 when Matthew invites Dennis to invade on the queen’s side with his knight via b5 to c7 in order to give himself the time to launch a king’s side attack from what seems an unlikely position. Even the chess engines take quite a long time to figure out that this approach is viable. Dennis misses what amount to a couple of pretty difficult chances to improve his play and Matthew sweeps him aside. I find this to be a highly creative and powerful performance.

Two of the strongest players in the league at the time go toe to toe in this slugfest. Matty Webb opts for the offbeat Mengarini Variation (2.a3!?) against Darwin Ursal’s Sicilian Defence. He’s hoping to confuse Darwin with such an unusual variation and, early in the game, the strategy appears to be paying off as the game develops down an unorthodox route. Darwin weathers the early storm however and, when Matty goes astray he takes his chance to initiate a ferocious counter-attack that quickly lands him the full point.

The engine assessment will tell you there were a number of better moves available to the combatants in this game, but, as Matty says in his game commentary, ‘your opponent is NOT a perfect calculating machine, you should try to line up as many problems and lines to analyse as possible to allow them to go wrong!’ Unfortunately for him, in this encounter it was Darwin who calculated more accurately.

This was a heavy weight encounter with lots of interesting ideas in it and it also has Darwin’s finger prints all over it. He often sails quite close to the wind in his games, but he often ends up coming out on top even from seemingly desperate situations.

A good king hunt is always a pleasure to witness and this game made my list primarily because of the stylish way Pete concludes it. The game builds quite slowly to begin with as Pete deploys his favourite Bishop’s Opening against 1…e5 and Dave responds with a critical set up for Black. Pete proceeds to use strategic ideas commonly seen in the Ruy Lopez to initiate a dangerous king’s side assault and Dave is unable to find the antidote.

At the end Pete finds some attractive tactics to draw Dave’s king out of his lair and then hunts him across the board to check mate him. That Pete was able to find these ideas in the pressurised situation of the fourth round of the Calderdale Individual Championship is all-the-more impressive. This game made a big impression on me at the time and it was a pleasure to re-discover it again as I researched games for this poll.

You’ll find all four of the games mentioned above in the game viewer below with notes by the combatants (mostly). I hope you will enjoy these and the subsequent games to come in two further posts.

7 Responses to “Celebrating Hebden Bridge’s ‘Games of the Decade’: Part 1”