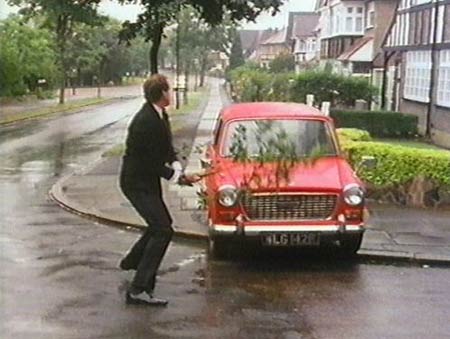 Let us begin with the home ties from the Trades Club. Hebden Bridge ‘B’ have been flying high all season. Aside from one outlying drawn result away to their ‘D’ team when their squad was significantly depleted they have dealt with their opponents almost scornfully. Their lead at the top was 3 points before the start of the evenings play and, after they abruptly dismantled Halifax ‘C’ it stayed at 3 points. Sure enough the points from the top two boards were ground out rather than succinctly executed but the performances were no less powerful for that. On board 1 Andy Leatherbarrow bravely sacrificed a pawn for endgame activity against John Aldridge and he was duly rewarded as his rampaging rook first recovered the deficit and then gobbled up a second pawn to comfortable secure victory.

On board 2 Josh Blinkhorn played in his usual uncompromising and aggressive style against Ray Cully. Whilst this didn’t lead to a mating attack it did put Ray on the back foot for the whole game and Josh cashed in by winning first one and then two pawns whilst retaining all of the active play in the position. Ray was washed away in a rook and bishop ending.

Dave Sugden is the only player in League 2 with a 100% record and he maintained it by beating Barry Wadsworth on board 3. Dave seems to score a lot of easy points with his Vienna. On this occasion Barry (a King’s Gambit man himself with the White pieces) decided to avoid the gambit lines and he seemed to get himself a decent position but, when active play seemed to be required to hold the line he didn’t quite manage to put Dave under pressure and was slowly beaten back. Then, in the endgame Dave gradually hovered up Barry’s pawns until his advantage was overwhelming. Dave is now standing 6 points from 6 games and looks well set to continue his excellent run of form.

Team Captain, Martin Syrett, endured a typically see-saw evening against Andrew Whiteley. He played a Kings Gambit and, in his inimitable style, got a wonderful position and a very nice attack on the Black king. Then he miscalculated a combination and lost a whole rook before rallying, recovering the material and securing a draw.

This was to be the only concession the ‘B’s would grant because much earlier in the evening Steve Priest had terminated Glen Roper’s hopes in very short order indeed. Glen dropped a piece on move 8 and resigned on the spot.

Also at the Trades Club, Hebden Bridge ‘C’ did even better in beating Todmorden ‘D’ 5 — 0. They were certainly assisted in their endeavours by the visitors default on board 5 but the rest of the games brought no respite for Todmorden whatsoever.

On board 1 captain John Kerrane led by example with a straightforward victory over J.P. Ellis. J.P elected to meet the English Opening with a symmetrical system but he took the whole idea rather too far and John secured a comfortable advantage which he converted without drama. John has moved on to a score of 4 out of 5 for the season which is an excellent return on board 1.

Neil Bamford had an even briefer evening’s work on board 3 as his opponent somehow managed to entomb his own king in the centre of the board allowing Neil an immediate and amusing check mate. With this result Hebden were already out of sight.

The remaining two games in the match took a little longer to complete but the outcome was just the same. On board 2 Terry Sullivan outlasted Bill Joyce in a rook and pawn ending that demonstrated Terry’s greater experience. The longest game of the match was on board 4 where Ray Deravairere also played a more accurate ending than his opponent to notch up his third point of the season.

It just remains for me to report on the ‘D’ team’s away fixture against Todmorden ‘C’. They were also involved in a whitewashing but unfortunately they were the victims. This outcome must have come as something of a surprise for Captain Danny Crampton who took his strongest line-up down the valley and must have expected a closer score line. The ‘D’ team have had some great results this season but they haven’t yet managed to add consistency to their growing list of attributes.

In the other League 2 fixture played on Monday Halifax ‘B’ suffered a surprisingly dramatic 1 — 4 reverse at home to Courier ‘B’.

All of this leaves Hebden ‘B’ with a 3 point cushion at the top. They look unstoppable at the moment. Todmorden ‘C’ and Hebden Bridge ‘C’ are both on 8 points in second and third places and Courier ‘B’ and Halifax ‘B’ are also locked together a further two points behind. The race for the second promotion place still appears to be wide open.

All of the games from the ‘B’ and ‘C’ team matches are in the game viewer below.

2 Responses to “Damned Good Thrashings All Round!”