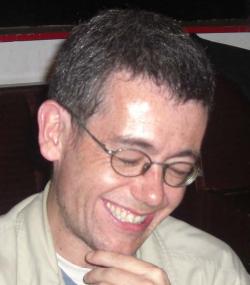 A couple of weeks ago we covered the story of the Hebden Bridge ‘A’ team’s successful defence of their league 1 title. This week we focus on Martin Syrett’s ‘B’ team who have utterly dominated league 2 and secured their triumph some time ago. A few weeks back they added to their league glory by finally overcoming their ‘A’ team colleagues in the final of an interminable Summer Team Knockout 2012 (!!!)

This competition has been going on so long that neither Captain could remember who had appeared in their line-ups in previous rounds. To my eyes there are two issues with the current format (and this includes the individual competition as well):

Part of the problem with playing the final this year was that with Hebden ‘A’ playing a league match one week and Hebden ‘B’ playing the next it wasn’t possible to schedule a Monday night within the bounds of the league season and that meant the match had to be played on a Wednesday night — much harder to arrange.

In the end a date was agreed but Hebden Bridge ‘A’ weren’t able to get a full side together and turned up without Nick Sykes and with Josh Blinkhorn in for their usual league player Andy Leatherbarrow (who instead had already played board 1 for the ‘B’s!) This, in addition to the usual time-handicap system that is part of the competition, gave the ‘B’ team a really good fighting chance on the night and, indeed, it turned out to be decisive.

The first game to finish was board 3 where Pete Leonard (Hebden Bridge ‘A’) played John Kerrane and took on John’s favourite French Defence with a fianchetto variation. John is well versed in the French and took everything Pete could throw at him in his stride — including a pawn! As time trouble started to loom for Pete, John calmly maintained his advantage, snubbed out counter play and showed excellent technique in a rook and pawn ending to steer the full point home. Hebden ‘B’ were 2 — 0 up with the default.
The other three games appeared to be going well for the ‘A’ team. Josh Blinkhorn seemed to have an excellent attack against Neil Bamford, Dave Shapland was behind on his clock but also had a promising attack against Dave Sugden and Matthew Parsons maintained a small but lingering advantage against Andy Leatherbarrow.

The Calderdale League 1 champions couldn’t sustain the effort however. Josh almost faltered after blundering material against Neil but recovered somehow to win the game. Dave Sugden defended tenaciously and resourcefully against Dave Shapland and staved off the attack. The game remained complicated and Shapland got into terrible time trouble. Eventually he simply ran out of time in an even rook and pawn ending and the ‘B’s had snatched the title from their colleagues.

This just left the ever-impressive Matthew Parsons to round off the match with a further consolation point by defeating Andy Leatherbarrow for the second time this season in a testing single piece and pawns endgame. The final scorecard was:

Meanwhile in League 2, Hebden Bridge ‘B’ secured the title long ago at something of a canter. Their last two matches of the season were against the weakest sides in the league and they amply demonstrated their dominance by beating Halifax ‘C’ with only three players last week. The scorecard was:

John Kerrane’s ‘C’ team travelled to Todmorden to take on the bottom side, Todmorden ‘D’.

The match was notable for the re-appearance of Chris Harris who last played in Calderdale 20 years ago. He showed he had lost none of his fire by beating Hebden’s Terry Sullivan on board 3. Unfortunately for Todmorden, his was their only win, and the match finished quite quickly with a 4 — 1 win to Hebden. The individual results were:

Meanwhile the corresponding fixture at the Trades Club, Todmorden ‘C’ were busy beating Hebden Bridge ‘D’ by the same score line, the match featuring a fine endgame win by Graham Bowker against the much higher-rated Robert Murray on board 1. The individual results were:

Next time we’ll be covering the final round of fixtures in both divisions. In the meantime, the viewer below contains a number of games from the above fixtures.