Today we begin a review of the 2010-11 season which I’m aiming to cover off in several parts. We start with Hebden Bridge ‘A’s title challenge in Calderdale League Division 1. Here are the standings in the final table.

Of course the story is much more complicated than that. The ‘A’ team seemed to be strong contenders to retain their title right from the start of the season and on paper it appeared that Huddersfield would be their main rivals with Courier ‘A’ looking like potential dark horses as they sported very competitive players on their top 3 boards.

The reigning champions fielded almost exactly the same side they had finished the previous season with. The exception was that Matthew Wedge-Roberts replaced Dave Shapland on board 4 as Dave moved into the ‘B’ team. This made virtually no difference to the team on paper and indeed the ‘A’ team started the season with a string of powerful and conclusive victories as they raced to 3 wins out of 3 and 13 board points out of a possible 15!

Meanwhile, Huddersfield had started very sluggishly as they drew at home to Brighouse in their first match and then lost at home to Courier in their second. This surprising upset seemed to signify the arrival of the Courier team as serious title contenders until they themselves slipped to a home defeat in the very next round against Belgrave. After 3 matches it was Belgrave and Hebden Bridge who topped the table with perfect records.

Round 4 took place on the November the 1st and Hebden Bridge hosted Huddersfield knowing that if they could defeat them they would almost certainly end their rival’s title hopes on the spot. It was on this night that Huddersfield started to show their steel as they clinched a tight match 2-3. Matthew Parsons’ glittering victory over David Firth on board 2 (see below) was scant consolation for the rare defeats suffered by Dave Wedge on board 1 and Matthew Wedge-Roberts on board 5. Suddenly, Huddersfield were back in the title race 1 point behind Hebden Bridge as Belgrave took sole leadership of the table by extending their unbeaten run to four matches with a win at Halifax.

By the mid-season interval however, normal service had been resumed. Hebden Bridge ‘A’ took out the league leaders and then defeated Courier at home in the last match before Christmas. However, Huddersfield had kept up the pace behind them by beating Hebden Bridge ‘B’, Todmorden and Belgrave to move into second place.

The second half of the season saw the two leaders remain locked together as they pulled away from the rest of the teams in the division. Hebden Bridge ‘A’ continued to put away their opponents in a more convincing style than Huddersfield as the racked up an increasingly impressive board count but, try as they might, they couldn’t extend their points lead. In the end the title race came down to the second fixture between the two sides on the 10th of March, this time with Huddersfield having the home advantage.

Sadly, this was where the wheels came off for Hebden Bridge as they fell to a humiliating 4½ – ½ defeat. Dave Wedge dropped down to board 2 for the match and was the only player preventing a total whitewash as he drew with Chris Booth. The rest of the team all capitulated and the disappointment was palpable.

To give Alastair Wright’s team credit, they then lifted themselves to win their remaining fixtures and keep the pressure on Huddersfield but unfortunately their rivals, despite some close run contests, didn’t make any mistakes. In the end the ‘A’ team’s season came down to those two clashes with Huddersfield and on those nights, they didn’t do enough. Let us congratulate Huddersfield however for recovering from their awful start to get through the rest of the season with a perfect record.

Here are the man-for-man statistics for the ‘A’ team this season. A quick note on the players stats below before we dive in. All the numbers below refer only to the Calderdale League matches and the ratings differential is based on accumulating the YCA live rating scores for each league game played. The end-of-season ratings are calculated in a slightly different way. Live ratings only provide a transient flavour of a players form rather than a solid assessment of their entire season so readers should view the stats below as a guideline only. 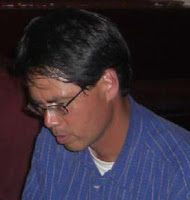 An interesting contrast in fortunes for Dave this season depending on which colour he played. He scored only 3/7 with White but managed 5/7 with Black. The stats might suggest that he was overambitious with White but, having looked at his games this season, I’d tend to suggest that perhaps he was sometimes not ambitious enough and didn’t manage to put his opponents under enough pressure. That’s just my opinion. I suspect he would say that four defeats in one season is not a vintage year for him but he was the third highest points scorer on board 1 behind Huddersfield’s Leo Keely and Belgrave’s Gordon Farrar. That’s no mean feat. He actually scored the same number of points as Gordon but dropped to board 2 for the away fixture against Huddersfield (which means he scored 7½ of his 8 points on board 1) where he scored the team’s solitary half point.

Here is Dave at his best, punishing his own team Captain for having the temerity to play a Max Lange Attack against him in the Calderdale Individual Championship. Alastair makes one mistake and is buried. 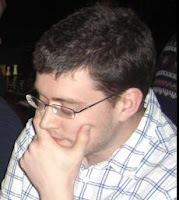 It was a really tremendous season for Matthew who lost only one game when he played on board 1 away against Huddersfield. He also swapped places with his Captain for the two ties against Belgrave and therefore scored 2 of his points on board 3. Otherwise he made 8½/10 on board 2 which is an awesome accumulation! All these exploits enabled him to increase his live rating by nearly 4 points over the season. Add to this his excellent run in the Calderdale Individual Championship where he was only stopped in the last round by Courier’s John Morgan and Matthew can be very happy with his performance this season although he will no doubt be disappointed to finish second in both the team and individual competitions. Board 1 beckons for Matthew next season.

I’ve chosen his mind bendingly complicated game against Dave Firth for his best game of the season, although in truth, there were several candidates. 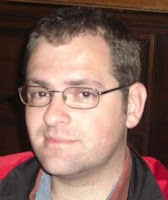 Team Captain Alastair Wright is another player who shows contrasting form with each colour. With the White pieces he was indestructible scoring 5/7 but with Black he showed some frailty. Both his loses this season occurred when he was playing Black. Unfortunately for him, playing on board 3 (except for the two matches with Belgrave and one against Todmorden when he played on board 2) and having a relatively high grade for his board position meant that his high score of 9½ only yielded him a neutral live rating score for his league fixtures. As a Captain he continued to discharge his duties in an exemplary fashion and, as a result, the ‘A’ team were always able to sport a strong side even when regular team members were missing.

Alastair is pretty open about bemoaning his poor form with Black but, as this game shows, he is also capable of winning nice games when conducting them. This positional annihilation of Todmorden’s Scott Gornall is a case in point. 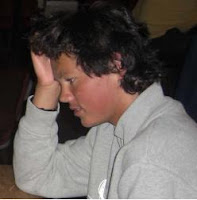 Matthew finished the season as the second highest points scorer in the Division behind John Morgan of Courier. Even though two of his 10 wins were defaults he still deserves great credit for this score. A successful team in the league will always require their lower boards to score heavily and he certainly delivered in this regard. Unfortunately his two defeats came at the hands of Huddersfield players in the critical encounters of the season but, other than those lowlights, he should be delighted with the way things went for him this year and his grade must be heading in a northerly direction once more for next year.

Many of Matthew’s wins are pretty destructive. I’ve chosen this game from the few of his that I have on my database for the year (Matthew doesn’t keep any of his score sheets — the shame, the shame!) as a good illustration of the combustible style that has yielded him a bucket load of points against the lower board opponents he has been required to dispatch.

Playing bottom board in a good team is always a bit of a thankless task. This is because, if you’re a decent player, you are expected to win pretty much every game you play and any defeat can be costly both for the team and individually. Nick has managed to amass a good scoring percentage in the matches he played in this season but nevertheless he has paid a heavy price for his defeats and draws and ends the season with a negative live rating for his league games despite scoring +4! It must be said that he had a good run out in the Calderdale Individual Championships ending the tournament as the only unbeaten player apart from the winner, John Morgan. Hopefully the end of season ratings will reward him more suitably for his efforts.

Here is Nick’s interesting round 2 draw against John in the Calderdale Individual Championship. Baring in mind John only dropped a point and a half all season in the league, this smooth draw represented a great result for Nick.

I hope that readers will offer their opinions about the ‘A’ team’s performance this season. I’m sure the players themselves will have plenty to say! Who do you think we should have playing in the ‘A’ team next season when Dave Wedge and Matthew Wedge-Roberts are gone? Please do post your comments below for others to see and consider.

One Response to “End of season review – Part 1”