Today I’m continuing with the end of season review. This time I’ll be focusing on Hebden Bridge ‘B’. Here’s how they finished in League Division 1.

It must be said that this result constitutes a pretty good performance from the ‘B’s whose main objective this year was always going to be to escape relegation. As the season kicked off it appeared that they were well placed to do that for the team looked reasonably strong on paper. With a new grade of 158 Pete Olley took up board 1 duties and Dave Shapland returned from a two year sojourn with the ‘A’ team to occupy board 2. The regular side was completed by Andy Leatherbarrow on 3, team Captain, Martin Syrett on board 4 and John Kerrane on board 5.

Sadly, in the early part of the season Captain Syrett wasn’t able to put out his best team. On match day one the team were away at Courier ‘A’ but they travelled without Pete Olley, who was unavailable. Due to the oddities of the fixture schedule all four Hebden Bridge teams were playing on that day and so Martin was unable to find a replacement the result being that the team defaulted on board 5 in a 4-1 defeat.

Circumstances were even more challenging on match day two. This time Alastair Wright nabbed both Dave Shapland and Andy Leatherbarrow to replace missing members of his ‘A’ team and Pete Olley was again unavailable. This led to Martin having to promote himself from board 4 to board 1 in the home fixture against Halifax ‘A’ and also having to draft in emergency support in the form of Terry Sullivan, Dave Sugden and Steve Priest. Baring in mind the make shift nature of the side a tied match against Halifax was a good result.

It was ironic that when Martin was finally able to put out his best side it should be against one of the best teams in the league. The third round saw the two Hebden Bridge teams in League 1 go head to head and, inevitably, the ‘A’ team run out 4-1 winners. Dave Shapland (on board 2) and Dave Sugden (deputising for John Kerrane on board 5) managed to draw their games.

Finally, good news followed for the ‘B’s as they travelled to fellow strugglers Todmorden on November the 1st and scored their first victory of the season by a convincing 4-1 margin. After this match the team lost at home to Huddersfield ‘A’ and then, disappointingly, away to Belgrave in a tight match that they seemed to have under control at one point. This just left Brighouse left to play in the first half of the season and it finally seemed that some good fortune would come the ‘B’ team’s way as Brighouse arrived with only 3 players. Despite this Hebden made terribly heavy weather of the fixture and only just wheezed over the line when Dave Shapland beat Bruce Bendall on board 2 to secure victory by the narrowest possible margin.

The team started the second half of the season just above the relegation zone and needing to get themselves an early win to steady the ship and settle the nerves. Sadly they were singularly unable to achieve this as they first let a promising match position slip away at home to Courier and then managed only a draw away to Halifax when once again a victory seemed to be on the cards. Another heavy defeat at home to Hebden Bridge ‘A’ followed before what now appeared to be a critical fixture at home to the bottom side, Todmorden.

This fixture took place on the 7th of March. Todmorden confounded Hebden first by bringing a very much stronger line up to the match then they had managed to present at the home fixture and then by winning comfortably 1½ – 3½. This result seemed to cast the ‘B’s into something of a despondent mood for they almost failed to get a team together for the next match away at Huddersfield. In the end Dave Shapland managed to draught in some emergency replacements from Leeds Chess Club to help out and a full team of 5 players ran a depleted Huddersfield side terribly close losing 3-2 in a tense fixture.

Finally, this Dunkirk spirit seemed to galvanise the team for the run in and, needing to win both their remaining fixtures to have any hope of survival, they managed to do just that. First of all Martin Syrett secured a nail-biting 3-2 home victory against Belgrave and then Dave Shapland carried the day with a decisive victory over Robert Broadbent on board 1 in the final match away to Brighouse. In the end Halifax went down in flames in the final set of fixtures against the already relegated Todmorden to give Hebden Bridge an even more comfortable margin of safety.

It’s been a hard (and at times desperate) slog against relegation this season for the ‘B’s. However, in the end, when disaster loomed, the team performed well and did enough to merit their survival. Quite what the team will look like next year remains to be seen.

Below is a player by player summary of the ‘B’ team’s performance this season. A quick note on the players stats below before we dive in. All the numbers refer only to the Calderdale League matches and the ratings differential is based on accumulating the YCA live rating scores for each league game played. The end-of-season ratings are calculated in a slightly different way. Live ratings only provide a transient flavour of a players form rather than a solid assessment of their entire season so readers should view the stats below as a guideline only. 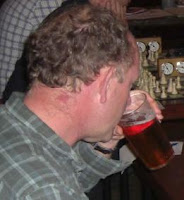 It’s been a tough and dispiriting season for Pete who picked up board 1 responsibilities due to his clearly superior rating at the start of the season rather than because he coveted the job. That said, he fought hard in every game he played and managed up a couple of good draws against Leo Keely and Darwin Ursal. It should also be pointed out that he scored a further half point on board 5 for the ‘A’ team when he was ‘promoted’ up to their ranks. Never-the-less I’m sure Pete will have learned from his games this season and will be looking forward to a less high profile role next season as well as a chance to re-build his confidence.

As his best game I’ve selected this smooth and work-man-like draw against Darwin Ursal. 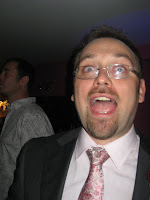 It was something of an anus mirabilis for Dave this season. Certainly he was sometimes guilty of being “over enthusiastic” with the White pieces and to prove this it should be noted that his two White wins both came against players rated lower than himself. However, his form with Black certainly merited the nom de guerre afforded to him in these pages earlier this season in honour of Halloween (and Joseph Blackburne!) — The Black Death. His unbeaten record with Black assumes even more impressive proportions when you consider that four of those eight games were played on board 1 and he turned out two wins and two draws in that position.

Dave certainly contributed to the end of season spurt that secured the team’s status in League 1 and I’m giving his final “Hurrah!” against Robert Broadbent as his best effort of the year. 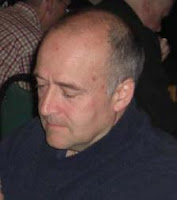 Pardon the pun but it was a checkered history for Mr Leatherbarrow in 2010-11! In the first half of the season he was a pitiful shadow of his usual self as he lost one game after another in ever more desperate and creative fashions. Time trouble usually played a part in his downfall. For long periods of games he seemed to do himself excellent justice only to fall apart or blunder at a critical moment in the end game. Ultimately he did manage to get himself together and achieved the considerable feat of taking a whole point off John Morgan (albeit via a time forfeit) in the first match of the second half of the season. Following this result he then steadied the ship in an admirable fashion by resolutely drawing his remaining games to score +1 in the second half of the season. He also scored 1½/2 for the ‘A’ team.

Andy certainly salvaged himself some pride and contributed to the home run resurgence that carried the team through its troubles to safety. Here is his aforementioned victory against John Morgan. 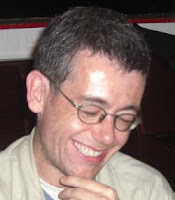 It wasn’t a vintage year for Captain Syrett in the league as he’d be only too willing to admit himself. That two of the five wins in the table below were garnered through defaults explains why his live rating has dropped slightly over the season. Once again the Calderdale Individual Championship was a happy hunting ground for Martin though as he picked up a grading prize by scoring 4/5. In achieving this he shared second place with such illustrious companions as Mathew Parsons and Dave Wedge. This excellent result will no doubt carry his end of season rating upwards and counteract his league form somewhat. Martin also made a critical contribution to the ‘B’ team’s survival by claiming the decisive victory in the penultimate fixture at home against Belgrave.

I’ve chosen to give this game against Mike Barnett as Martin’s best of the season. From a purely aesthetic perspective many of Martin’s victories are pleasing to the eye but this one has the additional impact of being delivered under great pressure. 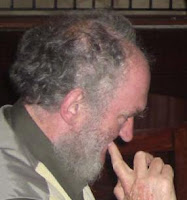 John did stirling work for the ‘B’ team this season particularly in the early part of the schedule when Andy and Martin were struggling with their form. Although one of his victories was a default the remainder of his results exhibit a pleasing symmetry: three wins, three draws and three defeats. John’s style is based on a solid positional understanding and his trade mark English Opening has once again served him well this season.

I could give any one of his smooth victories as his best game of the season but instead I’m going to replay his draw against Matthew Wedge-Roberts in the second derby fixture of the year because I think John brought his very best play to this encounter and should probably have won against a player who finished second highest in the points scoring list for the season.

Some of the challenges faced by Martin Syrett in getting a regular team of 5 players together are expressed only too vividly by the lengthy supporting cast of players who stepped in to help out. Let me do them honour by concluding this post with a recording of their contributions:

I hope that readers will offer their opinions about the ‘B’ team’s performance this season. I’m sure the players themselves will have plenty to say! Who do you think we should have playing in the ‘B’ team next season? Please do post your comments below for others to see and consider.