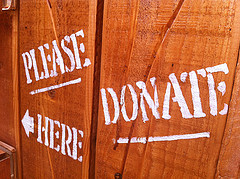 Any other teams who wish to donate a point head start to our ‘A’ team this season please apply in advance so that we can advise our own corresponding player not to travel. Thanks! This image is used under Creative Commons terms and sourced from Howard Lake’s Flickr photostream

As I mentioned in last week’s post, Hebden Bridge ‘A’ played the second of their back to back fixtures at the Trades Club on Monday against Todmorden’B’. Their opponents may have been winless and at the foot of the table but victory could not be taken for granted as all the boards saw match ups of similar rated players. This was going to be a tough task for Hebden and so it proved.

Once again Hebden were handed a huge boost at the start of the night when Todmorden’s board 3, Dave Innes, failed to appear meaning that, for the third time this season, Hebden had been donated a point’s start by their opponents. Last week at Brighouse they made it count and they’d almost squeezed something from Huddersfield in the first fixture of the season as well. Could they capitalise this time around?

Nick Sykes was the man left on the sidelines this week although, having played in a bruising British Rapidplay Championship at the weekend, he seemed unperturbed at not getting a game. Instead he got to watch as a tense and enthralling set of encounters unfolded.

Martin Syrett was the first to finish against Rob Collier on board 5. Your correspondent didn’t get to see a great deal of this game but it seemed to end rather abruptly after a pretty lengthy and close-run contest. Hebden were, for the third time in five matches this season, 2 — 0 up.

Todmorden got a point back half an hour or so later when Todmorden’s Mike Huett broke through to Andy Leatherbarrow’s king in a contest where the players had contested a lively looking closed Sicilian.

Now it was down to the top two boards to decide the encounter with Hebden a point up. In truth Todmorden never really looked like they were going to trouble their Hebden counterparts on these top two boards although in the end, and after much struggle they did hold both games. On board 1 Pete Leonard seemed to surprise Neil Suttie with his Bishops Opening and he got a pleasant edge which he converted to a single pawn’s advantage. However, Neil maintained drawing chances by keeping the queens on the board and eventually, in a queen and pawn ending, Pete offered a draw when it no longer seemed he could make progress even though he still held a notional advantage. Hebden now needed a draw on board 2 to secure the tie.

They did eventually get it at the end of a very hard-fought encounter between Dave Shapland and Mike Connor. Dave seemed to get a lot of pressure out of the opening against Mike’s Alekhine’s Defence. However, often in the Alekhine’s Black appears to have a miserable position and is forced to take some risks to get counterplay. This looked like it would be the theme of this game also until Dave underestimated the strength of a thematic pawn advance which enabled Mike to win a piece by force.

But again appearances were deceptive, for Dave was soon able to regain the piece and keep up his pressure. Off came the rooks at which point the players were left with a piece (Dave and bishop and Mike a knight) and four pawns each. Still Dave pressed but the position was levelling out until finally Mike tried to simplify further by exchanging queens. It wasn’t a favourable swap as there were pawns on each side of the board and the bishop became the more valuable of the two pieces.

Finally, deep into the second time control, Dave offered Mike a draw when he realised it would win his team the match. It still looked like he could win but he was taking no chances. Mike was pleased to accept as he surely couldn’t have played for the win his team needed without taking great risks.

Elsewhere the league leaders showed their true class as both Huddersfield and Todmorden ‘A’ inflicted the first 4 — 1 and 4½ — ½ results in the league this season. On Monday night Todmorden ‘A’ travelled to meet a strong Courier ‘A’ side and utterly routed them. Tod had what looks like their strongest possible line up (which was not the case when the lost to Huddersfield last time around) and Courier were rather under strength. Still, only Martin Hamer ‘dropped’ a half-point to Tony Slinger on board 1. The rest of the Todmorden team won their games.

As if in response to this result the league leaders underlined their supremacy with a 4 — 1 win at home to Brighouse last night. Greg Eagleton slumped to a defeat against Dennis Breen on board 1 but the rest of the Huddersfield team strode to victory. Matthew Parsons has sent us his miniature against Robert Broadbent who was already struggling before overlooking a surprising tactic that ended the game at once.

The fourth match of the week saw the champions Halifax ‘A’ travel across town to visit Belgrave. After a stuttering start, Halifax now have all three of the musketeers who drove them to last year’s title. Messrs Ursal, Williams and Somerset all won their games on the top three boards although a little of the shine was taken off their wins by a draw on board 5 and a defeat for Sam Scurfield inflicted by Angel Gonzalez on board 4.

All of this means that Hebden Bridge have climbed to their highest league place of the year to date. They are third on board count ahead of Halifax. Both have 6 points. Todmorden ‘A’ have 8 and Huddersfield are still perfect on 10. Hebden Bridge fans shouldn’t get too excited about the team’s lofty status however as their next four fixtures pit them against Halifax away, Todmorden ‘A’ at home, Huddersfield away and then Courier ‘A’ away. If they are still in third place after that lot they’ll be over the moon!

4 Responses to “Hebden thriving on donations”