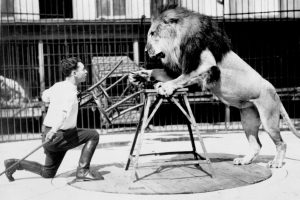 Last week the fifth round of the Calderdale Evening League 1 took place in venues in Todmorden, Halifax, Brighouse and Huddersfield.

On Monday there was a clash of title contenders as Hebden Bridge ‘A’ travelled to Todmorden for their match with Golden Lion. Meanwhile Halifax ‘A’ drove across town to play Belgrave ‘A’ and Halifax ‘B’ went further afield to play Brighouse. Then on Wednesday Huddersfield ‘A’ hosted Hebden Bridge ‘B’.

The tie of the round was undoubtedly the one between Golden Lion and Hebden Bridge ‘A’ as these two teams plus Huddersfield have set the early pace and look like the strongest teams in the league this season. Last year Hebden made the journey to Todmorden knowing that a win would pretty much guarantee them the title while any other result would hand it to their hosts. In the end it was a humbling experience for Dave Shapland’s men as they went down 4 – 1 suffering three defeats and gaining just two draws.

This time round Captain Pete Leonard had brought an even stronger line up – probably the strongest he could have mustered – in a bid to continue the team’s recovery since they lost at home to Huddersfield in round 3. Matthew Parsons and Andy Bak were two of the losers in last year’s match and they returned on boards 1 and 2 with points to prove. Chris Bak, John Allan and Pete himself made up the rest of the line-up meaning that (for the first time in a very long time – possibly ever!) the whole Hebden line up was rated above 160.

Golden Lion meanwhile were under the charge of Hebden’s captain of last season, Dave Shapland. He didn’t quite have his strongest possible team but it was close. Regulars Martyn Hamer, Phil Cook and Andrew Clarkson were on the top three boards and then Dave played on board 4 and David Innes on board 5. Only on the bottom board, where David was rated 20 points lower than Pete, was there a significant difference in ratings between the two sides.

Playing all boards with the White pieces should confer some sort of advantage but it had not helped Hebden in last season’s failure, this time out they determinedly made it count. The first game to finish was the bottom board where Pete was subjected to a typically ferocious attack from David. However, on this occasion Pete simply took the material he was offered (as he likes to do) and then calmly repelled the threats before going to the counter offensive. Hebden had made a perfect start and for once, the men from the Golden Lion were under pressure.

Things went from bad to worse for the hosts pretty quickly. On board 1 Matthew benefitted when Martyn missed a tactic and found himself a pawn down and with a very uncomfortable position as early as move 16. It was almost a mirror of their encounter last season. Martyn fought on of course but then another nice tactical sequence cost him an exchange after which Matthew was clearly winning and just went on mopping up pawns. At the end Martyn was an exchange and four pawns down and had run out of any chances to trick Matthew so he resigned.

Hebden were 0 – 2 up and by this stage of the evening it looked like it was going to be a total rout. Phil Cook on board two had deployed his Nimzowitsch Defence against Andy Bak but it looked like the opening had gone very badly indeed as Andy had gained a huge space advantage and Phil was hanging on by his finger nails. On Board 3, Chris Bak had also had the better of the opening against Andrew Clarkson and, whilst he wasn’t winning, Andrew was clearly going to have to play well to hold on for a draw. Finally, on board 4, Dave Shapland had also suffered from a weak display in the opening and was a pawn down against John Allan. With Golden Lion now needing to win all three of these games to take the match it was clear that a miracle would be required.

The miracle didn’t come as Andy finished off Phil to seal the match and now it was simply a case of whether or not Chris and John had an appetite to try and grind out victories to rub salt into the wound. It turned out that they didn’t although both did press on for a while. First Dave managed to find a way to activate his pieces and exchange off three sets of minor pieces so that opposite coloured bishops were left on the board. It was clear that, even with the extra pawn, John would probably require Dave to make some more mistakes if he was going to win and, having felt like he’d lost most of his advantage, proposed a draw.

Then on board 3, Chris Bak too acknowledged that Andrew’s stubborn defence had somewhat levelled the playing field. The position was congested and, although he had a space advantage, it was hard to see how Chris could make progress, so he too offered a draw.

This was an outstanding 1 – 4 win for Hebden Bridge against one of their principle rivals for the title. Here is the final match scorecard:

The other games on Monday night were rather closer matches. Bottom team Brighouse did their very best to scrounge something from their match against Halifax ‘B’ but they were out of luck. The top two boards were drawn and Adrian Dawson managed to overcome Howard Wood on board 3 but then Ronnie Grandage and Tim Pryke lost to Vivienne Webster and Ray Cully respectively as Halifax pinched the match 2 – 3.

Halifax ‘A’ have had a real struggle so far this season but there are signs of a recovery beginning to show as they held Belgrave ‘A’ to a draw by winning tight encounters on the top two boards and drawing with a rating disadvantage on board 4. Only Karim Khans’ win on board 5 against Mac Randhawa and Richard Bowman’s win on board 3 against Carlos Velosa saved the home team from defeat.

This just leaves us to report on the Wednesday night match between Huddersfield and Hebden Bridge ‘B’. This was the home side’s chance to take advantage of Golden Lion’s slip up and go top of the league on their own. However, as it turned out Hebden had other ideas.

Huddersfield have been pretty consistent with their team selection so far this year with Greg Eagleton, Dave Keddie, Steve Westmoreland and Dave Tooley forming the spine of their team. This time Dave Keddie was missing but the other three regulars played on the top three boards and were joined by Andrew Dearnley and David Gray on boards 4 and 5.

Hebden were out-gunned to one extent or another on every board as they brought Neil Suttie, Nick Sykes, Martin Syrett, Andy Leatherbarrow and Paul Gledhill to the fixture. Yet, despite their statistical disadvantage, the visitors caused their hosts a great deal of trouble.

On board one, Greg Eagleton was unable to make anything more than a draw in a cagey encounter with Neil Suttie. As Neil was giving away the biggest rating difference in the tie this was an excellent result for him. There were also draws between the Captains, Steve Westmoreland and Martin Syrett, on board 3 and between the Andrew’s, Dearnley and Leatherbarrow, on board 4.

Paul Gledhill lost out to David Gray on board 5 but Nick Sykes levelled the match by beating Dave Tooley on board 2. It appeared that Dave had the better of the opening phase of the game but he got short of time as he looked for the knock-out blow they may not have been there and over-pressed. In the end he ran out of time in a lost position.

Here is the final match card:

In the end then Huddersfield ‘A’ did go top of the league with this draw. They now have 9 points whilst Golden Lion and Hebden Bridge ‘A’ both have 8. Neverthless, Huddersfield may feel they have failed to fully exploit their advantage as they could have been two points clear at the top and with a far superior board count ahead of their crunch match with Golden Lion just before Christmas. It looks as though that match will now decide who will be top of the league at the half way point in the season. It could still be Hebden ’A’ if those other two draw. Hebden have now played all of their main rivals once and will finish the first half of the season by playing Brighouse and Halifax ‘B’ so they should reach 12 points without any fuss.

At the other end of the table, Brighouse are still rock bottom but, with their fantastic draw at Huddersfield, Hebden ‘B’ have joined Halifax ‘A’ on 3 points and actually have a better board count. Halifax ‘B’ are a point ahead on 4 points and Belgrave ‘A’ are not yet out of the relegation battle completely as they have 5 points. It looks like it will be a tight battle to see who goes down with Brighouse.

Five games from the two Hebden Bridge matches can be found in the viewer below. As always, our thanks go to those who sent in their games or annotated them. The match reports would be so much less interesting without them. If anyone else (from any clubs in Calderdale would like to send in Calderdale League games for publication (annotated or otherwise) please just email your PGN files to hebdenbridgeschessclub@gmail.com

One Response to “Lion tamers”