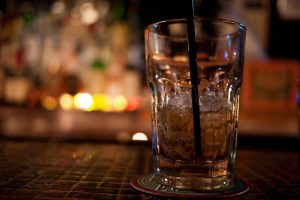 There were no half measures at the Golden Lion on Monday night as all five games ended decisively between Hebden Bridge ‘A’ and Hebden Bridge ‘B’. Photo credit: Kevin Harber (Flickr)

As mentioned in last week’s post the second of six (!!) Hebden Bridge derby matches in League 1 this season was postponed from last week until Monday evening. It was worth the wait though as no quarter was asked for and none was given as all five boards in the Hebden Bridge ‘A’ vs. Hebden Bridge ‘B’ match saw a decisive result and some interesting and enterprising chess was played.

Of course, the fixture was only paying lip service towards being a real derby as Hebden Bridge ‘A’ are based in Todmorden at the Golden Lion. Last season Golden Lion had been beaten at home by the same opponents. It was the only match they lost as they clinched their fourth successive title. Hebden Bridge finished four points behind them in second place. It would be reasonable to assume then that these two sides should be in the mix for the title race again this season.

This time around the situation was somewhat different. Hebden bridge ‘B’ had started their season with a resounding win against their ‘C’ team while Hebden Bridge ‘A’ had lost out to Halifax ‘A’. However, the Todmorden-based team still sported a very strong line up with the spine of their quadruple title winning side all present. Andrew Clarkson was on board 1, Martyn Hamer on 2 and Phil Cook on 3. They were joined be Andrew Swales and Pete Dickinson. Swales is new to the team this season, but Dickinson played some games on board 5 last year and performed well.

Hebden ‘B’ meanwhile, whilst not having the same ordnance on all the top boards, certainly had strength in depth. Matthew Parsons played on board 1, Dave Shapland on 2, Pete Leonard on 3, Sam Swain on 4 and Neil Suttie on 5. This meant that the ‘B’ team were stronger on paper on the bottom two boards, weaker on boards 2 and 3 and then slightly stronger again on the top board. If the over the board encounters were as finely matched as it looked in the grading of the players then it was going to be a tight match.

And so it proved to be. All the games continued well into the second half of the evening and the results on all four boards were by no means pre-ordained. It seemed that Hebden ‘B’ would need to win at least one of the bottom two boards. In the end they won both. In the first result of the night, Neil Suttie built up methodically and sensibly against Pete Dickinson’s Philidor Defence. He managed to force Pete’s pieces into disharmony and was then able to take advantage of that with a nice combination starting with 20.Ng5. After Black’s response 20…Rg6 see if you can spot Neil’s continuation in the diagram on the right. After this the game drew to a swift conclusion.

Sam followed up on Neil’s good work with a slightly different sort of win. A highly complicated Chigorin System of the Ruy Lopez appeared on the board. Andy seemed to be making some progress with Black but then, just as had happened on board 5, his pieces seemed to somehow get in each other’s way whilst Sam’s were operating harmoniously. This led first of all to White winning a pawn and then, a little later, Andy was compelled to give up the exchange to prevent his queen from getting trapped. After that Sam was always in control even thought the complications persisted for a while longer. Finally, Sam forced simplifications and Andy resigned when he made a blunder in what was already a lost position.

It was 0 – 2 to Hebden ‘B’, and it seemed that they needed the buffer for by the time Sam had won his game, Pete Leonard had a losing rook and pawn ending on the board against Phil Cook and Dave Shapland, just like Andy and Pete before him, gotten his pieces in a tangle and was forced to give up his queen for a rook and bishop. Unlike Andy and Pete though he did have some counter play and a very resilient looking defensive position.

This all meant that the result on board 1 was absolutely critical to the outcome of the match result. Andrew had ventured a pseudo King’s Indian position against Matthew’s inevitable London System. This way of approaching the London has a decent reputation and indeed Andrew appeared to be holding his own only for Matthew to slowly out play him and exchange one type of advantage for another until he finally sealed it in a rook and pawn ending. By this time Pete had lost and Dave was only writhing in agony before Martyn dealt his death-blow but the result was no longer in doubt. Hebden ‘B’ had managed to beat the title holders away for a second successive season.

All the games from the match can be found in the game viewer below. Thanks to Andrew Clarkson and Matthew Parsons who have both annotated their game from Monday night.

Next week the bottom two teams will play the last of the Hebden Bridge derby matched before Christmas while the top team host Huddersfield ‘A’ in what promises to be another tight match. Belgrave ‘A’ vs Halifax ‘A’ and Belgrave ‘B’ vs Huddersfield ‘B’ completes the fixtures.

This week also saw a second round of fixtures played in League 2. In this Belgrave ‘C’ crushed Halifax ‘C’ 1 – 4 with ‘Super’ Steve Harrington registering his fourth win out of four in both leagues so far this season. Chris Edwards and Paul Jacobs also won their games while boards 1 and 2 were drawn.

At the Trades Club Brighouse went one point better to whitewash Hebden Bridge ‘D’s line up of juniors and Huddersfield ‘C’ registered a walk over when Halifax ‘B’ defaulted their match.

All of this means that the new outfit, Huddersfield ‘C’ and the old stagers, Brighouse sit atop the League with 4 points. Belgrave ‘C’ and Halifax ‘B’ have 2 points and Halifax ‘C’ and Hebden Bridge ‘D’ have no points.