Today I’d like to introduce a new columnist to Chessticles readers. Because he is an eminent figure in the British judicial system (as well as a very strong chess player) he has chosen to use the nom de plume “M’Lod”. Readers will not be surprised to hear that he has been commissioned to ramble eccentrically about the laws of chess. When I say this however I refer not to the rules and regulations that govern the way the game is played but instead the “theoretical laws” that have been laid down for students of the game to follow by experts and tutors over the years. M’Lod will examine a case study in each of his columns and assess how the evidence it contains either supports or disproves the particular “law” that is being evaluated. Over to you M’Lod. 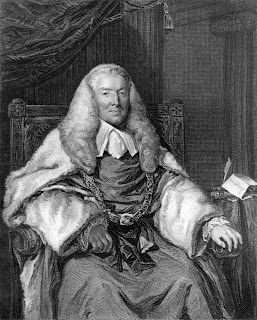 Silence in court! Let us begin.
When beginners are learning the game one of the first rules they are taught is the value of the pieces. The accepted theory is that Pawns are worth 1 point; Knights and Bishops 3 points; Rooks 5 points and the Queen 9 points. It is a simple way of assessing the balance of material on the board and in most cases a material advantage for one side or the other is decisive.

Unfortunately, the law is rather crude and needs further legislation in order to be enforced with any degree of reliability. For example, in the end game pawns assume a much greater value than they do in the earlier stages of the game as they have the opportunity to promote to a queen. Every pawn therefore has a potential value of 9 points and this dynamic can create chaos when it comes to assessing the merits of a position. One moment a pawn isworth 1 point, the next it is worth 9. How can this happen? Examine the evidence below if you will.

Case A — “Pieces are worth more than pawns” 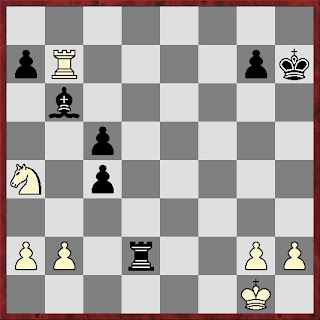 It is black to play in this position. A cursory assessment of the situation suggests that, although the material held by the two sides is equal, positionally, white is rather better. His knight is more active than black’s passive bishop and black’s doubled c-pawns are a potential weakness. Unfortunately they are also potential queens and black exploits this in a rather elegant fashion by playing…

Black is sacrificing his rook, but, in the process the value of his pawn on c4 has just increased as it is now a passed pawn.

Already white finds himself in a spot of bother as, in order to stop the pawn he must play 3.Nd3. Sadly this will be met with 3….c4+ 4.Kf1 (4.Rxb6 cxd3 is winning for black) cxd3 5.Ke1 c2 6.Kd2 Be3+ sacrificing the other piece in order to promote his c-pawn which has suddenly assumed a 9 point value! In order to continue white must give back the exchange by playing…

A truly stunning reposte! Black isn’t interested in regaining the rook. All that matters is queening the c-pawn and in order to do that he must prevent the white knight getting to d3 which he would suceed in doing after 3…axb6 4.Nd3. A purely material assessment of the position now shows that white is 8 points (Rook = 5 and Knight = 3) ahead but of course black’s pawn on c3 is worth a lot more than 1 point right now. 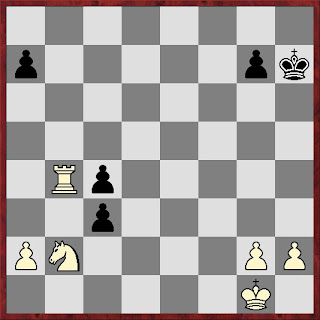 This is white’s only hope right now as if 4.Rc6 then cxb2 will get the pawn home on the b-file. Now if black takes the knight with 4…cxb2 then 5.Rxb2 and if 4…c2 then 5.Rxc4 and white stops the pawn. Black therefore declines to regain the material once again.

With b4 and c1 unavailable to white’s rook black’s pawn can’t be stopped and has achieved its maximum potential value therefore white resigned.

Of course the evidence this game provides is a rather melodramatic, if exceedingly elegant means of disrupting the accepted order. Never the less it surely proves that a simplistic and rigid application of piece values is destined to get players into trouble. I would therefore recommend that the following amendments be made the law we are examining today.

Suggested amendments to the “Pieces are worth more than pawns” rule

I believe there are further amendments to laws about the relative value of pieces that must be considered but let us adjourn today’s proceedings and continue this discussion another time.