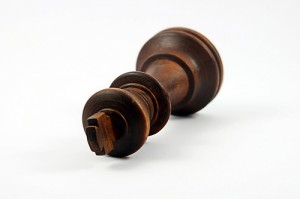 We’ve just been given sad news by our colleagues at the Bradford Chess Club of the untimely passing of Steve Priest. Steve was a stalwart of our club and a regular player in our ‘B’ and ‘C’ teams up until last season when illness forced him to significantly reduce his playing commitments. He was a prolific player outside Calderdale too and I remember being amazed a few years ago when I found out that, aside from playing for us in the Calderdale League, he was also appearing regularly in Bradford, Leeds and Huddersfield competitions as well. In fact a quick look at his record on the Yorkshire Chess Association Grading list confirms that he played an incredible ninety five rated games in Yorkshire in the 2011-12 season! Moreover, he played only a handful fewer in each of the three seasons before that one. These statistics demonstrate his passion for the game and his unquenchable competitive spirit.

Steve was a real fighter at the board. On the handful of occasions when I played him I found him to be a most tenacious and resourceful opponent who simply didn’t know when he was beaten and made you struggle to draw any concession from him. Even the handshake at the end of the game could sometimes seem grudging but he always gave his opponents full respect though he hated losing and it wasn’t uncommon to hear him muttering rebuke to himself at the board when he make a mistake. Put simply he was one of those characters that make playing club chess such a joyful and interesting recreation. Last year I published a particularly memorable and intensely hard fought epic draw that I had with him in my Travail Pursuit column on the Yorkshire Chess website. I’ve published the game again below as I believe it’s a typical of his uncompromising and spirited approach to the game.

I’m sure that some readers will want to share their own memories of Steve here. I don’t know where chess players go to when they pass on but I’m sure wherever Steven is he’ll have announced his arrival with his traditional greeting of “Fancy a game?”