Over the next few days our website is going to celebrate three notable anniversaries that have taken place recently. First up today, let’s stop to record our appreciation for an unsung chess hero.

On Monday West Yorkshire’s own Mark Crowther celebrated the 900th edition of The Week In Chess (TWIC) with a typically humble tweet:

The Week in Chess 900. It’s getting quite hard to believe how high the numbers are going because I do them one at a time.

Over these 900 weeks of publication dating back to 1994 this indispensible bulletin has delivered 1.27million games to a ravenous global chess community. Grandmasters and patzers alike make use of the TWIC download to augment their monstrous databases. The currency of the service was a genuine game-changer in the web-based world that chess now inhabits because it meant top players no longer had to wait for print publications to deliver the latest games to them. They could download them every week instead. Of course nowadays even every week isn’t fast enough and so, during important competitions, the website is updated daily. 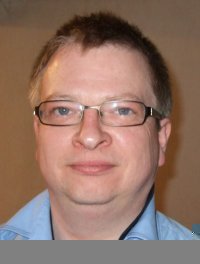 As an illustration of how hard it can be to keep up, I was recently delighted (in a sad spoddy sort of way!) when I managed to tell “Mr Chess News” himself something he didn’t already know. At the end of last year I bumped into Crowther at a Bradford league match. He was playing in another fixture at the same venue and engaging his adversary in post-mortem discussion in the bar. I sidled over, pretending to kibbitz, but then asked him if he’d seen that Nakamura had beaten Anand with Black at the London Chess Classic — earlier that afternoon he had tweeted that Nakamura was as good as lost when the engines pronounced a gloomy outlook. He admitted that he’d left home before Nakamura’s incredible turnaround in that game and so hadn’t been aware that he’d won but he generously thanked me for letting him know.

Many readers perhaps don’t realise that Crowther is a decent player himself. I don’t know whether any of his own games have ever made it into his own bulletins but it seems a fitting tribute to his endeavours that I should publish my only game against him in which he administered unto me a sound thrashing! In the truest traditions of TWIC I am making this game available for you to download via the Chessbase game viewer.  This way you’ll at least have one Mark Crowther game on your database. It’s the least he deserves!

For those interested there is a potted history of TWIC in an interesting article published at the time of the 500th edition back in 2007.