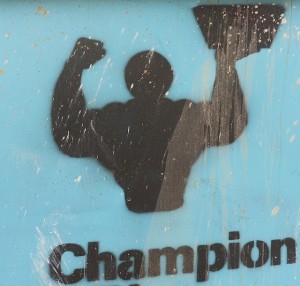 Champions again? Todmorden ‘A’ have been the strongmen of League 1 so far this season and certainly put on a powerful display at Hebden Bridge this week. This photo is used under Creative Commons terms and sourced from mikecogh’s Flickr photostream

It’s been a crazy week of action in the Calderdale League this week with sides from both divisions in action.

Let’s start with Hebden Bridge ‘A’s match up with last year’s champions and current league leaders Todmorden ‘A’. Over the last few years Hebden have struggled at Todmorden but have more than held their own and more in the home fixtures. In fact, since Todmorden ‘A’ returned to League 1 in 2011-12 they have never beaten Hebden ‘A’ at home. Moreover, Hebden were fresh from their most convincing performance of the season against Halifax ‘A’ last time out and for this fixture they managed to field their strongest line up of the year so far in the form of Andy Bak, John Allan, Dave Shapland,  Pete Leonard and Nick Sykes. That said, Tod, who must have been conscious of their travails at Hebden in recent years, also fielded their strongest possible line up as they arrived with Martin Hamer, Phil Cook, Pete Mulleady, Andrew Clarkson and Dave Patrick in tow. Clearly it was going to be a magnificent battle at the White Lion on Bridge Gate (the Trades Club was not available as they had a gig on there on Monday).

On the night all five games were hotly contested and generally saw a high standard of chess being played although inevitably there were mistakes too and these led to decisive results on three boards. On board 2 John Allan and Phil Cook chopped wood with the efficiency and speed of a power saw and agreed peace terms without jeopardising their half of the point. After that it was well into the evening before the outcome of the match was decided when Hebden’s lower boards started falling like Autumn leaves.

First of all Nick Sykes was defeated by Dave Patrick. In a Classical Variation of the French Defence the two tested each others knowledge of opening theory. Dave successfully dodged all the traps and pitfalls in the early stages but Nick retained a very small advantage. However, as they entered a double rook and multiple minor piece ending Nick played inaccurately, Dave pounced to win a pawn and after that he mopped up very efficiently. Generally, Dave demonstrated that he’s extremely experienced and well prepared with his favorite openings. Nick made one mistake and got punished.

Shortly after this Pete Leonard gave up the ghost in an endgame after a rather more one-sided fight against Andrew Clarkson. Andrew is just as well prepared in the Pirc Defence as Dave is in the French and it showed as Pete seemed to get a couple of possible strategies mixed up and ended up with a pretty miserable position straight out of the opening. Andrew gave him no chance of recovering and polished him off smoothly. Already the best Hebden could hope for was a draw and to do that they’d need to win both the remaining boards.

Their hopes were quickly extinguished when Dave Shapland also succumbed to Pete Mulleady in another French Defence (this time the 3…c5 line of the Tarrasch Varaition). This was a typically complex offering from Dave who miscalculated in the opening and faced with losing a piece was compelled to sacrifice it for two pawns and a dangerous initiative. Any chess engine will quickly tell you that White has nothing here but over the board it looked pretty scary. Pete bravely sent his king meandering off to g6 which turned out to be the best way for him to play for the full point. As the complexity level rose both players got into horrible time trouble (Dave had the worst of it) and ultimately that led to the precision level going right down as they scrambled to make their last 10 moves or so. The game analysis shows that Pete went wrong towards the end of the game and handed Dave a single winning chance. He missed it and went down immediately.

This just left Andy Bak and Martin Hamer to play out the draw that also seemed like an inevitability on board 1. In fact Martin offered a draw on this board very early on in the evening, probably knowing that it is not in Andy’s nature to accept these kinds of offers and pretty much compelling him to try and find a way to imbalance the Catalan Opening they were discussing. Andy tried gamely to do just that but, with the match lost and no real hope of squeezing out anything he offered the draw by return and it was accepted.

All in all a disappointing night for Hebden who had to doff their hats respectfully to a powerful performance from the champions who now must be odds on to retain their title. They lead on board count over Halifax ‘A’ but have a game in hand over them. Both of the top two are yet to face Huddersfield who may yet play a part in deciding the destiny of the title but if Tod stay in this kind of form they’ll win comfortably. Finally, after five failed attempts in a row, they had beaten Hebden in Hebden. Four of the five games are in the viewer at the end of this post. The final scorecard was:

Elsewhere in Division 1 Halifax ‘A’ stayed in second place by virtue of their 1½ âˆ’ 3½ away win at Brighouse. Only an excellent win for Nick Hudson over Bill Somerset on board 2 interrupted their progress. Belgrave and a beefed up Halifax ‘B’ side traded blows to tie their match. Ina Hunter and Malcolm Corbett won for the home side and Dave Sugden and Vivienne Webster won for Halifax. On Wednesday night Huddersfield pummeled Todmorden ‘B’ 4½ âˆ’ ½ with only David Innes on bottom board providing resistance for the visitors. This result moves Huddersfield back into third position above Hebden Bridge ‘A’ in fourth. As pointed out above however, Huddersfield have the hardest run in of the top four as they play all their rivals in the last three rounds of the season and have a match in hand to play against Todmorden ‘B’. At the bottom, Halifax ‘B’ join Brighouse on 2 points but neither has any realistic hopes of avoiding relegation as they are both 6 points behind Todmorden ‘B’.

In League 2 the key match was between the leaders Halifax ‘C’, and second placed Hebden Bridge ‘B’. Hebden had to win this match and hope for their rivals to slip up again in the last match of the season to have any chance of snatching the title from them. At least they managed to do their bit by securing a fine ½ âˆ’ 4½ victory away from home. Terry Sullivan ‘dropped’ the half point against Barry Wadsworth on board 4 but the rest of the team were brutally efficient as Andy Leatherbarrow beat Ray Cully on board 1, Martin Syrett beat Howard Wood on board 2, Neil Bamford beat Pete Moss on 3 and Alex Brown beat John Nuttall on board 5. Below is the final match car:

Hebden Bridge’s junior outfit gave Todmorden ‘C’ an almighty scare as they played their home fixture at the away venue with the Trades Club being unavailable. Team Captain and Hebden Bridge Junior club organisers John Kerrane reports on his young charges:

The Hebden Bridge ‘C’ team, consisting mostly of junior players, gave a very good account of themselves, and an early win by Toby Dodd on board 4 gave them hopes of a victory. However, the Todmorden team played steadily, and their greater experience saw them through to a 2 âˆ’ 3 win.”

In the third match played in League 2 Courier beat Halifax ‘D’ 3½ âˆ’ 1½ thanks to wins by Adrian Dawson and Paul Jacobs.

Next week League 1 is on again with two matches being played at the Halifax Chess Club and two at Todmorden Chess Club. Hebden Bridge ‘A’ travel to Halifax ‘B’, Halifax ‘A’ host Huddersfield in what promises to be the tie of the round while Todmorden ‘A’ host Brighouse and Todmordfen ‘B’ host Belgrave. Expect another report on this site next week as we fast approach the business end of the season.