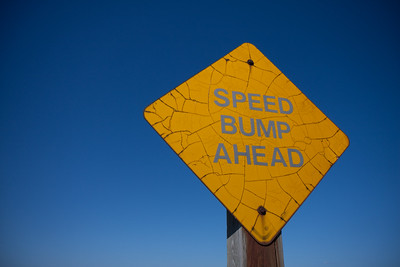 Huddersfield ‘A’ slowed down Hebden Bridge ‘A’s attempt to retain their title by holding them to a draw. Photo credit: veggiefrog’s Flickr photostream

Your editor is freshly home from his holidays and recognizes the need to catch up on the Calderdale Evening League scene which has now played three rounds of fixtures since our last post. In this missive we’ll cover the League 1 action from fixtures played on the 28th of October and also the League 2 matches played on the 4th of November.

We’ll start with title holders Hebden Bridge ‘A’ who hosted a Huddersfield ‘A’ team that has been struggling somewhat so far this season with defeats against Halifax ‘A’ and Hebden Bridge ‘B’ sandwiching a win over Brighouse in round 2.

Hebden were missing their top three boards from their previous match against their ‘B’ team. Matthew Parsons, Stavros Pantazopoulos and Dave Shapland were all unavailable, but into the side came the Bak brothers, Chris and Andy and also the returning Pete Leonard who had been absent for their previous match. Andy Leatherbarrow and Neil Suttie made up the full compliment.

On paper this side looked to have a decent edge over the visiting line up which had plenty of experience but not the same strength, especially on the top couple of board as they fielded with Steve Westmoreland, Dave Keddie, Nick Sykes, Richard Boylan and David Booth.

Unfortunately for the hosts, this was one of those occasions where the form book was not reflected in the result. Andy Bak and Neil Suttie beat Dave Keddie and David Booth on boards 2 and 5 respectively and Andy Leatherbarrow drew with Nick Sykes on board 3 but there were blunders by Chris Bak and Pete Leonard on boards 1 and 4 which saw the visitors grab the two wins they needed to tie the match. Kudos to Huddersfield for taking their chances in these games and effectively slowing down the momentum that was building in the holders attempts to retain their title. Hebden were happy not to have dropped both match points in the end. Here’s the full match card:

This result meant that Halifax ‘A’ stayed top of the League by a single point despite having their bye week. It also gave the Hebden Bridge ‘B’ team a chance to close the gap on their colleagues with a tight win at home over somewhat weakened Belgrave ‘A’ line up. The visitors arrived without Tony Slinger, Malcolm Corbett or Peter Hughes in train and, although John Morgan and Dave Patrick succeeded in holding draws against their higher rated opposition on the top two boards, Karim Khan and Chris Edwards were dispatched by Andrew Clarkson and Sam Swain respectively. However, Steve Harrington beat Paul Gledhill on board 5 to give the visiting team a single win and keep the scoreline respectable.

The full match score card was:

Several games from these two Hebden Bridge matches can be found in the game viewer at the end of this post. My thanks to all the players concerned for sending in their games for publication. This website would not be nearly so interesting without games to look at!

The third match of the round saw back markers Brighouse beaten by Belgrave ‘B’ at home. This moved the visitors further ahead of their opponents and gave them a fighting chance of avoiding relegation. Remember that two teams go down from league 1 this season but only one will be promoted from league 2.

Speaking of which… last week saw round 4 of the League 2 season with the teams starting their second cycle of four this season. For Hebden Bridge ‘C’ this meant a home tie against a Belgrave ‘C’ team that had pipped them at the post in the opening match. The players were hungry for revenge and duly got it with a fine team display that saw Andy Leatherbarrow, John Kerrane, Paul Gledhill and Terry Sullivan all win their games against Chris Edwards, Angel Gonzales, Paul Edwards and Paul Jacobs respectively. Only Chris Marsden on board 5 went down to defeat after a blunder in his game.

With this result Hebden joined their defeated foes on 4 points for the season so far. These two sides are now 4 points behind the run-away leaders, Huddersfield ‘B’. They consolidated their advantage with a crushing 4½ – ½ win at home against Halifax ‘B’. Only Howard Wood on board 1 was able to hold a draw against David Gray.

Next week we will feature another double-billed report as we cover the matches played in League 1 on Monday night and also the League 2 matches being played next week.