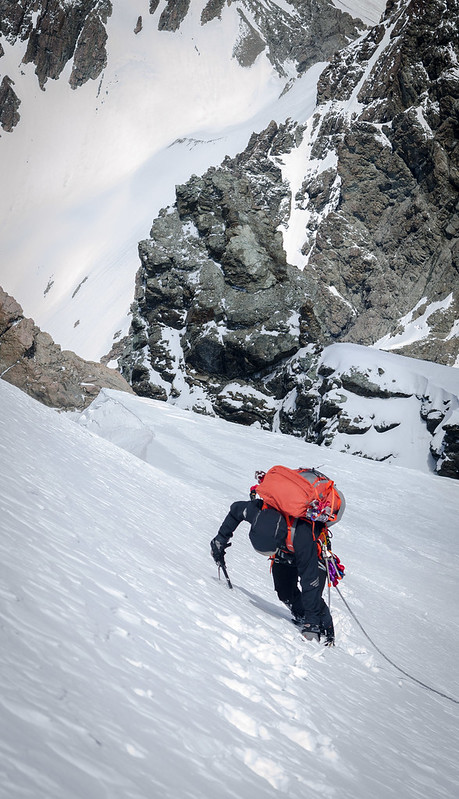 It’s been a long haul but Hebden Bridge ‘A’ have managed to get back to the top of the pile in League 1. Can they stay there? Photo: Vern’s Flickr photostream

Last Monday the sixth round of fixtures in Calderdale League 1 took place and resulted in the leadership of the title race changing hands. Since round 3, when they had a bye, the League Champions, Hebden Bridge ‘A’, have been pursuing Halifax ‘A’. In round 4 they missed their chance to catch up immediately when they were only able to draw at home to Huddersfield ‘A’ while Halifax had their bye round. Then in round 5, Halifax slipped up when they could only draw at home to the back-markers of Brighouse. Now in round 6, with their lead curtailed to a mere half point on board count, Halifax had the tough challenge of travelling to third placed Hebden Bridge ‘B’ whilst Hebden ‘A’ hosted Belgrave ‘B’.

At Todmorden, Halifax wheeled out one of their big guns in the form of Darwin Ursal. He doesn’t appear for them as regularly as he’d probably like to, but when he does, the team tend to perform well (this season they won against both Huddersfield ‘A’ and Belgrave ‘A’ with Darwin in the side). Darwin replaced Winston Williams at the top of the board order and was joined by team captain, Richard Porter, Carlos Velosa, Vivienne Webster and Howard Wood.

Hebden meanwhile had their own big guns. All four of them! Messrs Hamer, Cook, Clarkson and Swain have played in every match so far this season and between them have amassed a considerable score of 12 points from 15 games (10 wins, 4 draws and 1 defeat to be precise). They were joined on board 5 for the second time this season by Paul Gledhill.

By all accounts the match was a pretty exciting one with the under dogs on all but one of the five boards taking something from their games. On board 1 Darwin defeated Martyn Hamer to inflict his first loss of the season. Phil Cook was the one player with a rating advantage who managed to win his game as he outplayed Richard Porter on board 2. Andrew Clarkson was lost at a certain point against Carlos Velosa but somehow managed to bag a draw. Sam Swain made a one move blunder against Vivienne Webster to concede his first defeat of the season and Paul Gledhill saved the home side’s blushes by over-coming Howard Wood.

And so, a truly topsy-turvy match ended in a draw. Here’s the full match scorecard:

This represents an outstanding result for Halifax against a team that out rated them on every board but one. Hebden meanwhile, had a collective off night and they don’t have many of those.

Unbeknownst to them, the result in Todmorden provided Hebden Bridge ‘A’ with the chance to overhaul Halifax at the top of the table and also gain a crucial point on their club colleagues who were hot on their heels. They needed to beat Belgrave ‘B’ to achieve that outcome. That they achieved this by a seemingly comfortable margin does not do justice to the tension of the games played on the night or the spirited resistance of their opponents.

The first game of the match to finish was the board 1 encounter between Matthew Parsons of Hebden Bridge and Gordon Farrar of Belgrave. It looked to bystanders like Matthew achieved a comfortable advantage out of the opening from a Caro-Kann Defence and converted it smoothly. However, as Matthew revealed afterwards, he made a move order error and, for a brief moment, realised that he could be lost. Fortunately for him, Gordon missed his window of opportunity and Matthew made sure that he made no further errors as he swept the visiting player aside.

Two tough draws followed this single victory for Hebden as both Andy Leatherbarrow and Neil Suttie found themselves unable to convert advantageous positions against lower rated opponents. Les Johnson on board 4 and Angel Gonzalez on board 5, managed to create problems and resisted the home players stubbornly in order to hold the balance in congested positions.

Hebden won the last two games to finish but both were very hard fought. On board 3, up against Chris Edwards, Dave Shapland got pretty much nothing out of his Sicilian Defence in the opening and misplayed the position slightly when we initiated ideas common to the Sveshnikov Variation in a similar but slightly different line – the Boleslavsky. However, at the crucial moment Dave calculated and saw further over the horizon and suddenly had a rampaging passed pawn that Chris could not prevent from reaching the seventh rank. The game ended pretty much immediately after that.

The last game to finish was another tense affair on board 2 between Stavros Pantazopoulos and Mike Barnett. Stavros got into his customary time trouble in this game but had a very dangerous initiative that finally enabled him to convert a full point late into the evening.

With that win Hebden ‘A’ reclaim they place at the top of the pile, for now at least. They round off their 2019 with a dangerous trip to Halifax ‘A’ in a battle for the top spot. Third-placed Hebden Bridge ‘B’ appear to have an easy fixture away to Brighouse but one can never count one’s chickens in this league, as mentioned earlier, Brighouse drew with the then league leaders Halifax just two rounds ago.

The other match in League 1 last week saw Belgrave ‘A’ visit Huddersfield ‘A’. The home side are perennial contenders in this league but are having a torrid time of it this season. Aside from the aforementioned and outstanding draw with Hebden Bridge ‘A’ back in early November they have managed just one win against Brighouse until this point. Their misery continued as they were roundly drubbed by Belgrave. Richard Boylan saw off Karim Khan on board 4 for Huddersfield but defeats for Steve Westmoreland against John Morgan, Nick Sykes against Malcolm Corbett and David Booth against Dave Colledge as well as a draw between two more Dave’s – Keddie and Patrick – on board 2 did for the home side. Belgrave have now finished their fixtures for 2019 and sit in fourth place on 6 points. They are comfortably clear of their vanquished opponents who are in fifth with 3 points.

Next week we’ll report on the final round of both the League 1 and 2 fixtures before Christmas.