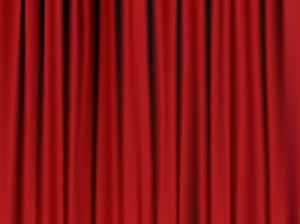 There is lots for me to get through in this post and much news to bring. If you only have 5 minutes to read the contents of this article please make sure you’ve read the “Other news” section down below which highlights some crucial upcoming events that you may need to take action about.

The curtain closed on the Calderdale Chess League 2011-12 season on Monday night as the remaining league 2 fixtures were played. ‘C’ team Captain, John  Kerrane, summarises their crucial last round match against promotion rivals Halifax ‘A’.

Hebden Bridge ‘C’ travelled to Lee Mount Social Club, in Halifax, for the last game of the division 2 season, knowing that they had to beat Halifax ‘A’ to secure promotion to the first division. However, Halifax ‘A’ proved too strong, and the scoreline of 3½-1½ saw the home side to victory and through to a first division place next season, while Hebden Bridge ‘C’ remain in the second.” 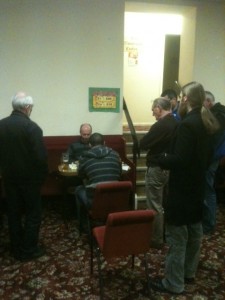 I was at Halifax on Monday night and was pleased to see all members of the ‘C’ team having a really good go at their opponents. They were outgunned on every board but they battled hard. Josh Blinkhorn gave Will Somerset a genuine scare on board 1 when he gained a very active position in exchange for a pawn and a damaged pawn structure. The compensation seemed to be perfectly adequate and indeed analysis immediately after the game seemed to demonstrate that he could have won the game with his rooks and bishops over running the White position at the end. Hard luck Josh!

On boards 2 and 3 Terry Sullivan and John Kerrane both did well to hold Carlos Velosa and Tony Ibbitson respectively to draws. Steven Priest may even have been winning his tight game against Pete Moss on board 4 but acceded to the draw when it was apparent that, as the last board to finish, the result would make no difference to the match outcome.

That just leaves me to mention Neil Bamford‘s game against Adrian Dawson. Neil has had a really good season but has found the second half much easier than the first when he set off like a bullet from a gun. Neil did well out of the opening but then, in  he middle game things went astray and Adrian had a few too many tricks for him.

At the England trials in Liverpool at the weekend, Hebden Bridge’s young star, Kyle Sharpe, played his way into the England under-11 squad by scoring 4/6 in a very strong field. At ten years old, this was a fine achievement, giving him two years to establish himself on the national stage.

Nine-year-old Harry Urquhart-Greaves, playing for Yorkshire under-9s on board 10 of 20, scored an impressive 2/3 at the EPSCA Inter-county regional qualifiers at the weekend in Loughborough. Unfortunately, the rest of the team didn’t fare so well, and the team failed to qualify for the national finals, but, in their first year of entering, they did well to get to this level.”

Congratulations to both Kyle and Harry for their excellent performances. No doubt we’ll hear more about these two in the future.

That just leaves time for me to mention the game viewer below which has 7 of the ‘C’ teams’ games from the last two rounds of fixtures and also a ‘D’ team match game from Danny Crampton who I suspect may have had his best year yet performance-wise.

Next week we’ll start our end of year reviews before the summer programme begins.