January fixtures in both Calderdale leagues have been affected by recent bad weather conditions meaning that some matches have been postponed and this has given the early rounds a disjointed feel. In today’s post I’ll do my best to round up the current situation and recent events in both divisions.

The first round of the second half of the Calderdale Evening Chess League season got under way in both divisions with some mouth watering encounters for Hebden Bridge teams. 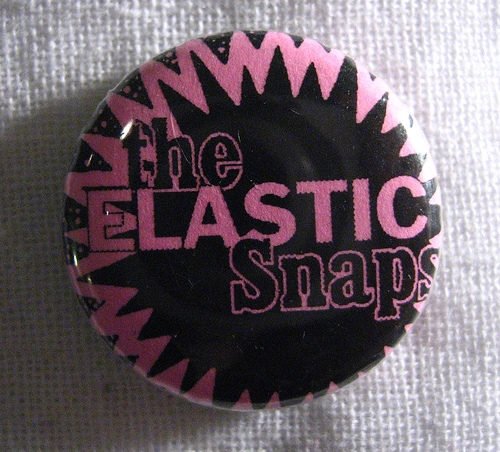 In League 1 pre-Christmas leaders Huddersfield have come back to the chasing pack. Image used under Creative Commons and sourced from pinpricks Flickr photostream

In League 1 the reigning Champions, Hebden Bridge ‘A’, travelled to the league leaders, Huddersfield, on Wednesday the 16th of January. Hebden and Huddersfield have been passing the title between each other for a number of years now but in the last two seasons the competition has become much stiffer as first Courier and Todmorden ‘A’ and then Halifax ‘A’ have succeeded in putting together teams capable of defeating the dominant pair.

Last season Hebden only just scraped to the title on board count over Todmorden having been four points clear after round 8. This year Huddersfield had managed to amass a similar buffer as early as round 6 (!) beating Hebden Bridge, Courier and Todmorden on the way before Halifax managed to stop them in the last round before Christmas to halt their momentum.

The question was whether Hebden could avenge their painful opening round defeat at home to Huddersfield and close the gap to join their rivals at the top of the table. Did I say “rivals”? I should have said “nemesis” because Huddersfield have not been defeated by Hebden Bridge ‘A’ for a number of years now (I’ve been in the league for 6 seasons and I don’t recall an instance in that time) although there have been a goodly number of draws (two just last season) between them.

Arriving at the venue on a bitingly cold Wednesday evening Hebden were given an early boost when it emerged that Huddersfield only had four players! They would never get a better chance to take both points off their opponents. All they needed to do was equalise the other four boards and the job would be done.

Easy? No way. Huddersfield are damnably hard to beat and their line up of Mitchell Burke, David Firth, Dave Tooley and Richard Boylan did not look like the kind of team that would give up without a hard fight and, without their fifth board playing, the team fought like lions to reduce the arrears. All the games were full blooded encounters with plenty of content.

First to finish was board 4 where Richard adopted a surprising gambit line against Andy Leatherbarrow’s Scandinavian Defence. This involved an early advance of the b4 pawn followed by the deployment of the queen’s rook to b1 to gain a tempo on the Black queen. Andy said afterwards that he’d looked at this unusual line a while ago but, as it was hardly ever played in practice he couldn’t remember all the details although he did have some of the key ideas fixed in his mind.

As the game went Black looked a bit passive and it became clear that hanging onto the gambit pawn would involve a long slow haul towards consolidation if any benefit was to be derived. Richard got an active position and a few inaccuracies was all it took for Andy to get into hot water and he resigned in the middle game when it became clear he’d be facing a serious material deficit.

Hebden Captain Dave Shapland has a good track record in his games played at Huddersfield with several notable wins and draws to his credit. He chose to meet Dave Tooley’s Queen’s Pawn opening system with Chigorin’s Defence (1…d5, 2…Nc6) which is considered off beat but not as bad as its reputation suggests. Tooley opted to transpose to a Queens’ Gambit structure but then advanced his c-pawn to c5 giving Shapland the chance to counter with a break in the centre which he took immediately. The position became very messy for a while as Black appeared to have White tied in knots. Possibly Shapland missed a chance for a quick kill in the early stages but the complexities of the calculations dictated a practical approach based on creating a backward White d-pawn for Black to pick at and the exchange of two knights for White’s two bishops. Slowly, Tooley recovered the situation and eventually it became clear that Black didn’t have enough to play for the win so the two Dave’s agreed a draw and the match remained tied.

Shortly afterwards Hebden re-took the lead as Pete Leonard checkmated David Firth on board 2. In a previous meeting between the two Firth had won a nice game against Leonard’s Grunfeld. This time the tables were turned as Pete blockaded the centre and then advance on the king’s side to devastating effect. Hebden were in front with one game to finish.

On board 1 Mitchell Burke took on Matthew Parsons. Previous encounters between the two had been somewhat insipid but on this occasion the Huddersfield Captain, being a point behind before the match had started, realised that he had to go all out for a victory. To his credit, Mitchell did everything he possibly could to secure an advantage and did manage to win a pawn although Matthew had some compensation for it. In his efforts to secure a full point Mitchell got into time trouble before the 36 move control and then again in the allegro finish and Matthew could possibly have secured a victory in a rook and pawn ending before generously offering his opponent a draw as he realised Mitchell had taken risks to try and secure the win his team needed.

The final result was a signal victory on the road for Hebden and a second successive defeat for the league leaders. The match scorecard was:

This result allowed Hebden Bridge and Halifax ‘A’ to catch Huddersfield on points although they retained the league lead on board points scored so far.

The following Monday Hebden were due to travel to Halifax for their second encounter of the season but bad weather forced the postponement of the match and this tie could now become crucial for Huddersfield went on only to draw with Belgrave at home on the Wednesday night whilst Todmorden ‘A’ suffered a serious setback as they lost 4 — 1 away to Brighouse. Huddersfield, Hebden and Halifax now look like the main contenders for the crown although Todmorden and Courier may well still have some bearing on where the title ends up residing at the end of the season.

Meanwhile, in division 2 the run away leaders were Hebden Bridge ‘B’ who had accumulated a significant advantage of 5 points over their nearest rivals by the mid point in the season. They kicked off part two by facing their ‘C’ team colleagues on the 14th of January at the Trades Club. The outcome was another resounding victory for Martin Syrett’s team by a margin of 4½ — ½. Only Neil Bamford was able to put up resistance as he secured an excellent draw against the league’s top scoring individual Dave Sugden.

Hebden Bridge ‘D’s match against Courier ‘B’ was postponed and the following week another derby fixture (re-scheduled to be played a week early due to the unavailability of the Trades Club on the 28th of January) between the ‘C’ and ‘D’ teams was also adversely effected by the weather when the snow made travelling to the Trades Club difficult for all and impossible for some.

As a result the match was played on 3 instead of 5 boards. The ‘C’ team ran out comfortable winners but there was a surprise result on board 1 where the two team Captains faced one another. Ordinarily John Kerrane would be expected to beat his ‘D’ team counterpart Danny Crampton convincingly but, on this occasion, having secured a big advantage, John blundered his queen and had to hang on resourcefully to secure a draw. The individual results in the match were:

This left Hebden Bridge ‘B’s journey to Todmorden ‘C’ on Monday as the last scheduled match of a postponement blighted month. In the reverse fixture earlier in the season Hebden had humiliated their title rivals by imposing a whitewash upon them. Would Todmorden be able to fair any better at home?

The first game to finish was on board 2 where Hebden’s Andy Leatherbarrow equalised quickly against Graham Bowker and then went on the offensive to launch a pleasing sacrificial mating attack. This game is featured with a range of this month’s games at the end of this post.

Board 4 finished next and, somewhat surprisingly, Dave Sugden suffered a second successive set back to his ‘top individual performer’ hopes as Tom Webster beat him confidently with a swift and deadly attack on the Black king’s position. Sugden was forced to give up the exchange and was then unable to find enough compensation with an attack of his own. The match was level.

The remaining three games continued a while longer but Hebden scored two wins and a draw from them to clinch the match. First of all Josh Blinkhorn took full advantage of a huge development advantage that he had accumulated during the opening phase of a Two Knights Defence against Paul Logan. Paul seemed to have discovered a nice tactic to win a pawn but he was dangerously under-developed, Josh had the bishop pair in an open position and the White king was slightly exposed on the king’s side. Paul fought hard but Josh’s bishop pair and rook pair were deadly against White’s undeveloped queen’s side.

Next to finish was Captain Syrett who tried his best to create mischief against Bob Pratt on board 5 but was ultimately forced to settle for a draw that would secure his team at least one point from the match. That meant that everything hinged on the last game to finish between Todmorden’s Chris Edwards and Hebden’s Dave Shapland.

These two have played out several games in the Sicilian Sveshnikov system in recent years with Dave having the edge in recent encounters (the most recent being round 1 of this year’s Calderdale Individual Championship). On this occasion Dave chose to go for an old favourite of his, the Dragon Variation of the Sicilian Defence. Chris spurned the most complex lines and opted for the solid yet strategically complex Classical Variation with 6.Be2. It seemed that White then missed his best opportunities to secure a lasting advantage as Dave was able to manoeuvre his pieces forward and initiated some complex tactical play.

Despite this, Chris defended resourcefully and limited his losses to a single pawn as the pieces came off the board for a rook ending. The transition from middle game to endgame appeared to be the moment of salvation for White but Dave had seen that the White king would be trapped on the back rank and that his connected passed pair of pawns on the queen’s side would be faster to advance than Chris’ pawn majority of one on the king’s side. It took a while to prove the advantage but eventually Dave did secure the full point required for his team to win the match.

The viewer contains a range of games from the fixtures mentioned above. Interestingly the 7 games are all Black wins except for a single drawn game!