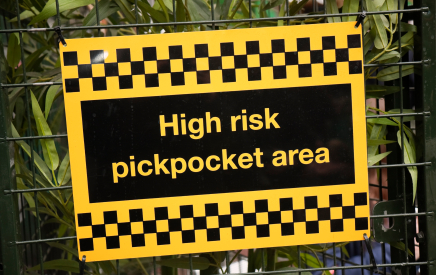 Chess: it’s a funny old game. A position can appear to be straightforward and clear cut and yet there is always a chance that placid waters can become stormy and unclear. Any outcome is always possible no matter how unlikely. The reason for this is simply human error. This is what provides the game with much of its charm. Sure, a computer can give you an ice cold assessment of any position over the board and tell you what the result should be but when it comes to practical over the board play between two people there is always room for doubt. The quote under the title of this website says it all in my view. The margin between joy and sorrow is indeed a fine one and we all do well to remember that. Whichever side of that margin we are on at the end of a game, next time it could be different.

I’m prompted to spout this spurious nonsense because I was directly involved in a stark example of the cruelty of the game at the Trades Club on Monday night as Hebden Bridge ‘A’ lifted the Summer Team Knockout title by beating Halifax ‘A’ in the final by a score of 3½ -1½. The score line masks a topsy-turvy night of drama in which all the participants experienced the full range of emotions associated with any competitive pass time.

First of all a brief explanation to those readers who wonder why a competition entitled “Summer Knockout” is being played out in the depths of winter! Hebden Bridge ‘A’ played the previous round of this tournament back in June. The reason for the delay is straightforward. The two finalists are competing in different divisions of the Calderdale League and, as the fixture schedule sets matches out on an alternate week basis, there simply hasn’t been an available Monday to arrange the fixture on until now. Probably for the best then that the match wasn’t drawn and a replay required!

It is also worth mentioning the slightly unusual format of the competition. All matches are played on a time handicap basis. When team sheets are exchanged by the captains the grading difference between each pair of opponents is calculated and the resulting difference is converted into minutes and subtracted from the higher rated players’ clock and added to the lower. This can mean that, in the case of a large time difference, highly rated players are getting less than half an hour for the whole game whilst their opponents have over two hours. This levels the playing field a little. On this occasion, Hebden Bridge ‘A’ gave away time to their opponents on every board although the differences what not so significant as to have a huge impact on proceedings.

So long ago were the earlier rounds played that Hebden Bridge ‘A’s board 2 player, Darwin Ursal, was still representing Halifax. He therefore stepped back onto board 1 to take on his league team mate, Matthew Parsons. This was certainly the most mouth watering clash of the evening as both players are in good form. In the event Matthew (who had 20 minutes less for his moves) played a couple of inaccurate moves in the opening and Darwin pounced to obtain a positional strangle-hold. The pieces came of the board until the players reached a queen and pawn ending with Darwin a pawn up. These types of end games are notoriously difficult to play because long forcing sequences can frequently occur and must be calculated. In this instance however, Darwin managed to maintain control of proceedings and collected a handful of pawns to win the game.

At this stage of the evening Hebden Bridge had already been forced to grit their teeth and dig deep to stay in the match. On board 5 Nick Sykes was heard to emit a great groan of dismay early in the night as he dropped a piece to the in form John Aldridge. However, he managed to win the piece back later and, by the time the top board had been concluded, the game was closely contested once again. Alastair Wright (representing Todmorden this term) returned to the Hebden Bridge line up on board 4 and he won smoothly against Ray Cully with the White pieces despite giving away over an hour on the clock under the handicap rules.

By the time Pete Leonard and Adrian Dawson had agreed peace terms on board 3 the match was poised at 1½-1½ each and Halifax looked well placed to take a surprise victory. The Sykes-Aldridge clash was balanced but, on board 2, Hebden’s captain, Dave Shapland, was having dreadful difficulties against Carlos Velosa. Playing White, Carlos had conducted himself impeccably in the opening and Dave overlooked a cunning manoeuvre that led to his queen becoming trapped. When the dust from the ensuing complications had settled Dave had only managed to grab a piece as compensation for her majesty and seemed doomed to a swift end but it was hereabouts that Caissa began conspiring against Halifax.

Nick Sykes managed to complete his own comeback by beating John Aldridge to put Hebden ‘safe’ on the 2½ points they needed to secure at least a replay. That result renewed Dave’s resolve as he began to try and find ways of complicating Carlos’s task in the hopes of salvaging a draw that would win the match. In this endeavour he was assisted by his opponent who, having gained such a decisive material advantage now seemed to want to consolidate his position completely as his only weakness was that his king was somewhat exposed. He played too cautiously and suddenly, with only a pair of knights, a rook and a bishop, Dave assumed the initiative. There were real tactical threats but Carlos had more than enough resources available to expose his opponent’s attack as bluster.

Finally more pieces were exchanged and Carlos sensibly gave back the exchange in order to simplify the position to his advantage. He still had a queen for the rook. What happened next was a tragedy for the Halifax player simply moved his king to a square where the Black knight was able to fork the White king and queen! Perhaps, as someone said afterwards, having successfully defused the complications, Carlos relaxed and played an overly casual move. Whatever the reasons a despondent and shell-shocked Velosa now found himself an exchange down in a game he had to win. Dave was now very short of time but the end game was fairly straight forward and Carlos was in no fit psychological state to defend himself effectively. Dave won the game and Hebden took the title.

Some of the games from the final can bee seen in the viewer below (select the game you wish to view using the drop-down menu above the board) and versions with commentary are available to download here. 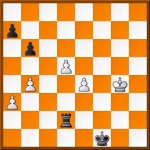 After the match was all over Dave Shapland felt compelled to reflect that he could empathise with Carlos over the trauma of such an unfortunate and untimely abberation. Last summer Dave reached the position on the right in the final round of his section at the British Chess Championship needing a win to finish joint first. Having just forced White to give up his rook to remove a promoted pawn on f1 the game now seemed to be a straightforward matter for Dave to convert. Howerver, instead of playing 58…Ke2 in order to return his king to the action as swiftly as possible, Dave instead had a total brain storm and played 58…Rf2? removing his rook from its defensive task of monitoring White’s most distant passed pawn in order to try and cut off the White king from the pawns. This is completely the wrong way to approach the position and after 59.d6 Ke2? (59… Rd2 would still have been good enough) 60.e5 Ke3 61.d7 Rd2 62.e6 it was White who won! Dave still has nightmares about this position but it reinforced a lesson he won’t forget in a hurry – if you have a rook against connected passed pawns that have not yet reached the sixth rank you must position your rook behind the most distant one whilst you bring up your king.

Whilst the drama described above was unfolding at the Trades Club, Hebden Bridge ‘C’ had travelled to Todmorden to take on their division 2 title rivals Todmorden ‘B’ in a match that had been re-organised to take place a week early to help Hebden manage next week’s busy schedule. Despite the disadvantage of playing with the Black pieces and suffering an unexpected default on board 4, Hebden managed to tie the match to maintain their position in the league.

This result suits both sides who will now pull another point clear of the chasing pack in the hunt for promotion.

One Response to “Hebden pick Halifax’s pocket in knockout final”