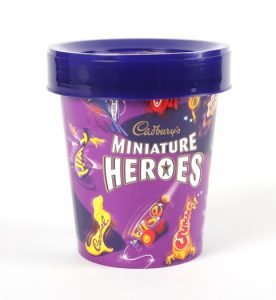 The battle for the Calderdale League 1 title just got very hot this week as Halifax ‘A’, Hebden Bridge ‘A’ and Huddersfield all presented their credentials persuasively while back-to-back champions Todmorden ‘A’ slumped to a defeat.

Let’s start with that last headline as, on Wednesday evening Huddersfield took on Todmorden at home and managed to go one better than Hebden Bridge ‘A’ had done when they drew their match with the champions in the last round of fixtures. This was a blood-soaked match with all five games ending decisively. Tod took boards 4 and 5 as Dave Patrick defeated Dave Tooley and Mick Connor beat Steve Westmoreland. In most circumstances one might have expected that to be more than sufficient for Todmorden to take the match as their top boards are always very reliable, especially with White. However on this occasion they suffered a major malfunction. On board 1 Martin Hamer went down to Greg Eagleton, on board 2 Mitchell Burke beat Phil Cook and on board 3 Dave Keddie overcame Andrew Clarkson as Huddersfield snatched the match 3-2 and sent the champions home with their tails between their legs.

Earlier in the week Halifax ‘A’ gave the clearest possible signal of their intent to win back the title they lost to Todmorden two seasons ago as they fielded their strongest possible line up for the first time this season. This was more than sufficient to brush aside Belgrave ‘A’ although it wasn’t all plain sailing for the visitors as they drew on board 1 and lost on board 3. With more than 30 points rating advantage on the bottom four boards Halifax would have expected to win the match comfortably but on board 3 Gordon Farrar took down Bill Somerset while the battle between Ian Hunter and Winston Williams on board 1 looked on paper like it might be tight and it did indeed end in a draw.  Nevertheless wins for Halifax by Darwin Ursal (playing his first match of the season) against Karim Khan on board 2, John Morgan (also making his first appearance of the season) against Mike Barnett on board 4 and Richard Porter against Angel Gonzalez on board 5 secured victory and means Halifax are now the only remaining team with a perfect record in the league after winning three out of three.

That just leaves us to report on Hebden Bridge ‘A’s home match against Halifax ‘B’. With their ‘B’ team having a bye in round 4, Hebden took something of a chance by leaving out their three highest rated players and replacing them with B-team stalwarts to take on the back markers. This was certainly a risk as they lost with the Black pieces when deploying similar match tactics against the same side last season and certainly couldn’t take victory for granted. However, even without Matthew Parsons, Andy Bak and Chris Bak, they overwhelmed the visiting team.

Objectively speaking Hebden still looked like firm favorites as they out-graded the enemy by 10 points or more on the bottom three boards. The top two boards were also stronger than their counter-parts, though to a more marginal extent. It felt like it was going to be a tough night but, in the event, Hebden pulled two clear fairly early in the evening with a couple of quick wins and never looked back.

First of all, Nick Sykes equalized comfortably against Scott Gornall’s patient opening play on board 3, and then won a piece when Scott left a bishop en prise on move 14 having moved its defender the previous move and evidently ‘forgotten’ he had done so. An embarrassing moment to be sure, but we’ve all done it at some point.

Not too long after that Dave Shapland accepted a resignation from Pete Hughes on move 19. Dave deployed the aggressive Albin Counter-Gambit and it seemed that Pete may have been over ambitious in pushing his queen’s side pawns before getting his king to safety. Suddenly Dave overwhelmed him on the dark squares, won the exchange and a pawn whilst preventing Pete’s king from castling. The position was grim enough to persuade Pete to resign at once rather the be tortured in a drawn out ending with this type of material deficit. Hebden were 2-0 up.

Martin Syrett usually captains the ‘B’ team but with his side enjoying a bye week he took to board 4 against Vivienne Webster and surprised spectators by playing the Sicilian Defence instead of his habitual Scandinavian. He seemed to get a reasonable position in the middle game but Vivienne played patiently and preserved a small edge until the players reached a queen and pawn ending and Vivienne swiped an extra pawn. Unfortunately she overlooked a stronger continuation and allowed Martin enough counter play to force a perpetual check. Hebden just needed a draw from the last two boards to win the match. They did rather better than that!

First Andy Leatherbarrow profited from some more Halifax charity when he pounced on a tactical oversight by Ray Cully to win a piece. Ray didn’t need to see any more and resigned on the spot as Hebden crossed the finish line with a game to spare.

That game too finished in a victory for the hosts as Pete Leonard slowly improved his position after being at a disadvantage against Carlos Velosa in the opening stages on board 2. With the position looking complex but balanced Carlos sought out complications and found a way to ‘win’ Pete’s queen for two knights and a rook. Such material imbalances can be tricky to manage but Pete seemed to keep everything under control and soon managed to restrict Carlos’s queen to such an extent that he saw nothing better than to give her majesty up for Pete’s rook and trying to race a passed pawn to the eight rank. Pete navigated the final complications and forced resignation capping a very fine performance from Hebden.

The individual scores are confirmed below:

The games from this match can be found in the game viewer below.

Next Monday sees the Calderdale Individual Championship getting underway. Once again the Trades Club will host the competition with rounds being scheduled for the 7th of November, 5th of December, 9th of January, 6th of February and 6th of March. There is still time for you to enter if you haven’t already. Further details can be found on the Calderdale Chess League website. Please email or call John Kerrane to confirm your entry by no later than Sunday 6th of November.