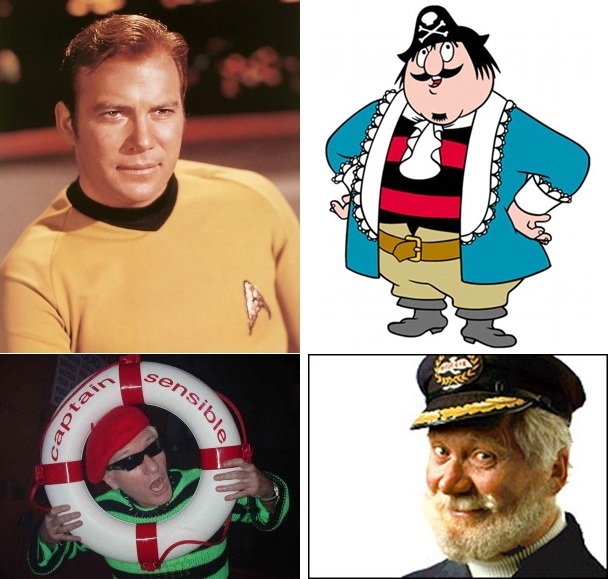 Captain’s Kirk, Pugwash, Sensible and Birdseye. I’ll let the readers decide which of Hebden Bridge’s four team captains these fellows should represent. Answers and reasoning in the comments box at the end of this post please!

First of all let’s congratulate all four of the team captains involved in coordinating their players because it’s no mean feat to get 20 out on one night and shows that, despite struggling more often than in previous years to get enough players to fixtures, Hebden still has a significant pool of members to draw upon.

Of course one might have expected the ‘A’ and ‘C’ teams to glide smoothly to victory against their lower rated colleagues but in fact both matches were very closely contested and served up some excellent results for the underdogs. Hebden ‘A’s title defence has stuttered and ground to a halt in the last couple of fixtures as they lost narrowly to Huddersfield when they might have tied the match and then draw with Todmorden ‘B’ when they might have won. They badly needed to take advantage of this match against one of the weaker teams in the division if they were to have any chance of catching Todmorden ‘A’ and Huddersfield. Unfortunately for them they didn’t pass muster.

There’s no need to document again the travails of our ‘B’ team this season. It’s been a particularly difficult year for Martin Syrett’s men. The news got no better in the New Year as Martin discovered that Dave Sugden has moved out of the area and will no longer be able to play for the club. This left him scratching his head for a team right away. With some support from John Allan, who is not keen on playing in evening league matches, but gamely stepped in on board 1 to help his club field a full complement, and some careful coordination with ‘C’ and ‘D’ team captains John Kerrane and Danny Crampton, five players were found.

On paper it looked like it should be straight forward for the ‘A’s. Matthew Parsons out-rated John Allan by more than 25 points on board 1, Pete Leonard was about 15 points above Josh Blinkhorn in the live list on board 2 and Nick Sykes, Andy Leatherbarrow and Dave Shapland enjoyed statistical superiority of between 20 and 80 points over Martin Syrett, John Kerrane and Danny Crampton respectively as the club fielded all four team captains in one match, which must be a first!

Naturally it’s never quite as easy as the statistics might suggest it should be. Psychologically it can be challenging to ‘get up’ for a game against a club colleague who’s much lower rated than yourself. It’s not so much that complacency sets in rather that concentration levels dip, perhaps your play speeds up and your focus diminishes. That certainly seemed to be the case for ‘A’ team as they collectively had a dreadful evening and only drew a match that could very easily have even lost!

The most straightforward task of the night was given to Dave Shapland on board 5 as he squared up to the ‘D’ team captain, Danny Crampton. Dave didn’t play the opening phase the game with the level of intensity that he usually does and, as a result he drifted into a position that allowed Danny to give up two pieces for a rook and pawn. Dave’s two pieces and pawn were certainly better but it was the kind of unbalanced position that could so easily go wrong and was one that Dave might well have wanted to avoid. Eventually he knuckled down, found a tactical idea that he felt Danny wouldn’t spot and converted his advantage comfortably enough when his opponent did indeed overlook it.

Meanwhile on board 3 in the battle between the ‘A’ and ‘B’ team captains Nick Sykes was getting into very hot water indeed against Martin who had clearly learnt from his foray with the Bishop’s Opening against Dave in the last round of the Calderdale Individual. He played a more accurate move order and applied the pressure with the thematic advance of f4. Nick correctly closed the centre but then seemed to be focused on getting play on the queen’s side whilst his opponent built up a dangerous attack against his king. With most of his pieces cut off from the defence or forced onto the back rank Nick soon found he was defenceless against a mating attack and he resigned despondently.

The scores were level, but not for long. Andy Leatherbarrow played ambitiously against John Kerrane’s habitual English Opening on board 4 and developed a formidable king’s side attack of his own. John gamely tried to plug the holes in his defensive position with pieces but Andy just built up his forces and eventually, with his attack about to break through, John threw in the towel. The ‘A’ were ahead again.

This would normally have been Matthew Parsons’ cue to efficiently finish off his lower rated opponent and seal the match but that wasn’t what happened this time. ‘Careless’ is not normally a word one would associate with Matthew’s play but he wasn’t himself on this occasion and blundered a piece to John Allan who is not the sort of player to whom one should relinquish such an advantage. Matthew went down for the second match in succession and the scores were level once more.

At this juncture it seemed like the ‘A’ team would capitulate as Pete Leonard (returned only that morning from a long haul flight from Mexico) had much the worse of the play against Josh Blinkhorn. Pete was a pawn down but clung on desperately and Josh couldn’t find the accurate continuations that he needed to maintain his advantage. Slowly Pete crawled out of the mine field and the players agreed a draw to tie the match. This was a very well deserved point for the ‘B’ team who move a point closer to safety in the division with this result. They are now two points behind Todmorden ‘B’ who lost to their own ‘A’ team by the narrowest possible margin.

Elsewhere in League 1 leaders Huddersfield maintained their single point advantage over Todmorden ‘A’ by beating Halifax ‘A’ despite losing on the top board as the scintillating Darwin Ursal continued to sweep all before him, this time Mitchell Burke was his victim. This result appears to have put paid to Halifax’s title challenge as they are now 4 points behind Huddersfield and it seems unlikely that they will claw that back in the 6 remaining fixtures.

That outcome coupled with Hebden ‘A’s draw meant that Courier ‘A’ were handed a golden opportunity to jump into third spot by beating Brighouse. This they did quite comfortably as they won on all of the bottom three boards and they are the next team to visit Huddersfield on the 20th. If they lose that match they too will be too far behind the leaders to have any realistic hopes of the title so it will be fascinating to see the outcome of that match. A Courier win would throw the title race wide open again not least for themselves.

In the last of the League 1 fixtures second place Todmorden ‘A’ ‘travelled’ to Todmorden ‘B’ for their second derby fixture of the season. The first one had been a close call and the second was no different as the ‘A’ team scraped home by 2 — 3. Andrew Clarkson suffered his first defeat of the season to Mike Connor on board 3 but wins by Pete Mulleady and Rob Tokeley (the very two players who had succumbed at the last in the match before Christmas against Huddersfield) helped the ‘A’ team to a victory that seems them maintain the pace set by Huddersfield.

The League 2 teams were also in action last week and this of course meant that there was a second derby match at the Trades Club between the ‘C’ and ‘D’ teams. Normally one would expect the ‘C’ team to win at a canter but with the club having to spread its resources to get 20 players to the board on a single night matters were not at all straight forward and, in the end, the ‘C’ team only just made it by a score of 2 — 3. Neil Bamford beat Karl Dickinson on board 1, James Todd defeated Hephzi Leatherbarrow on board 3 and Dave Leggett had the pleasure of winning against his own son Dylan on board 4. However, there were upsets on the other two boards as Paul Dearden downed Ray Deravairere and, in the result of the night Martha Leggett took a full point from Alex Brown with a fine performance.

We haven’t covered off the league positions in the second division for quite a while so let’s put that right now.

With Todmorden ‘D’s withdrawal there are only 7 teams in this division now. Belgrave are currently well clear at the top with 13 points from 7 matches. They beat Courier ‘B’ last week to maintain their advantage. Next come Halifax ‘B’ with 9 points from 6 matches, they defeated their ‘C’ team on Monday. Todmorden ‘C’ and Hebden Bridge ‘C’ both have 8 points and are in joint third position but Hebden have played one game more than Todmorden who did not play last week. Hebden ‘D’ are at the foot of the table at the moment but they are still generating some encouraging individual results which is the critical factor for the development of the juniors.

All the available games from this week’s report can be found in the viewer below.

The League 1 sides play again this week as Hebden ‘A’ host Brighouse and Hebden ‘B’ travel to Todmorden ‘A’.