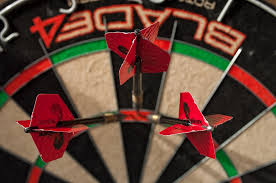 Last week teams from the top half of the division all played against teams from the bottom half in round 9 of the Calderdale Evening Chess League 1. These fixtures produced the kind of one-sided results that might have been expected especially as, in all but one of the four ties, the stronger teams had the White pieces on all five boards. Indeed, the top three teams dropped no more than a single defeat and a couple of draws between them as they made light work of their opposition.

Hebden Bridge ‘A’ travelled to play Halifax ‘A’ at the Lee Mount Club. Halifax were without their Captain, Richard Porter and seemed to feel his loss keenly as the put out a comparatively weak team. They were out graded on every board except on board 1 and in the end all of the games followed the form books.

Bill Somerset was the only one of the home players to draw blood as he beat Pete Leonard in a Closed Sicilian where the players castled on opposite sides of the board. This type of game possibly suited Bill’s style more than Pete’s and, at least on this occasion, it was the Halifax man who took the day as his attack crashed through. Pete’s defensive task was practically quite challenging and he wasn’t able to find the most resilient moves.

That was as much as Halifax could muster however as they lost on all the remaining boards. Carlos Velosa had ‘one of those days’ on board 2 as he blundered numerous times to make Nick Sykes’ task relatively straightforward. Sam Scurfield faired better on board 3 as he closed the centre to slow down Richard ‘Beaky’ Bedford’s play. However, the Hebden man opened the g-file with decisive effect and finished the game in brutal fashion. Neil Suttie and Sam Swain added gloss to the result by defeating Daniel Rowley and Mac Randhawa respectively.

Three of the games from this match can be found in the game viewer at the end of this post. Here is the full match scorecard:

At the Trades Club Hebden Bridge ‘B’ hosted league leaders Golden Lion. Martin Syrett has been able to field a core of four players pretty regularly this season and it was no different on this occasion as he, Andy Leatherbarrow, Paul Gledhill and Neil Bamford (who have all played at least 6 of the 9 fixtures thus far) were joined by John Kerrane who has played less frequently but is hardly a stranger to League 1 chess.

Despite this experienced line up and some spirited resistance by everyone on the team, Hebden were beaten soundly by a visiting side who out-rated them heavily on all but the bottom board. On board 1 Andrew Clarkson was the beneficiary of a blunder by Andy Leatherbarrow which lost a piece for nothing on the spot. There was no point in continuing and the avalanche had begun.

Board 2 saw Captain Syrett last rather longer against Phil Cook but he saw his position slowly eroded by his opponent who won a pawn on move 30 and then a second a few moves later. Martin can always be relied upon to muddy the waters even from a disadvantageous position, but on this occasion, the more he wriggled, the tighter the noose about his neck became. Immediately after time control, and already in a desperate position, he too blundered as he allowed Phil’s queen to fork his king and rook. It was game over.

John Kerrane also put up stiff resistance for forty moves or so against Mick Connor, but then, just as it looked like the game might fizzle out into a draw, Mick found a way to create some complications and John too made a tactical error which saw him lose a piece.

The last two games to finish were the most keenly contested. Never the less, on board 5 Marc Turu was able to grind down Neil Bamford, slowly accumulating small advantages which eventually amounted to a winning position. As his team mates had, Neil did his very best to graft for something but Marc was resolute forcing Neil to concede when he was three pawns in deficit and bound hand and foot.

Finally, there was a rather epic and tense encounter between Dave Shapland and Paul Gledhill. Dave applied some pressure in the opening and appeared at one point to have an over whelming advantage. However, he let numerous opportunities slip through his fingers, then played the ensuing endgame rather haphazardly to see all chances of victory slip away and even allowed Paul a brief opportunity to snatch a win at the death. However, this was one of those occasions when the player who has felt under constant pressure for most of the game was so relieved to see a certain draw that he didn’t really look for a win. Dave was given the chance to correct his error and the last game of the match was halved.

There are four games from this match in the game viewer below. Here is the match card:

This result leaves Golden Lion top of the league on board count. They are three game points clear of Hebden Bridge ‘A’ and both have 16 match points. Halifax ‘A’ and Hebden Bridge ‘B’ remain in fifth and sixth places respectively. They certainly can’t be sure of staying up and will have to ensure they pick up points against the bottom teams when they play them.

Back at the Lee Mount Club, Huddersfield ‘A’ were engaged in the slaughter of Halifax ‘B’ by ½ – 4½. On paper it looked like it should have been a white-wash and it nearly was with only home Captain, Scott Gornall managing a heroic result by drawing with Greg Eagleton who his rated almost 60 points higher than him. The rest of the side were put to the sword and this result ensures Huddersfield stay in the hunt for the title as although they are only on 11 match points they have two re-scheduled fixtures yet to play which, if both are won, will see them move up to be just one behind the two leaders.

The fourth match of the round saw Belgrave ‘A’ host back markers Brighouse. The visitors challenge looked even greater when they arrived with only four players. However, they should great fighting spirit to make the final score line the tightest of the round when Nick Hudson drew with John Morgan on board 2 and Paul Whitehouse went half a point better to beat Dave Patrick on board 3. Brighouse remain bottom of the league and Belgrave ‘A’ in fourth although they are seven points distant behind the leaders.

Be sure to tune back into these pages later this week when there will be a bumper update on the Calderdale Individual Championship when we cover rounds 3 and 4 (which took place on Monday night).

One Response to “Rich pickings for the top trio”