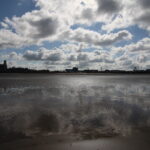 Hebden Bridge Chess Club have sent a healthy delegation of members to Blackpool this weekend for the 45th Blackpool Chess Congress. I’m going to try and keep an open blog going across the weekend to keep you updated of their progress. First of all though, for those who aren’t familiar with it, Blackpool (along with […] 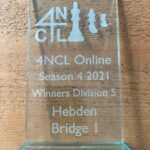 4NCL Online Season 5 began on Tuesday night last week and Hebden Bridge Chess Club once again fielded three teams in this national competition for chess clubs across the UK and Ireland. Having dipped our toe in the water with two teams in season 3 (which was played this time last year), and then expanded […] 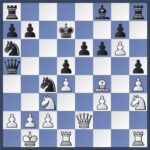 Monday night saw the fourth and fifth rounds of the Calderdale 30 Rapidplay tournament take place at the Belgrave Club in Halifax. Readers may remember from the previous article on this competition that Hebden Bridge D sat atop the table with a perfect record of nine wins from nine games after the first three rounds […] 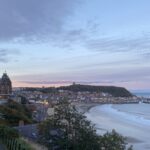 I was at Scarborough over the weekend for the 2021 chess congress. For those who aren’t familiar with it, Scarborough hosts one of the largest weekend chess congresses in the North of England. Having cancelled last year’s edition (like so many weekend congresses) because of COVID, it was great to see the tournament return to […] 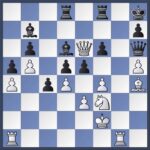 The Calderdale Evening Chess League launched a brand new competition on Monday this week as 30 players from across the region met at the Belgrave Social Club in Halifax to play three rounds of chess at a time limit of 30 minutes each. This tournament will see ten teams of three players participating in a […] 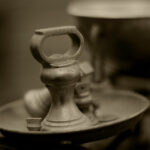 On Monday night the first of the round 2 matches in this season’s Calderdale Evening Chess game were played. As we return tentatively to over the board chess in the wake of the COVID pandemic, there is just one division of eight teams this season and each round of fixtures is played across two weeks. […] 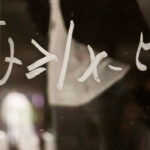 On March 16th 2020 I played on board 1 for Hebden Bridge ‘C’ as they hosted Huddersfield ‘B’ in the Calderdale Evening Chess League. That was a round 11 match and we’d almost reached the end of the season. Sadly, we didn’t make it to the very end. Little were any of us playing that […] 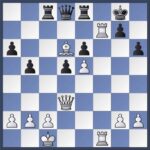 A brief hiatus in posting here means that lucky readers will get all the games and updates from two rounds of the 4NCL Online competition where two Hebden Bridge teams are making their debut appearance in division 7 and fighting hard for promotion. On the 23rd of March round 5 matches took place and the […] 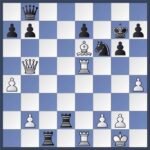 Round 4 of the 4NCL Online Season 3 was played on Tuesday night this week and saw the championship move past the half way stage. Hebden Bridge 1 came into the round with a perfect record of three match wins and 12 game points from those matches. This put them joint top of Division 7 […] 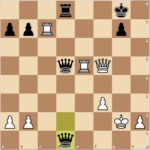 Last week our two Hebden Bridge teams took part in round 3 of 4NCL Online season 3. With both teams having won both their matches so far it was always likely that the strength of the opposition would increase significantly for at least one of the two teams and  indeed, this was exactly what happened […]